Kevin Harvick and Denny Hamlin won the two races of the long-awaited first NASCAR Cup Series doubleheader at Pocono, in a weekend where strategy played an important part and both races were delayed by rain.

Harvick wins at Pocono for the first time on Saturday

After 38 attempts that included four second-place finishes at the Tricky Triangle, Kevin Harvick finally won at Pocono for the first time in his career. Harvick only led the last 17 laps of the 325-mile Saturday race, holding off Denny Hamlin to become the second driver to win at least three times this season. Like most of the drivers who finished in the top five, Harvick chose to sacrifice stage points in order to have a shorter final stop in the latter part of the race, knowing that track position was very important.

The 2014 champion was second when he visited the pits for the final time, but came out in front of his teammate Aric Almirola after only changing two tires. Harvick still had to fend off Denny Hamlin, who had a faster car at the end, but couldn’t get close enough to make a move.

Hamlin, who also took two tires at his last stop, closed a two-second gap in the final laps, but had to settle for second in the first race of the weekend. Polesitter Aric Almirola finished third for the second consecutive race, after leading the most laps and winning stage two. However, the driver of the #10 Mustang lost the lead after the final pit stop, which was longer because he took four fresh tires instead of two.

Christopher Bell had a career-best finish of fourth, ahead of Kyle Busch and Martin Truex Jr. Clint Bowyer made it three Stewart-Haas cars in the top seven, finishing in front of an impressive Michael McDowell. Brad Keselowski was ninth and Chris Buescher rounded out the top ten. Stage 1 winner Joey Logano had to pit with a flat tire with seven laps to go. Saturday’s race started about an hour later due to a heavy rainstorm in the morning.

Harvick and Hamlin finished 1-2 for the second time in two days, but the roles were reversed on Sunday, with the Daytona 500 winner taking his sixth career win at Pocono, tying Jeff Gordon as the driver with most Cup Series wins at the Tricky Triangle. And just like on Saturday, strategy played a huge part in the outcome, with the added element of not knowing if the race would run the whole 350 miles, since nightfall was quickly approaching after two weather-related delays.

In another race defined by varying strategies, Hamlin and Harvick found themselves battling for the win in the closing stages again. Harvick looked like he had the upper hand, as he was in front of Saturday’s runner-up when he made his last pit stop. However, while the Ford driver came to the pits when he knew he could make it to the end on fuel, Hamlin stayed out longer, benefiting from clean air to gain time on Harvick, who was struggling to overtake the cars that were on the same strategy as the #11. The Joe Gibbs Racing driver made his last pit stop with 20 laps to go and came out in front of Harvick, managing a three-second gap on his way to his 41st career win and fourth of the season.

After a tough Saturday race, Erik Jones was the best of the rest, finishing in third place more than 16 seconds behind his teammate. Chase Elliott came home fourth, in front of Aric Almirola, who capped off a strong weekend with another top five. Matt DiBenedetto, William Byron, Clint Bowyer, Alex Bowman and Martin Truex Jr completed the top ten.

Brad Keselowski, who won the second segment of the race, had to pit with four laps to go for a splash of fuel and finished 11th, while stage one winner Kurt Busch also ended up outside the top 10. 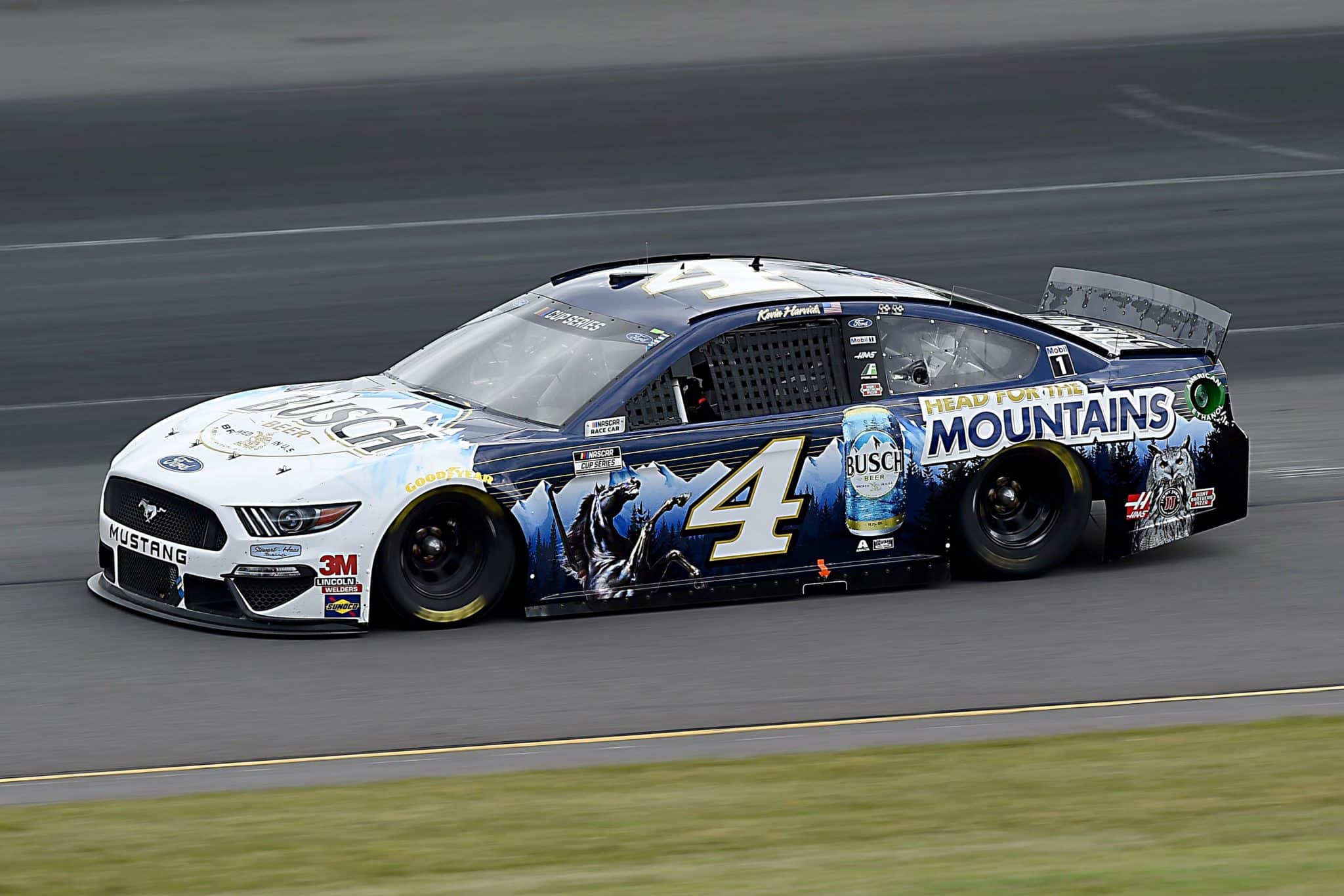