The 2022-2023 NBA Season is right around the corner. While there were many eye-opening blockbuster acquisitions during the Free Agency Market period over the summer, seeing their action on their new teams remains to be seen. In the Pacific Division, the Golden State Warriors are once again NBA Champions, despite the Phoenix Suns reigning as divisional champions.

Meanwhile, both the Los Angeles Lakers and Los Angeles Clippers look to regain some footing after injuries derail their campaign. The Sacramento Kings could look to finally end their postseason drought after missing the playoffs for 16 seasons.

Sacramento has been in the cellar of the Western Conference since their last playoff appearance in 2006. Since that time, they’ve gone through many eras from Kevin Martin to DeMarcus Cousins, but the results remained the same. This upcoming season could be much different. With Domantas Sabonis and De’Aaron Fox at the helm for the Kings, they could make a statement to reach the postseason, however, the Pacific Division will bring a lot of obstacles for them to overcome.

In the NBA Draft, the Kings selected Keegan Murray from Iowa State and Jaden Hardy from the G-League Ignite with the fourth and 37th pick respectively. In the free agency period, they acquired Kevin Huerter from the Atlanta Hawks, who averaged 12.1 points per game and shooting 80 per cent from the free throw line.

Predictions: This will be the season that Sacramento will reach the postseason through the play-in. Granted that other teams in the Western Conference go through a collapse, the Kings could squeeze their way in. Domantas Sabonis and De’Aaron Fox will be the all-star representative for Sacramento and will further develop their chemistry. Kevin Huerter will develop into a star and will increase his three-point shooting percentage.

As the old adage says “The Rich Get Richer” and this applies solely to the NBA Champion Golden State Warriors. The Warriors won in six games against the Boston Celtics, and while they are still riding high from winning their seventh championship in franchise history, there are some glaring issues that need to be addressed. The core of Stephen Curry, Klay Thompson, and Draymond Green aren’t going to be around each other for much longer and the Warriors’ front office has some decisions to make.

Predictions: Despite the glaring issues looming overhead, Golden State looks to be the favorites to win the NBA Championship this upcoming season. However, should drama and other issues come about for the Warriors, it could hinder any chance of a repeat as champions. The main thing Golden State will have to worry about is free agency period of next summer, with Draymond Green becoming a free agent.

Last season was more of the same for the Lakers, who finished with a record of 33 wins and 49 losses. Los Angeles dealt with injuries, Russell Westbrook’s inefficient offense, and trying to put the right pieces together for a winning formula. In the NBA Draft, the Lakers selected Max Christie from Michigan State University and in the free agency period, they acquired Patrick Beverley from the Utah Jazz and Dennis Schröder from the Houston Rockets.

Los Angeles has all the tools to contend with the best teams in the league with LeBron James and Anthony Davis, but injuries and time catching up to them will be the main challenge. While on the subject of time, the Lakers will need its young core of Kendrick Nunn, Juan Tosacano-Anderson, Lonnie Walker IV, Thomas Bryant, and Troy Brown to develop into reliable players to pick up the slack.

Predictions: The Lakers are the Lakers, which isn’t saying much depending on perspective. Aside from LeBron and possible AD being all-stars, Russell Westbrook will have a bounce-back season after fixing his jumpshot during the offseason. Along with the combination of their trio of all-stars, it’s possible that the Lakers could sneak in the postseason as either a play-in team or as the fifth or sixth seed, granted that they steer clear of injuries and place a limit on Anthony Davis’s time on the floor to prevent such a thing.

The Clippers suffered a rough last season that was marred by injuries to Kawhi Leonard and Paul George. Despite the production from Terrance Mann, Luke Kennard, Norman Powell, Robert Covington, and Nic Batum, Los Angeles still missed their two-star players. In the draft, the Clippers selected Moussa Diabate from the University of Michigan, while in the free agency period, they would acquire John Wall from the Houston Rockets.

Predictions: Kawhi Leonard and Paul George will lead the Clippers into the playoffs, perhaps going even further this time around. John Wall will have a resurgence of a season after spending much of his time in Houston not doing anything at all. Terrence Mann will evolve into a reliable sixth man, which will lead to him winning the Sixth Man of the Year award. This Clippers team should not only be fun to watch, but they will be competitive, granted they stay away from injuries.

Two seasons ago, Phoenix reached the NBA Finals for the first time since 1993, whereas last season, they suffered a second-round exit against the Dallas Mavericks. During the free agency period, the main storyline with the Suns was figuring out what to do with DeAndre Ayton. At one point, there were rumblings of Phoenix looking to acquire Kevin Durant, but nothing came to fruition as they would come to an agreement with Ayton.

It would seem like everything was at peace for the Suns, but now Jae Crowder has expressed his displeasure with the team and wants to leave. Phoenix is going to have to figure out what to do with Crowder in the same vein they did with Ayton. Either way, the Suns’ front office will have to find a way to solve this situation while their team looks to make a bid to return back to the promised land.

Predictions: Chris Paul and Devin Booker are going to be the obvious all-star representatives for Phoenix, while DeAndre Ayton will look to increase his numbers on the points and rebound department. Cameron Payne will be in contention for the Sixth Man of the Year award. As for the postseason, the Suns will make another deep playoff run, but just how deep can they go? The conference finals or the finals themselves?

The Pacific Division is going to be the most competitive division in the entire Western Conference and with good reason. Aside from Golden State as defending champions and Phoenix as defending division champions, the Lakers and Clippers will be looking to prove that they belong at the top of the West, while Sacramento will look to break the postseason drought. The Pacific Division will definitely bring all the must-see drama and excitement for the upcoming season, and it will be hard to decide how which team will finish where by the end of the season. 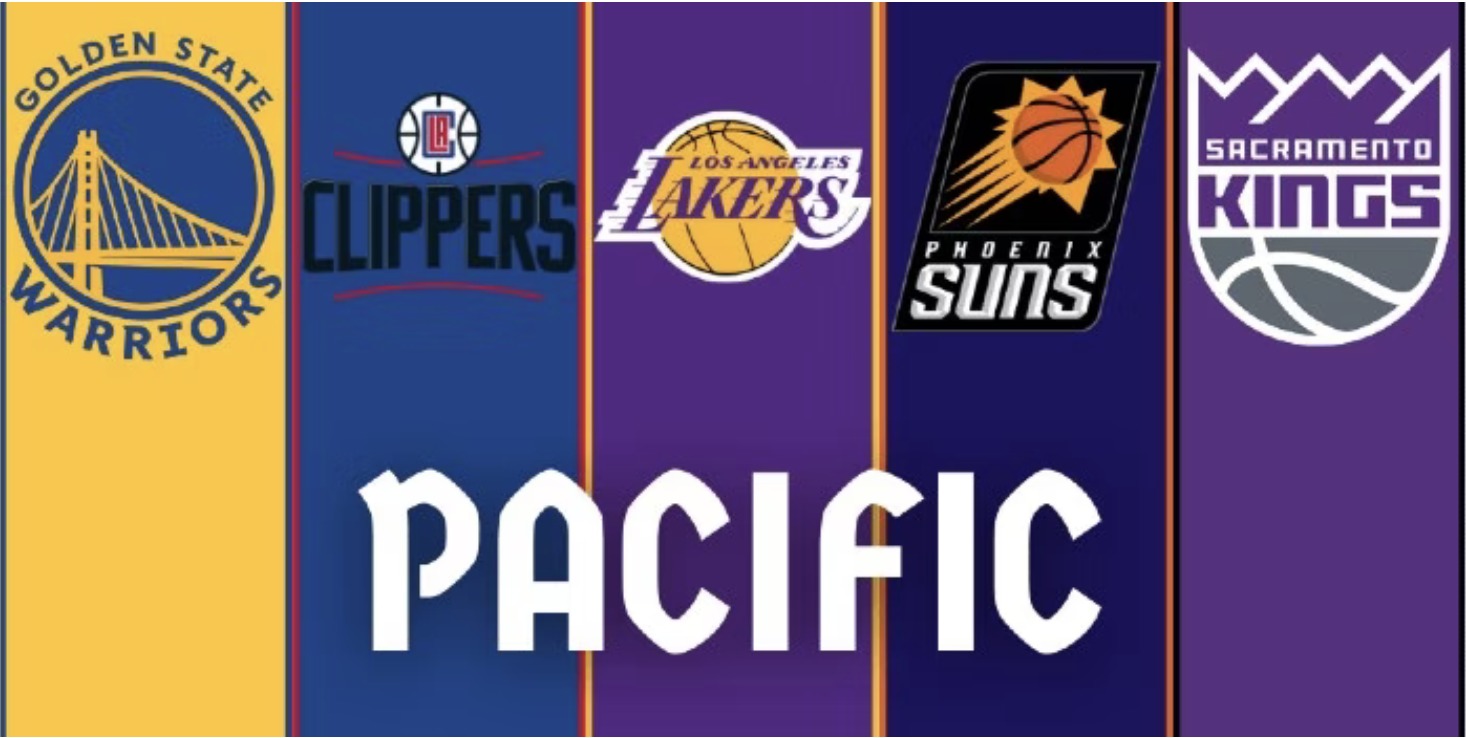