It’s been a week surrounded by drama, doubt and despair in the footballing community and to top it all off, we have a cup final to enjoy. Tottenham takes on Manchester City in the Carabao Cup final tomorrow afternoon, the same competition that Spurs won 12 years ago and has been their only trophy since.

City on the other hand will be looking to keep their treble hopes alive, having reached the Champions League semi-final and being 11 points clear of their Manchester rivals at the top the Premier League. They will also have the chance to win their fourth consecutive League Cup, which Liverpool managed to do between 1981 and 1984.

Going into the game, however, both finalists have been involved in a rollercoaster week with the controversial ‘European Super League’ idea being announced, with 12 clubs in total looking to break away from UEFA’s current format to form their own competition. Thankfully for football’s sake, the league was disbanded after fury from fans which lead to all six English clubs deciding to withdraw.

Spurs have also had a change of manager with recent results leaving Tottenham chairman Daniel Levy with no choice but to sack Jose Mourinho. The new interim boss Ryan Mason took charge of his first game against Southampton and became the youngest ever manager to manage in a Premier League match.

In terms of the final itself, the big news is whether Harry Kane will be fit enough to feature. The Spurs forward injured his right ankle in his side’s 2-2 draw with Everton last week and was ruled out for the win against Southampton on Wednesday. Mason stated in yesterday’s press conference that:

“I don’t know if Harry is going to be available for training Saturday, let alone the game on Sunday. But, if he is, then it’s a quick turnaround. A week without training is not a problem for someone in Harry’s condition. But I think we are going to have to assess it later tonight, early on tomorrow morning, and see if we can get him onto the pitch.”

Journey to the Final

City started off their League Cup campaign with a narrow 2-1 victory against Championship side Bournemouth at the Etihad. Meanwhile, Tottenham’s start was much easier as their game against Leyton Orient was sadly called off due a Covid-19 outbreak in the Orient camp. This meant Spurs got a bye to the Round of 16 and Orient were eliminated from the competition without even kicking a ball.

The next round saw City ease past fellow Premier League side Burnley with a 3-0 win at Turf Moor. Raheem Sterling scored twice and new signing Ferran Torres netted his first for the club. Spurs’ Round of 16 game was one to remember as they edged past bitter London rivals Chelsea. The game ended 1-1 after 90 minutes and the two sides had to settle it with a penalty shootout which Tottenham won 5-4. The decisive moment came when England international Mason Mount grazed the outside of the post with his spot kick to send Spurs through to the Quarter-Finals.

City faced Tottenham’s North-London rivals Arsenal in the Quarter-Finals and thrashed them 4-1 at the Emirates and book their place in the semi’s. Spurs faced a cold Wednesday night in Stoke but came out on top thanks to goals from two members of the ‘Welsh Mafia’ Gareth Bale and Ben Davies, and of course a goal from Harry Kane to win 3-1.

City had a derby of their own in this round as they faced Manchester Utd at Old Trafford. Pep Guardiola’s side managed to keep a clean sheet and scored twice through John Stones and Fernandinho to send their rivals out of the competition. Meanwhile, Spurs welcomed Brentford to the Tottenham Hotspur Stadium, which saw Moussa Sissoko and Heung-Min Son leave the Bees heartbroken in a 2-0 defeat for Thomas Frank’s side who looked to cause a Semi-Final upset.

This brings us to the final where Wembley will host 8,000 fans, the largest number of spectators that English football has seen since the start of the Coronavirus pandemic. Both clubs have made 2,000 tickets available for their supporters, with the remaining tickets being sold to NHS staff. 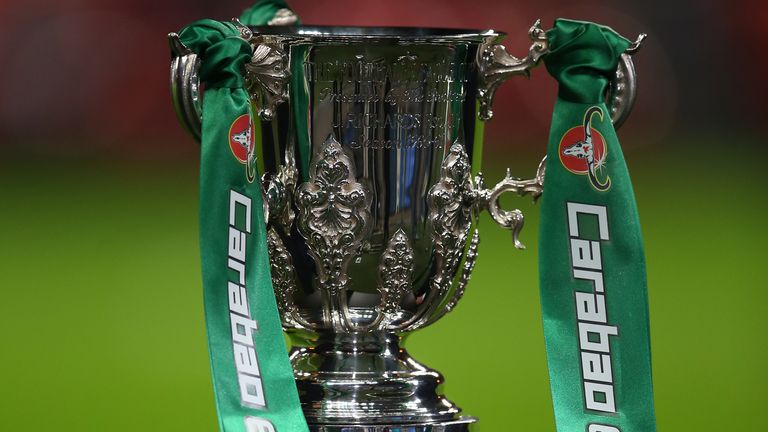