NRL players, coaches and fans donned navy blue beanies in Round 15 of the season for the annual Beanie for Brain Cancer round. This year, the NRL proudly announced a record $4.1 million had been raised for the event’s organiser, the Mark Hughes Foundation.

Around the grounds, the Titans and Roosters gave up promising leads, while the Storm collected one of their biggest points hauls and the Dragons and Knights snuck by in nail-biters. All this to determine who has earned a Maroon or Blue jersey for Game II of the State of Origin series.

South Sydney’s best players were electric against the Brisbane Broncos with efforts keeping them firmly in the mix for Origin selection. Cody Walker’s no-look pass to give Latrell Mitchell the first try of the night set the tone with Souths claiming all the points.

The five-eighth had a hand in two more tries while Alex Johnston and Campbell Graham each picked up a double. The Broncos had no points in them, their sole highlight coming when Xavier Coates ran 80 metres to chase down and diffuse Dane Gagai’s try attempt. Their season could be further hampered after forwards Payne Haas and Tevita Pangai Jnr landed themselves in trouble for crusher tackles.

The latter revealed post-match that Brisbane no longer wanted him, adding to an array of off-field troubles at the club in the wake of another disappointing season.

Home ground advantages don’t always count for much. The Cowboys can attest to that – they haven’t had a great record at their new stadium and the Cronulla Sharks’ visit looked to be another disappointment for the home crowd early on.

However, North Queensland clawed their way back from 12 points down to tighten the gap 30 minutes in. The Sharks sprung out to another lead in the second half before Kyle Feldt landed two consecutive tries for the Cowboys, including a sneaky putdown in the corner from dummy half. But with four tries apiece and a perfect conversion rate all around, an earlier penalty goal from Cronulla’s Shaun Johnson proved the difference to knock the Cowboys out of the top eight.

Both sides will be on the road following the week-long break, with the Cowboys taking on the Knights and Cronulla to come up against the Broncos.

The Sydney Roosters hoped to catch Penrith on a low following the Panthers’ consecutive losses to the Tigers and Sharks. And 14 minutes in, a 12-0 lead put the Chooks in good stead.

But back at full strength, Penrith hit back immediately. Stephen Crichton scored the Panthers’ first before Siousiua Taukeiaho was controversially sin-binned for a high tackle that would have collected Nathan Cleary cleanly if the latter hadn’t slipped. That decision opened the game right up for Penrith as a Brian To’o double dragged them into the lead and Cleary directed the slaughter beyond that.

With that, the Panthers assured that they should have no troubles once Origin is complete. And with the week off coming up and a bye to come shortly after, the worst of their concerns have been left behind.

The Newcastle Knights welcomed Mitchell Pearce back from a pec injury to face the New Zealand Warriors. He and Jake Clifford combined in the halves for the first time and commanded a gritty team performance.

Clifford and Reece Walsh had an interesting battle as the Warriors youngster struggled to handle Clifford’s kicking game despite giving it a red-hot go. Walsh had a mixed performance which included several line breaks, a try attempt that was diffused just short of the line, and a missed field goal, but the Warriors’ focus has been on the learning-curve side of the matter. However that failed field goal may have made the difference, as it handed Newcastle a strong position with scores locked at 6-all with five minutes remaining.

Brodie Jones scored the matchwinner in the corner soon after to hand the Knights the win, emboldening their prospects of a return to finals contention.

Mother Nature cannot be underestimated. With a strong wind behind them, the Canberra Raiders ran out to a 14-6 half-time lead over St. George Illawarra.

Then they had yet another second half to forget. Canberra activated their 18th man at the start of the half following a high contact penalty, but the move was illegal as the offender hadn’t been sin-binned and Xavier Savage came off after 11 minutes in a strange debut. The Dragons had their chance with the wind behind them and soon came within a converted try of the Raiders’ lead. A well-executed 40/20 kick from Ben Hunt set up the match-winning try from his halves partner Corey Norman.

The Dragons and Raiders will need to be wary come Round 16 – They’ll face the Warriors and Titans respectively, two clubs which have shown plenty promise despite their disappointing recent form.

It was pure joy to watch… if you’re a Storm supporter. But for many the season’s biggest blowout so far between Melbourne and Wests Tigers was cause for concern.

The game may well have been over 17 minutes in, when Melbourne had already charged to a 30-0 lead. Perhaps most impressive was that no one player appeared to dominate with ten unique try-scorers, a list that didn’t include their top try-scorer of the season Josh Addo-Carr. It was a blowout unlike any other that’s been seen, perhaps the most significant case against the wave of rule changes that have encouraged high scores.

A few injuries and a suspension concern are the sole concerns for Melbourne as their game against the Sydney Roosters looms.

Canterbury may have shown their most promising signs yet. The Bulldogs maintained a gritty first-half performance against old foes Parramatta and even had a slight edge on the premiership contenders at half time.

The Eels’ turnaround came in the form of a bizarre series of brain fades on Canterbury’s part. Six minutes into the second half, Dylan Napa knocked back a pass after not paying attention before Brandon Wakeham tackled Mitch Moses without the ball to concede a cheap penalty. What followed was a string of points in Parramatta’s favour, including a double for Sean Russell in a stellar debut.

There’s hope for the Bulldogs, but it’ll be a hard slog. The Sea Eagles and Roosters are up next.

There’s no telling which Titans outfit is going to turn up every half, let alone every match. Gold Coast have been hot and cold all season and their latest performance against the Sea Eagles should see them well out of finals contention.

At half time, the Titans looked comfortable with a 24-8 lead. But then Manly blew them off the park with 48 unanswered points. Tom Trbojevic completed the hat trick he’d started in the first half, while Reuben Garrick went one better with four tries. Jason Saab and Daly Cherry-Evans – the latter celebrating his 250th career game – also had a part in handing Gold Coast one of the most embarrassing defeats in recent years.

A second straight 50-plus points haul for the Sea Eagles bodes well for their upcoming matches. They face the Canterbury Bulldogs and Canberra Raiders between the remaining Origin games before a relatively easy set of match-ups makes up the remainder of their season.

Following a 50-6 flogging of the Queensland Maroons in Townsville nearly two weeks ago, the New South Wales Blues couldn’t be in a better position to reclaim the State of Origin shield. But the crowd will still try to make it hard for them – Game II will be played at Suncorp Stadium in the Queensland capital, a notorious stomping ground for the Maroons.

Queensland coach Paul Green is relying on a drastic shake up of the Maroons squad in his bid to ensure Queensland remains a chance to defend its 2020 title. Arguably the most shocking inclusion is Reece Walsh, who will come in at fullback after Kalyn Ponga was ruled out despite having only played seven NRL games. Francis Molo will be the Maroons’ other debutant, named to start in interchange. Andrew McCullough, Josh Papalii and Ben Hunt will return while Harry Grant, AJ Brimson and Xavier Coates are among several names ruled out or dropped.

Brad Fittler is sticking with a winning formula for his NSW coach, only needing to take one player out of the Blues’ Game I lineup. Jake Trbojevic has been forced out of the squad through injury, with Junior Paulo named to take his place. Angus Crichton takes Paulo’s spot in the interchange after suspension kept him out of Game I. Apisai Koroisau retains his place as 18th man, with Dale Finucane and Campbell Graham on standby if injury hits the training camp

Before that game takes place, the Sunshine Coast will host the Women’s State of Origin match. Like their men’s counterparts, Queensland have a title to defend, but they only have one chance to do so.

The women’s State of Origin will be contested on Friday night local time, before Game II of the men’s series takes place two nights later. 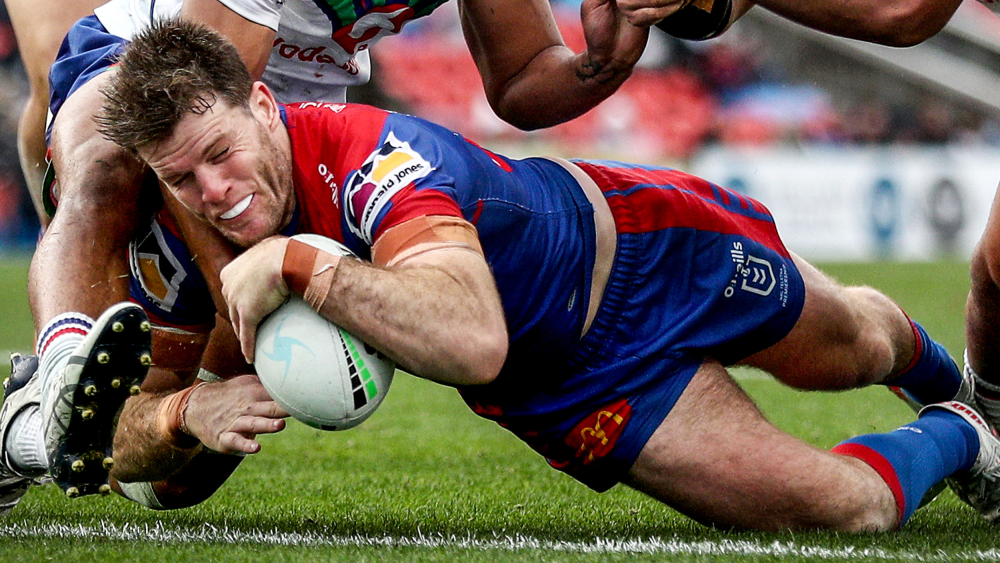