AC Milan met Inter Milan for the first Milan derby for the 2010-21 season.  The match was an enthralling one, ending in a competitive 2-1 win for the ‘I Rossoneri.’ Zlatan Ibrahimovic scored early in the match, 13th and 16th minute before Romelu Lukaku put pulled one back for Inter Milan in the 28th minute.

These were the only goals of the game. The win for AC Milan was their first since 2016 against their fierce home rivals.

Inter without the clinical touch:

Antonio Conte’s side produced a dozen good chances throughout the match but only managed to find the net only once. Many of the chances produced by I Nerazzurri were either shot out wide or were too timid to really challenge Donnarumma.

The wide players in Conte’s 3-5-2 formation simply could not get into breakdown Milan’s defence and most of their play was a straight-forward approach. Inter Milan looked too haphazard in their press to win the ball back and once they lost it, they clearly lacked the needed vision to convert the chances.

The Serie A looks a very competitive league this season. Such poor conversion and prove very costly for the’ Blues and Blacks’ over the course of the season.

Zlatan Ibrahimovic had a wonderful night against his former club. He scored early into the game, first from a rebound of a penalty that was saved by Samir Handanovic and then three minutes later he converted a perfect cross from Rafael Leao.

He proved to an anchor from AC Milan once again. Every time Milan’s attack looked unorganised and confused, he used his incredible presence to bring his side back into the game.

Zlatan was simply the leader of a relatively young side. His monumental mentality and approach to the game will be a key for the team as they begin their European adventure next week in the Europa League.

Stefano Pioli’s 4-2-3-1 formation might have been a grand success for the attackers, but the full-back’s have still not been able to get cushioned to the formation.

Young defender Theo Hernandez had a mixed game as his attacking game provided the side with an extra cutting edge, but failed defensively. On two occasions, Achraf Hakimi and Romelu Lukaku used his defensive failures to get into the box and create chances.

Also, there was less defensive yielding from the forwards as they spend most of the time high up the pitch, leaving a gap between the midfielders and attackers, something that Inter Milan used to their benefit.

Stephano Pioli must look forward to solving his defensive problems as soon as possible.

Milan looked completely stunned during the counter-attacks, which were eventually thwarted by reckless challenges leading to yellow cards. This is no long term policy, as soon the Italian coach could find most of his players suspended. 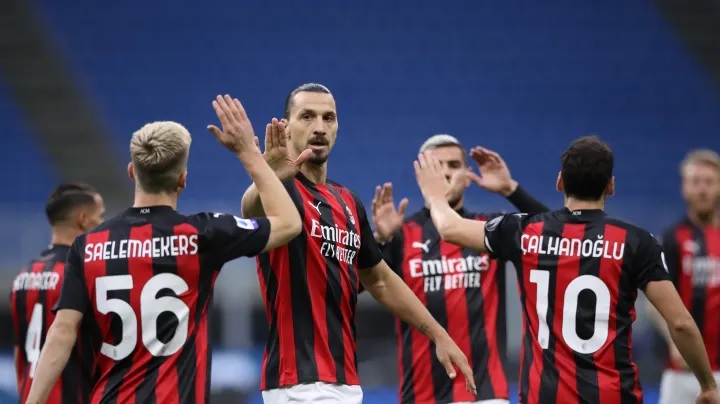