Qatar 2022 is fast approaching and England Manager Gareth Southgate has some big decisions to make, one of which is who should be his Number One keeper.

Jordan Pickford and Aaron Ramsdale have been England’s best two goalkeepers, but only one can start.

Even though Pickford’s form at Everton has been a little inconsistent with results, He holds the record for the most saves this season.

107 saves, eight punches, five sweeper clearances, and one catch from nine appearances is pretty decent considering where Everton is in the table.

The 28-year-old has been Southgate’s trustee with the gloves in the previous two tournaments, He was the hero of England’s round of 16 games against Columbia, and made some crucial saves for the team, particularly against Columbia. He also has

However, he has conceded 48 goals, in 30 games in all competitions this calendar year

On the other hand, Ramsdale has let in 37 from the same number of games.

Pickford is the more experienced of the two, with 45 caps, compared to Ramsdale, who has just three caps.

Before Southgate took the job, there was always the issue of England picking players, who had done well in previous international matches, rather than picking players who are in form. But since Southgate has taken over, the trend seems to have changed.

However, would he be willing to sacrifice a player who has never let him down, especially at the last two tournaments, it’s a tough call.

“He’s definitely been the best English goalkeeper performing in the Premier League this season, but – and it’s a big but – Jordan Pickford, despite the criticism he gets at Everton, has never let Gareth Southgate down. “It would be a massive call if come Qatar, Southgate says ‘on your bike’ and puts Ramsdale in goal. Any mistake would just be magnified, and everyone would be asking where is Pickford?’

Also, prior to Russia 2018, England goalkeepers had a hstory of making mistakes at crucial times, take Joe Hart’s hoeler against Iceland at Euro 2016.

If we look at the amount of fixtures until the World Cup, The Toffees have five matches to go, whearas the Gunners have eight, therfore, Ramsdale has more of a chance to show why he should be England’s number one at the World Cup.

But you just get the feeling that Southgate will contiue to back the Toffees keeper purely becuase of his performances at the last two tournaments.

Then there is the question of, who is the third choice keeper?

Newcasatle’s Nick Pope and Crystal Palace’s Sam Johnston are the likely candiddates, Although, as Pope is a reguler starter for Newcastle, you would expect Southgate to giv him the nod over the 29-year old.

Pope has played all of the Magpies’ 11 matches and has kept five clean sheets this seeason, Johnstone has only featured in the EFL Cup second round tie against Oxford United, therefore, having Pope as your third goalkeeper, is a no brainer.

Who will win in the audition to be England’s Number One in Qatar? 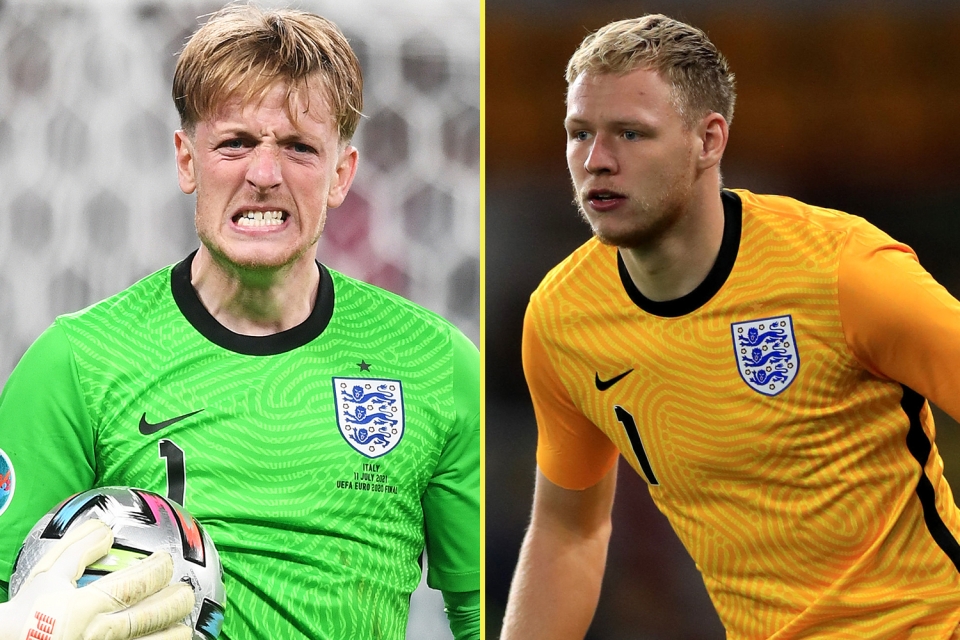