German international Leroy Sane has one year left of his contract at the Etihad. It is well known that Bayern Munich are interested in acquiring the 24 year-old’s services.

Earlier today, Man City boss Pep Guardiola confirmed that Leroy Sane will not be extending his stay with the club.

The City boss also stated that German giants Bayern Munich, have made offers to the winger. However, Sane has no intentions of signing a new deal with City.

It is highly likely that Sane will depart to Bayern Munich in the summer; providing the two parties can agree a fee. There will be no doubt that City won’t be selling the talented winger on the cheap.

When the news broke, Guardiola stated: “Leroy has said he doesn’t want to extend the contract. It means he wants to leave. It’s going to happen this summer or at the end of his contract. The club have offered him a new contract two or three times and he has rejected, so he’s going to play for another club”.

During last summer’s transfer window, Sane was heavily linked in joining the Bundesliga champions. This was expected to go all the way to deadline day. Unfortunately, the German winger suffered a serious knee injury during their Community Shield game against Liverpool last August.

With the setback lasting for several months, Bayern opted out of pursuing a deal for him in January. However, Sane had been edging closer to a return to action, until the Premier League season came to a halt in March, due to the Coronavirus outbreak.

Now on the road to recovery, Sane was an unused substitute in the game against Arsenal on Wednesday. City came out 3-0 winners in their first game back from the enforced break. Guardiola has insisted, Sane very much remains part of his plans for the remainder of the season.

The German winger joined City from Schalke in August 2016; costing the Blues £37 million. Pep has expressed his sadness of Sane wishing to leave Man City.

“I’m so disappointed. We want him. He’s a young player with incredible potential and incredible quality and that’s difficult to find all around the world.”

“We tried before the injury, we tried before surgery and after that, but he has rejected and he has other ambitions. I understand. We want players who want to play for this club”.

Guardiola the went onto praise Leroy Sane, claiming he’s an ‘incredibly nice guy, educated and has a nice family’. He then went onto admitting the German wants a fresh new adventure for his career. At an age of 24, you can’t knock him for that.

Talking of contracts; Chilean goalkeeper Claudio Bravo’s contract is due to expire at the end of the month. Boss Pep Guardiola confirmed Bravo will sign a short contract extension to play with the club, until the end of the season.

So what will Leroy Sane do next? Will he leave this summer? Will he run out his contract?

I doubt that City will want to offload the winger for free next season, when his contract expires. A talented winger such as Sane, I expect City will look to cash in and hope to reach a deal with Bayern, or any other clubs that inquire. Whatever the outcome, Sane has been an exceptional player in the Premier League; taking it by storm with pundits and journalists constantly singing his praises. It’s clear to see why they do. 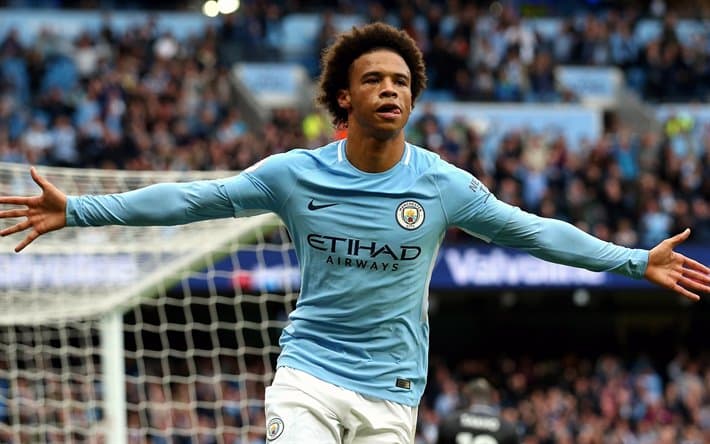