After opening the Chase with a mediocre 20th-place finish at Chicagoland Speedway  thanks to an ill-timed caution that pinned him a lap down,  Harvick had already found himself in a difficult spot. But with five laps to go Sunday, Harvick, jumped ahead of Matt Kenseth after a late restart, Harvick pulled away to win by .442 seconds and joined Chicagoland winner Martin Truex Jr. in the Chase’s Round of 12.

“One of our main goals this year was to not stress ourselves out so bad,” said Harvick, who won last year’s Dover race to escape the Round of 16 in his last opportunity. “I feel like the performance of the car and the things that we’re doing are good enough to be competitive, and we just need to not make mistakes and go from there.”

Harvick got his opportunity to win the race when Ricky Stenhouse Jr. and Reed Sorenson collided on the backstretch on Lap 291 to bring out the sixth and final caution of the race.Starting on the inside lane and timing the restart perfectly, Harvick stayed side by side with Kenseth entering the first corner and cleared Kenseth through turn 2. Kenseth was unable to get back to the rear bumper of Harvick over the final six laps. Truex and Matt Kenseth were the class of the field most of Sunday and waged a hard fought battle for the lead for a good chunk of the day, especially over the last 50 laps.

Kyle Busch, who closed in on the leaders late in the race, finished third, with Brad Keselowski fourth. Truex led a race-high 141 laps, but dropped several spots from second during a late restart.Truex and Matt Kenseth were the class of the field most of Sunday and waged a spirited battle for the lead for much of the afternoon, especially over the last 50 laps.Several times Truex got to the inside of Kenseth and appeared to be in position to make the pass for the lead.

Each time, Kenseth was able to hold him off. Then on the restart after the caution flag flew for Trevor Bayne hitting the outside wall with 16 to go, Kenseth blew away Truex and the rest of the field. 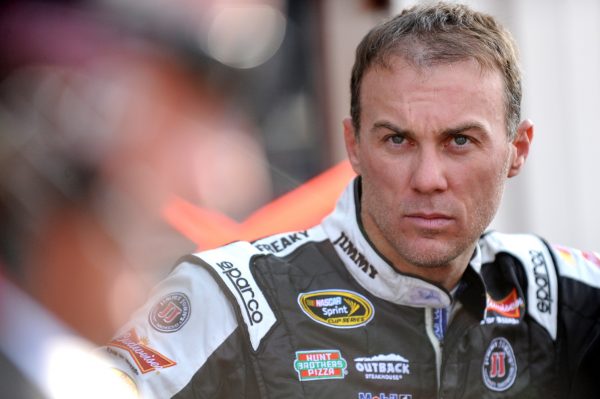