After FA cup fixtures, Premier League is back on Tuesday.

Arsenal will welcome Southampton to Emirates stadium. Southampton have won three games in a row.

They thrashed Arsenal 4-0 in the reverse fixture on the Boxing Day.

Arsenal is without Tomas Rosicky, who suffered another injury in the FA Cup match against Burnley.

Alexis Sanchez, who came on as a substitute against Chelsea, will push for a start.

Per Mertesacker, who was sent off in that match will return to the lineup after serving a one-match ban.

Ozil, Ramsey, Cech, and Bellerin are available for the Gunners.

With Francis Coquelin back from injury, January signing Mohamed Elneny will have to start once from the bench.

Jay Rodriguez and Florin Gardos are out injured for Southampton but Steven Davies is available. 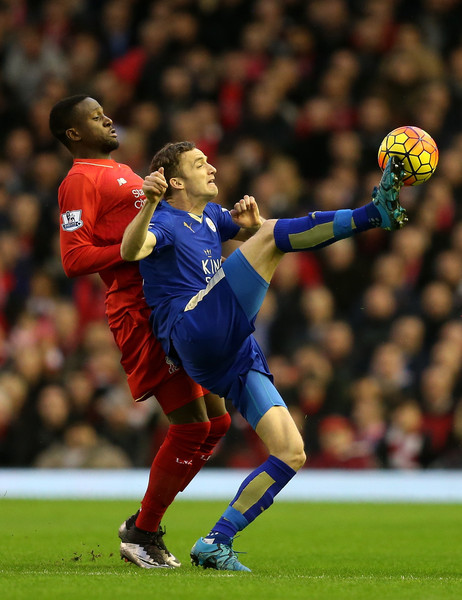 Leicester City will be looking to extend their stay are League leader’s against Liverpool on Tuesday.

Leicester are on a five-game unbeaten run in the league. After a short goal drought, Jamie Vardy returned to scoring form last week.

Meanwhile, Liverpool are struggling to find consistency. They have signed Steven Caulker to bring some stability in the defense. They will be coming to the game on the back of a dramatic 5-4 win over Norwich.

Jeff Schlupp is a doubt for Leicester.

Liverpool will be without Daniel Sturridge, Divock Origi, Coutinho and Skrtel.

Norwich City will welcome in-form Tottenham Hotspur to Carrow Road on Tuesday evening amid their defensive crisis. They let in 43 goals this season.

On the other hand, things are going well for Tottenham manager Mauricio Pochettino.

They have attempted 153 shot on target this season while has only allowed joint low 72 against them.

Alexander Tetty is out with a thigh injury and Gary O’Neil will serve his last match of his ban for Norwich.

Ryan Mason is available for selection but Clinton N’jie and Jan Vertonghen miss out through an injury.

Struggling Sunderland will welcome Manchester City, who will be looking to close the gap on leader’s Leicester, on Tuesday.

Sunderland are four points away from safety and have lost joint-high 14 games.

Aston Villa will be looking to close the gap with their rivals when they travel to West Ham on Tuesday.

Villa are currently at the bottom of the table and are ten points off safety. They are unbeaten in three games.

West Ham are one point off Manchester United who are fourth in the League Table. Hammers have lost just once in last 10 league games and are on a run of nine games unbeaten at home.

James Tomkins is a doubt for West Ham while Diafra Sakho and Andy Carroll remains sidelined.

Louis Van Gaal will be in the spotlight once again when Stoke City visit Old Trafford. Defeat to Southampton has left Manchester United are now four points of the top four.

Stoke City meanwhile will be looking to close the four-point gap with Manchester United in the League Table.

It’s a relegation six-pointer when Swansea City face West Brom Albion in the Hawthorns on Tuesday. Baggies are on without a win in the last three games league.

Baggies have added Alex Pritchard to their squad and will be hoping him to provide some spark in the final third. Only Aston Villa has scored fewer that West Brom this season.

On the other hand, Swansea will be coming to the game looking for a third win in a row.  Swansea managed to keep Andre Ayew despite the speculations.  January signing Alberto Paloschi will share goal-scoring responsibilities with him.

Callum McManaman, Chris Brunt and James Morrison are out for West Brom. Darren Fletcher is available for selection. Sandro and Pritchard are expected to make their debut.

Paloschi is expected to make his debut for Swansea.

Emmanuel Adebayor will make his debut in the Crystal Palace shirt when AFC Bournemouth visit Selhurst Park on Tuesday.

The Eagles have lost last four league matches. Meanwhile, the Cherries have picked up four from last two games.

Yohan Cabaye and Joe Ledley are out while Yannick Bolasie may return for Palace. Connor Wickham is still out on suspension.

Eddie Howe is happy to welcome Tommy Elphick back to the team. Junior Stanislas, Callum Wilson, Tyrone Mings and Max Gradel are unavailable.

Everton will be looking to end their run of no win in five league games when they face Newcastle United on Wednesday.

Romelu Lukaku will be hoping to break the duck after going four games without scoring.

Henry Saviet, Andros Townsend, Doumbia, and Jonjo Shelvey are all available for Newcastle.

Chelsea will travel to Watford with the hopes of extending nine-game unbeaten record under the new boss Gus Hiddink. Watford meanwhile, will be looking to make it three wins in a row after they beat Newcastle and Nottingham Forrest.  Both sides settled for a 2-2 draw in the corresponding fixture.

Mario Suarez is expected to make his debut for Watford while Chelsea may hand Alexander Pato a debut. 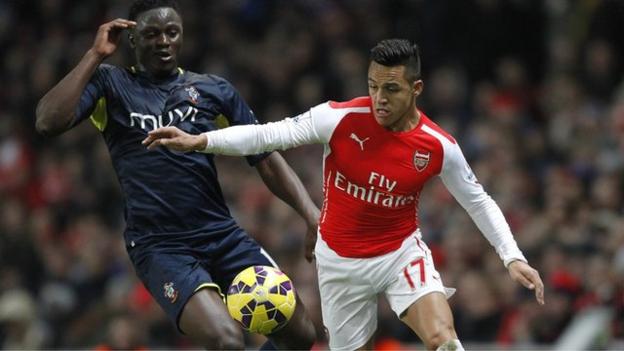