Leicester City smashed Liverpool 2-0 to stay on top of the League Table, thanks to two goals from Jamie Vardy.

Vardy opened the scoring in the 60th minute with a ‘Goal of the season’ contender. The second followed twelve minutes later.

Manchester City thrashed Sunderland 1-0, thanks to a goal from Sergio Aguero to keep their title hopes alive.

City are three points behind the Leicester while Sunderland are four points away from safety.

Meanwhile, Arsenal left frustrated after a 0-0 draw against Southampton at Emirates stadium. Arsene Wenger’s men couldn’t capitalize the number of chances they have created.

Tottenham took advantage of Arsenal slump and climbed above their North London rivals after thumping Norwich 3-0 at Carrow Road.

English internationals Dele Alli and Harry Kane run the show for Spurs. Dele Alli found the net inside two minutes and Kane scored his first from a penalty spot. He extended Tottenham’s lead in the injury time after a defensive error from Martin Olsson.

Manchester United silenced their critics after a 3-0 win over Stoke City. Jesse Lingard opened the tally for United in the 14th minute. Summer signing Anthony Martial extended the lead for United in the 23rd minute before setting up Rooney to make it 3-0 in the 53rd minute.

West Ham extended their record of unbeaten at home to 10 games after they beat bottom club Aston Villa 2-0. Aston Villa lost Ayew in the 17th minute after he elbowed Aaron Cresswell.

Michail Antonio opened the scoring for the Hammers in the 58th minute and Kouyate sealed the victory on the 85th minute. It was Villa’s first defeat in four games.

Crystal Palace continued their slump in the form after they lost 2-1 to AFC Bournemouth. Palace took the lead thanks to a goal from Scott Dann. Marc Pugh leveled the score before January signing Benik Afobe scored the winner for Bournemouth. The cherries are now seven points clear of the drop zone.

In the relegation six-pointer, Salomon Rondon’s injury time equalizer saved a point for the Baggies against Swansea City. Gylfi Sigurdsson found the net in the 64th minute for Swansea.  West Brom are 14th in the  League Table while Swansea remains 16th, five points above the drop zone.

On Wednesday evening, Everton thrashed Newcastle 3-0 to claim their first home win since November. Toffees went ahead through a goal from former Tottenham winger Aaron Lennon. Two late penalties from Ross Barkley sealed the deal for Everton. Everton are 11th in the League Table while Newcastle are still in the drop zone, two points away from safety.

In the other match on Wednesday, Watford and Chelsea played out a 0-0 draw. Heurelho Gomes pulled out an excellent save to keep out Costa’s header while Thibaut Courtois stopped Etienne Capoue from opening the account.

Chelsea are now seven games unbeaten in the league. They are 13th in the League Table with 29 points, while Watford are four places above them with 33 points. 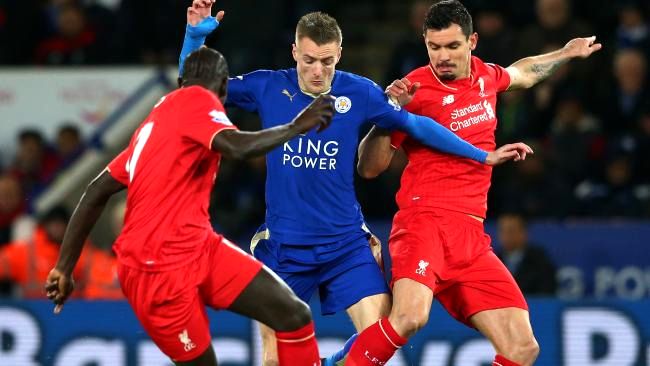