Ukraine could count themselves unfortunate that they didn’t take the game into extra-time against their close rivals Russia.

It was the worst possible start for Ukraine as they went 1 nil down with just 1 minute and 16 seconds gone after a tame effort from outside the box by Sokolov saw his effort fumbled over the line by the Ukrainian keeper.

Russia gave Ukraine a mountain to climb when they double their lead on the 14th minute through Afanasyev, as a long ball over the top and his initial header cannons off the underside of the bar and he was quickest to react at the second attempt to put into the unguarded goal for 2 nil.

Ukraine did get one back just before halftime when the ball fell kindly for Siryi who smashed it from outside of the box into the bottom corner, as they went into the second period still all to play for despite Russia’s dominance in the first.

The second period was end to end with both sides having chances and both defences on top, but it was Russia who struck again on the 30th minute with a long cross ball towards the back post found Niyazov who scissor kicks it into the bottom corner such a special goal in a special game between these two nations.

ALSO READ:  A Selection Of The Very Best Smartphone Games For Sports Fans

Ukraine looked down and out at this point, but they never gave in going to a fly keeper tactic for the second time in this game, this time getting their reward for taking such a risky tactic, as the initial shot from the fly keeper outside of the box and Abakshyn redirects the ball into the back of the net.

From this moment on Ukraine had their tails up, forcing Russia back and they were nearly awarded again when the referee awarded Ukraine with a late penalty, but the Russian keeper makes the save and kept Russia ahead. Then with seconds remaining Ukraine had another glorious chance from a beautiful bit of play eventually finding the fly keeper in the box but he couldn’t direct his shot on target and that was why Russia go into the final and Ukraine must settle for a third-place playoff.

Artem Niyazov spoke to the media after the game and said:

“It was a difficult and tense match as the outcome was unknown until the very last second. But in the end, we were able to hold on and of course, I am grateful to our goalkeeper who saved the penalty. Now we only have little time to rest for the final on Sunday.”

So, Russia goes into the final who last won this tournament way back in 1999 and will be hoping to repeat the trick once more. Ukraine has only themselves to blame as they had two glorious chances to take the game into extra time but failed to take their chances when they came their way.

It’s Portugal who’ll play Russia in the final on this year’s Euros and for the first time, Spain will not be retaining their consecutive title.

It was a tale of two halves, Spain started the brighter of the two sides taking the lead just 17 seconds into the first period, Spain then doubled their lead on the 12th minute from a short corner found Chino on the edge of the box and with his first-time effort finds the top corner, at this point, Spain looked very comfortable despite Portugal hitting the post 3 times in the first period but ultimately wasting their opportunities.

ALSO READ:  A Selection Of The Very Best Smartphone Games For Sports Fans

The second period was a complete contrast of Portugal from what we saw in the first period but had to rely on a penalty to get themselves on the scoresheet. From then on Portugal looked the more threatening going forward.

Portugal with 10 minutes remaining of the game struck twice through Zicky Te who has undoubtedly been Portugal’s player in this tournament. And for the second time in this tournament Portugal had to come from behind to win the game but to win it against the 7-time champions of Europe is just something else.

The final looks like this, Portugal will face Russia in the final on Sunday evening, while Spain has to fight it out for the prize no one wants in Futsal which is a third-place play-off against Ukraine.

Portugal vs Russia who’s going to be crowned champions? 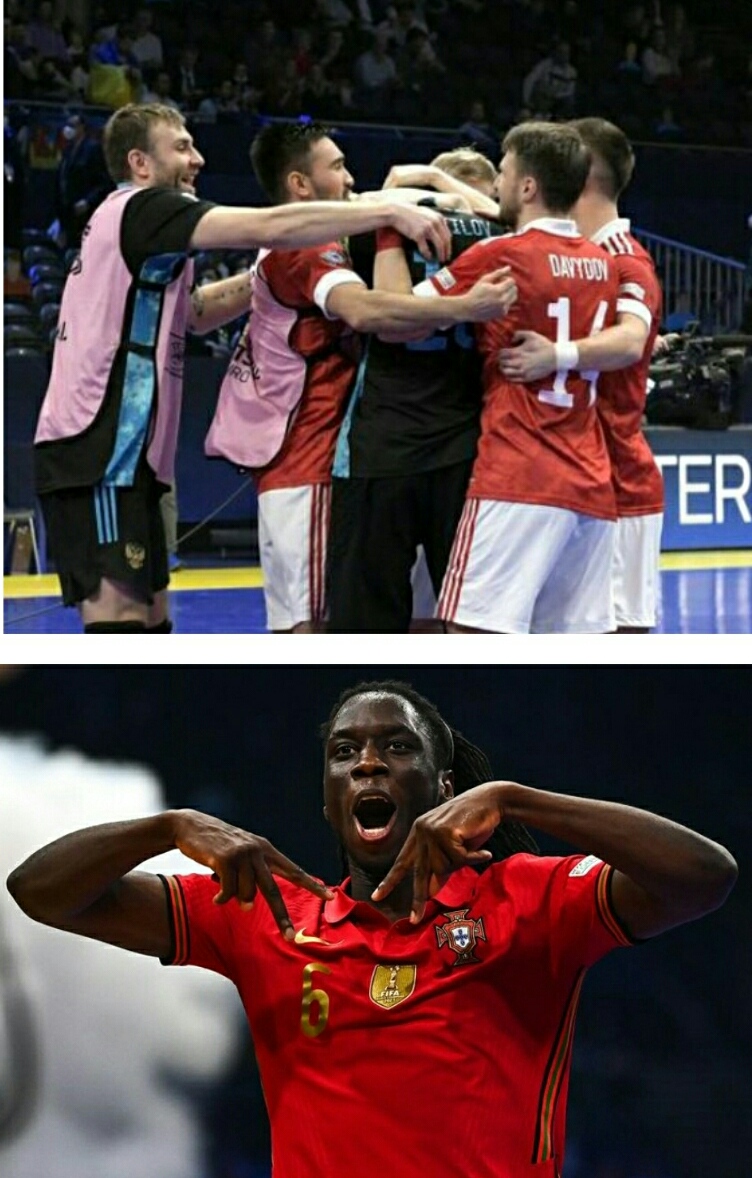