Another year, another Six Nations over for Scotland. While Rugby’s Greatest Championship has provided fans with the usual host of thrills, spills and upsets to once more defy prediction, this was, in many ways, a tournament that pretty closely followed the expected script. One didn’t need Nostradamus’ powers of prognostication to posit that France, head and shoulders above their rivals, would close things out as deserved Grand Slam champions, that an injury-massacred Wales would struggle or that Ireland would prove cohesive, clinical but ultimately come up short.

Aside from a few moments to genuinely defy prediction, from Italy turning the Welsh over in the dying seconds with a sensational score to George Furbank hoofing the ball on the volley twice in the same game for reasons known only to himself, this was all pretty run of the mill stuff. Enjoyable, certainly, but not the sort of topsy-turvy tournament to leaveheads being scratched in wonderment as fans dissect Italy’s celebration of their first-ever championship title or now wonder how the tournament’s top scorer ended up being Duncan Weir.

One team, in particular, have done little to confound expectation. If Italy finally managed to break their 36-game losing streak to at least prove that they could pull off a win once in a blue moon, there is one side that are taking over as the kings of predictability. Once again, the team that promised so much ended up delivering so little. Once again, Scotland’s cemented their place as the masters of the fourth-placed finish.

It all started so well, of course, the Scots ensuring that they are, at least, building on a reputation as their Auld Rivals England’s bogey team, a 20-17 win at Murrayfield establishing the platform for what should have turned into a tournament to remember, if not one with the ultimate prize at the end of it. Yet the good times rarely last for the plucky Scots, it seems, and the men in tartan and blue were soon turned over at the Millennium Stadium by a ragged Welsh side, coincidentally by the exact same scoreline, albeit with the numbers inverted in Wales’ favour. This, of course, the decimated Welsh outfit that would go on to give Italy their first Six Nations victory since 2015 as the latter’s future in the competition hangs in the balance. Hardly the stellar Wales of the early 1970s.

From then on, Scotland’s momentum seemed to dissipate like fine mist. A convincing 17-36 defeat at home to France killed the energy that the victory against England had given, a 33-22 victory against Italy at the Stadio Olimpico a few weeks later a slogged-out formality rather than a springboard to success. When Scotland went up against the tournament’s second-best team in the shape of Ireland, they were routed 26-5. The gulf in class had never been more evident.

Looking at the sides on paper, however, it was hard to figure out exactly why. Certainly, Ireland are a strong side, a team boasting a neat blend of attacking flair and a near-unparalleled capacity for game management, Jamison Gibson-Park’s fine tournament giving this year’s side a real sense of purpose and zip. Tadgh Beirne, the outstanding Josh Van der Flier, the excellent Jack Conan and the hulking Tadgh Furlong are just some of the Irish pack’s glittering cast of stars. Keenan, Aki, Ringrose, Lowe, one could go on.

Yet couldn’t the same gushing eulogising be made of the Scottish side that lined up against the men in green? Last year’s player of the tournament Hamish Watson, the gem of a find Rory Darge, Jonny Gray, not to mention one of the best backlines in Europe consisting of Ali Price, Blair Kinghorn, Kyle Steyn, Sam Johnson, Chris Harris, Darcy Graham and Stuart Hogg. No fewer than three of the seven were capped British and Irish Lions on last year’s tour, four if you count the benched maverick Finn Russell. Simply put, this is as good as Scotland’s side is likely ever going to be. This is the Golden Age, even if the results aren’t reflecting that. If Scotland can’t muster results from a side as stacked with talent as this, when can they? If the players can’t do it, does the problem’s root lie elsewhere?

Gregor Townsend has been in the job as Scottish head coach for more than four years now, and in that time has presided over some of the side’s finest achievements. His Calcutta Cup successes, Scotland’s toppling of Australia 15-13 in the Autumn Nations Series, a 2018 Six Nations third-placed finish, all memories to be cherished. Townsend’s capacity to win matches should speak also for itself, a 57% win rate in the role eclipsing near every one of his predecessors, including that of the man he replaced, the New Zealand-born Vern Cotter’s 53%.

The issue for Townsend, however, is one of progress. Under Cotter, Scotland went from a team of rank outsiders to a side that genuinely looked as though it could compete on the world stage, and then did. A 2015 Six Nations last-place finish might’ve been disastrous, but Scotland’s World Cup campaign of the year ended in an unwarranted exit against Australia after an incorrectly awarded penalty in the dying moments. The Scots, by right, should’ve been semi-finalists, maybe even finalists. Cotter would then go on to lead his team to a fourth-placed finish in 2016, before giving Scotland their most successful (statically) run in the tournament, finishing fourth but ensuring three home wins.

Townsend may have the higher win rate, but it’s failed to materialise into anything more than a mere number. From 2018 to 2022, Scotland have finished third, fifth, fourth, fourth and fourth again, progress stalling as they fail to consistently break into the table’s top half. For all their ambition, Townsend’s men don’t appear to be going anywhere.

The two coaches’ achievements don’t quite tessellate so easily, of course. While Cotter was very much building a side that could compete on the world stage, Townsend essentially inherited one. While few would doubt that he has contributed to bringing the likes of Darge, Van der Merwe or Price to the fore, Townsend has, for the past few years, had an exceptional team at his disposal, a far stronger one than Cotter’s side of 2015. If Townsend can’t get the sort of talent he has operating at a higher level, something has gone seriously wrong, because the ability that many of his players possess is undeniable. The thought of players such as Stuart Hogg, Hamish Watson and Finn Russell not even coming close to winning the Six Nations seems laughable, and the fingers may have to start pointing at the coaching team giving the orders rather than the men actually throwing the ball around on the turf.

The problem remains that Scotland are, for all their attacking prowess, exceedingly poor at winning games, a skill that all great sides must prioritise above all else. Against Wales this year, Scotland looked clueless in attack, and once their Plan A ran dry, they seemed bereft of an alternative. Ireland understand game management, Eddie Jones praising them as the most ‘cohesive’ team in the tournament, and now so do the French, their victory against England to seal the Slam built on soaking up pressure in defence as much as it was on gunning for tries. Scotland just don’t seem to be able to ground themselves in any consistent plan for closing out matches, their fast, aggressive style of attack founded on getting the ball wide as fast as possible running into issues when defences provide ample cover. An absence of a proper playbook, of a variable, adaptive way to play the game, seems to be hampering any proper progress under Townsend.

Maybe the issue is, however, a far more fundamental and deep-rooted one: belief. Once again Scotland will talk of a Six Nations from which positives can be taken, in which improvement was shown and lessons learned. The fact remains that progress has stalled, and it’s been stalled for a long time. Unless something changes drastically in the coming years, even months, an exceptionally talented group of players is going to look back with the regret that they didn’t, ultimately, achieve a great deal more. One can’t help but feel they deserve a great deal more. 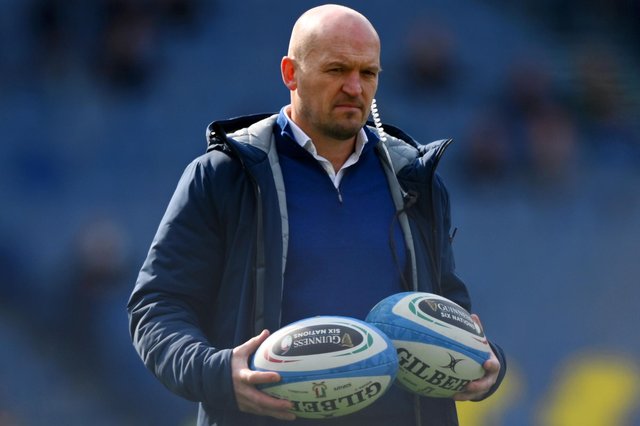