Sebastian Vettel and Aston Martin would start their journey in 2021. Fernando Alonso on his part would make a return to Formula One with Alpine GP.  In a rather highly unexpected turn of events, after a long time, we would see Vettel and Alonso go up against each other in similarly paced cars. Last year’s Racing Point arguably had the fastest car in the midfield while the Renault of Last year too was able to string together three podiums. With the regulations expected to stay the same more or less, we could expect the pecking order to remain similar and this would mean Aston Martin and Alpine GP fighting it out for glory in the midfield.

What it would also mean is that F1 gets to see two of the best to ever do it fight it out in the midfield. With Fernando Alonso returning to F1 with aspirations of mounting a title challenge and Sebastian Vettel looking to rejuvenate his career with Aston Martin it would be interesting to see how the battle unfolds on the track between these two.

In essence, both Fernando Alonso and Sebastian Vettel’s careers have followed a similar trajectory. Both were able to achieve great success at the start of their careers with Renault and Red Bull racing respectively. Both were the youngest ever Formula One Champions at one stage. And both tried to emulate Michael Schumacher’s dream run with Ferrari only to Fail Miserably.

At this stage of the career, both Sebastian Vettel and Fernando Alonso are looking for one final push to the front with their respective teams. Vettel, on his part, is hoping that the new Aston Martin project and the 2022 budget cuts could bring him back into contention while Fernando Alonso would be hoping that with Alpine GP he could for one final time fight for the title before he calls it a day.

Sebastian Vettel and Fernando Alonso are not the best of friends

Sebastian Vettel during his title reign at Red Bull had Fernando Alonso as his closest challenger on multiple occasions. Vettel was able to gain and keep an upper hand because of the superior machinery he had at his disposal. The relationship between the two was at best salty as Fernando made it a point to credit the car more than the driver for the multiple title triumphs that Vettel had during his career.

The fact that it was Sebastian Vettel who ultimately replaced Fernando Alonso at Ferrari didn’t help either as both the drivers haven’t really had the most cordial relationships. Will age and maturity change the dynamics between the two? I guess we’ll just have to wait and see.

Vettel, on his part, would be looking to rejuvenate his career after a damaging stay at Ferrari while Fernando Alonso would be relishing the opportunity to finally fight Sebastian Vettel on an even footing. Unless there is a drastic change in the pecking order we can expect Alpine GP and Aston Martin to be in the vicinity of each other in terms of pace.

It would be interesting to see who wins the bragging rights. Will it be Fernando Alonso? Or will it be Sebastian Vettel? Who knows. But at the end of the day, it’s going to be a battle worth watching. 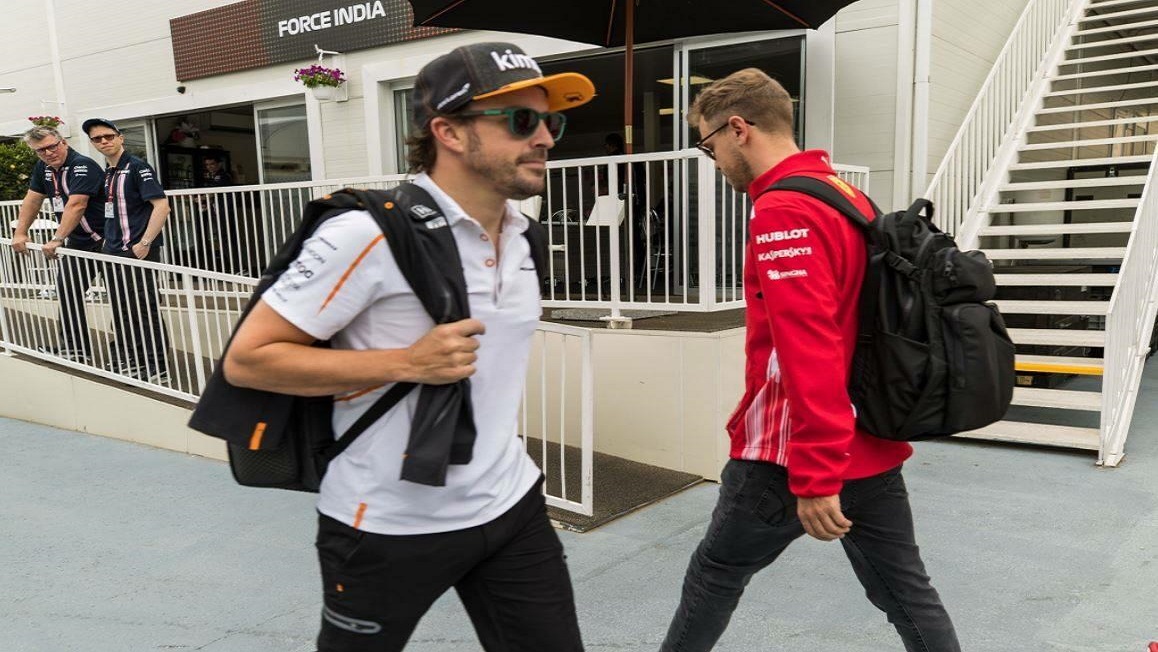