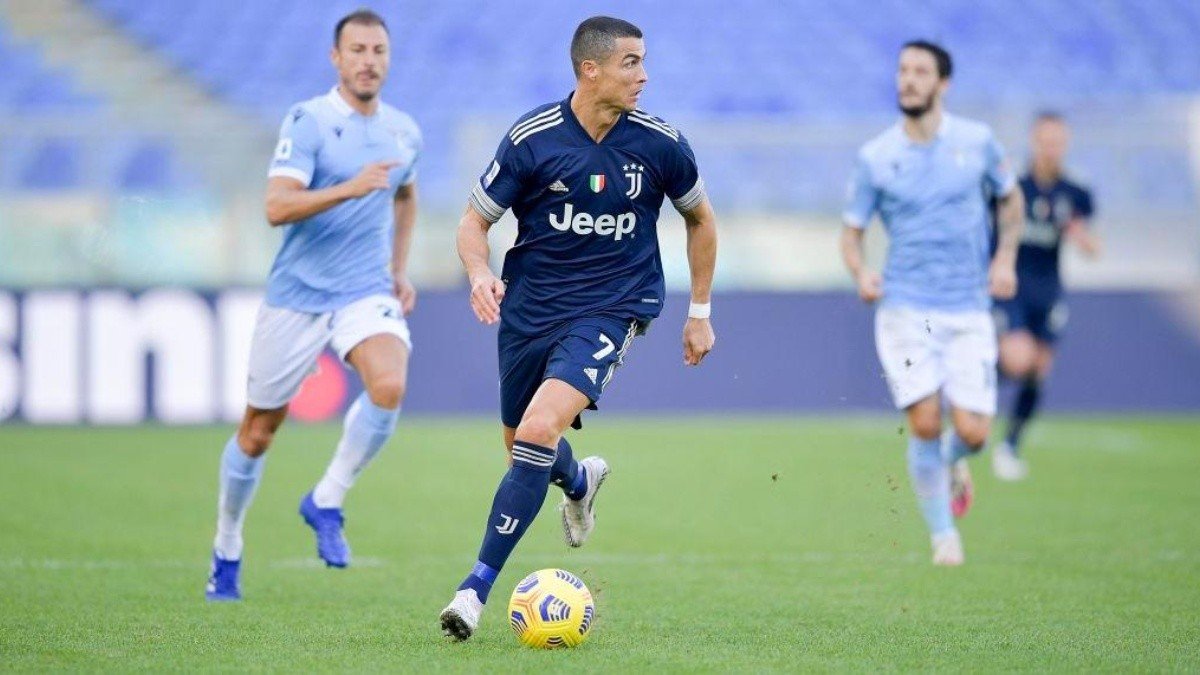 Felipe Caicedo netted in stoppage time for the second game week running to grab a point against last season’s champions, Juventus after Cristiano Ronaldo had given the Bianconeri the lead in the first half.

Last week saw Caicedo score a 98th-minute winner against Torino and a late equalizer against Russian outfit Zenit St Petersburg. He came up clutch once again after Lazio had dominated second-half proceedings at the Stadio Olimpico.

A worrying site for Juventus fans as they saw Ronaldo was taken off after an injury to his ankle, which would later be assessed today to know how long he will be sidelined for. 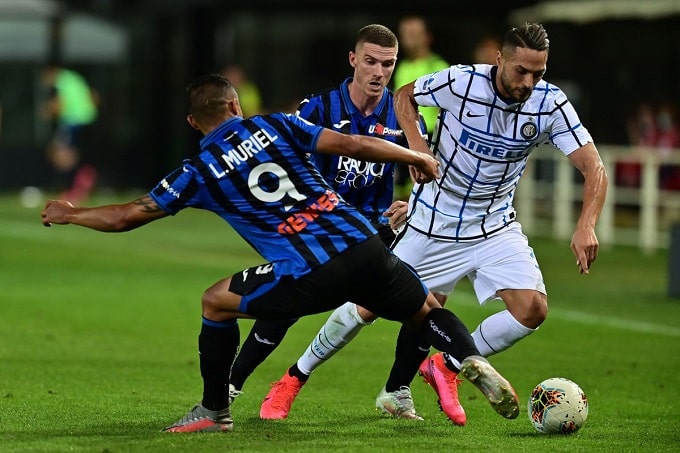 Inter Milan’s winless run extended to four games in all competitions as they were held to a 1-1 draw in a thrilling contest at the Gewiss stadium in Serie A on Sunday.

Aleksei Miranchuk scored the equalizer for Atalanta in the 79th after Argentinian striker had headed in Ashley Young’s cross to giver Inter a 58th-minute lead.

Atalanta controlled proceedings at the late stages of the game, trying to get a winning response to their 5-0 drubbing at the hands of Liverpool in the Champions League.

The result ensured Atalanta remained fifth in the league with 13 points, one place and point above the Nerazzurri 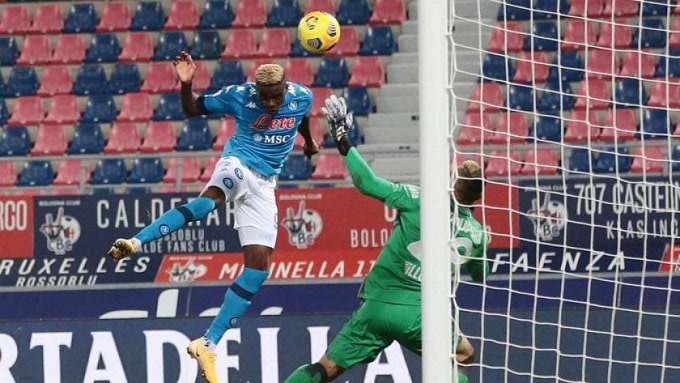 A goal from Victor Osimhen ensured the 3 points were secured, after surviving a flurry of attacks from the gritty Bologna side, with David Ospina making two important saves at the death to preserve the points.

Napoli, who did not have a good Europa League night, after being beaten by Rijeka, was given a dressing down by Coach Gennaro Gattuso when he said they played like they were on an excursion.

They took control of the proceedings and went ahead in the 23rd minute when Hirving Lozano got free on the right flank and curled a beautiful cross that the unmarked Osimhen met with his head.

Nandez and Joao Pedro give Cagliari edge over 10 man Sampdoria 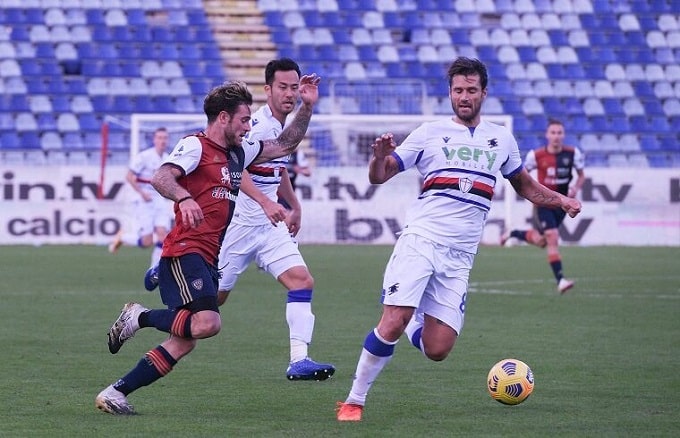 Joao Pedro and Nahitan Nandez ensured that Cagliari bagged the 3 points in a 2-0 win over 10-man Sampdoria, who went a man down before the half time break on Saturday.

The game started out brightly in the 38th minute when Nandez got on the end of a poor back pass and was through on goal, when Tommaso Augello, who was initially given a yellow, which was later changed to a red after VAR review.

Cagliari went ahead just 3 minutes after the break when Joao Pedro barged into Lorenzo Tonelli and won a penalty which he converted for his fifth of the season.

Sampdoria missed chances to draw level and was punished when Giovanni Simeone sent Nandez through on goal to score Cagliari’s second in the 69th minute. This result left both outfits with 10 points from 7 games. 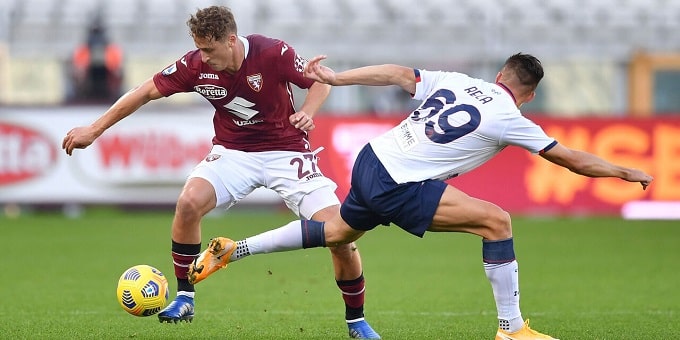 Torino and Crotone took to the pitch in search of the 3 points, but fans were treated to a bore draw at the Olympique Grande Torino Stadium.

Crotone controlled the first hall proceedings and Ciagarini’s free-kick was just over the bar, as Toro was almost satisfied to allow the newly-promoted side to have the ball.

Moments before the break, Salvatore Sirigu was alert to palm a Pedro Pereira long-range strike and a Junior Messias ping.

Torino started to threaten during the latter stages of the second half when they came very close to scoring when Belotti hit the post from close range and the loose ball was cleared off the line. 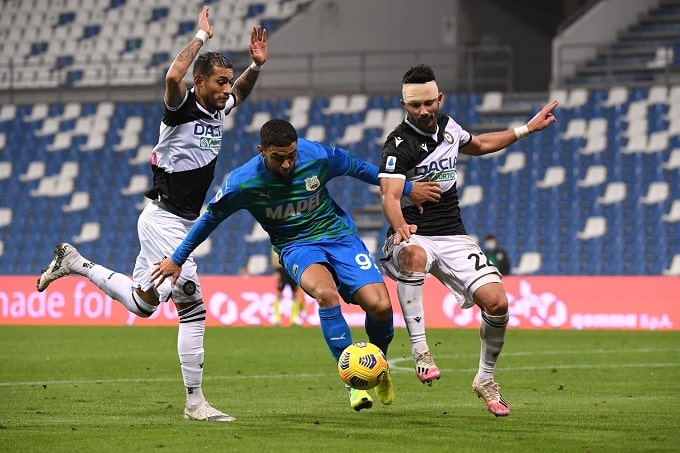 Both keepers, Andrea Consigli and Juan Musso, had virtually nothing to do as the game ended in a goalless draw, devoid of meaningful chances.

Though Sassuolo had six different goal scorers this season, they were more comfortable with passing the ball around in the middle of the park for most of the first half.

It was a disappointing display from the home side, but a very important point away from home for Udinese who were pushing for a late winner, deep into stoppage time. 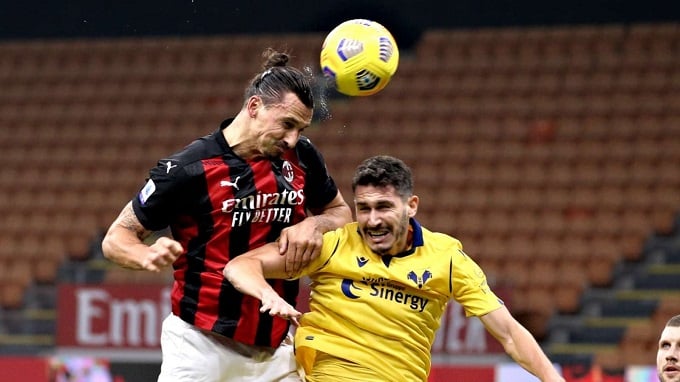 Arguably the best game of game week 7, saw Ac Milan rescue a point against Verona in an eventful match for Zlatan Ibrahimovic, where he hit the woodwork, miss a penalty and scored a stoppage-time equalizer.

Verona started out the strongest, when Federico Ceccherini’s header bounced off the crossbar, struck Donnarumma and Antonin Barak was the quickest to tap in the rebound.

AC Milan fought back but was stung again when Zaccagni’s volley which looked to be going wide was deflected by Davide Calabria into his own goal. The comeback started when Frank Kessie flicked Saelemaekers cross into the far corner with a deflection from Giangiacomo.

After a flurry of chances, Theo Hernandez seemed like he had to score from six yards, but Silvestri used his legs to make an astonishing save at the near post. On the resulting corner, Massimo Lovato went through the back of Kessie for an inarguable penalty.

Zlatan Ibrahimovic stepped up but blasted it well over the bar, the third consecutive spot-kick he has failed to convert in all competition.

Milan was pouring forward, Ibrahimovic’s header from a corner smacking the very top of the upright, then Silvestri managed another remarkable reaction save on the Swede from point-blank range.

The hosts threw everything at Hellas, who defended heroically by using their bodies as human shields. Milan did get the ball in the net at the 89th minute when Ibrahimovic nodded down a cross for Calabria to volley in from 12 yards.

However, after the on-field review, the referee disallowed it for an Ibrahimovic handball.

They didn’t let that knock them down, as moments later Silvestri performed another extraordinary save on Ibrahimovic, the move continued and the 39-year-old’s towering header landed in the far top corner to equalize. 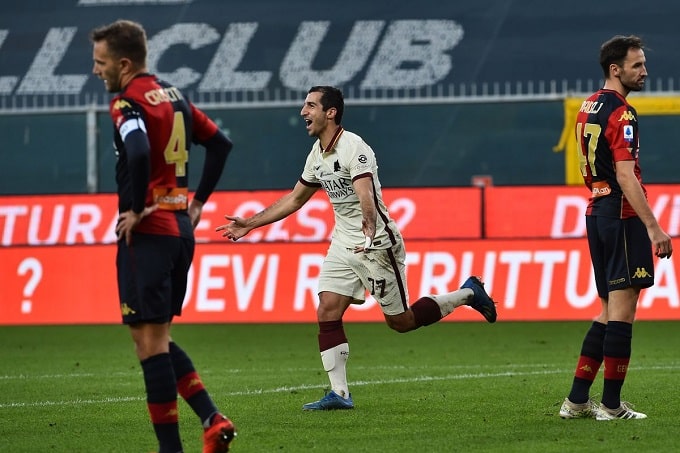 In a game that was highlighted by Mkhitaryan’s first Roma hat trick ensured Roma grabbed the points. The deadlock was broken on the stroke of half-time, as Jordan Veretout’s corner found Mkhitaryan for a precise header from six yards.

Genoa’s tails were suddenly up and Scamacca flashed a dangerous finish across the face of goal, skimming the far post.

Bruno Peres fired too close to Perin when sent through by Jordan Veretout, but the Brazilian did better with assists, his cross turned in by a Mkhitaryan cushioned volley off the inside of the boot from nine yards.

The Armenian had started his run from deep as a False 9 to surprise Genoa defenders. Bryan Cristante incredibly failed to get Roma’s third, as he was sent clear by Lorenzo Pellegrini and Perin had come rushing out, but his lob was somehow off target.

Mattia Destro came off the bench against his old club and tested Pau Lopez at the back post, but there was only one Man of the Match at Marassi.

Mkhitaryan completed his first-ever Serie A hat-trick with a spectacular volley on Pedro Rodriguez’s cross from the right. 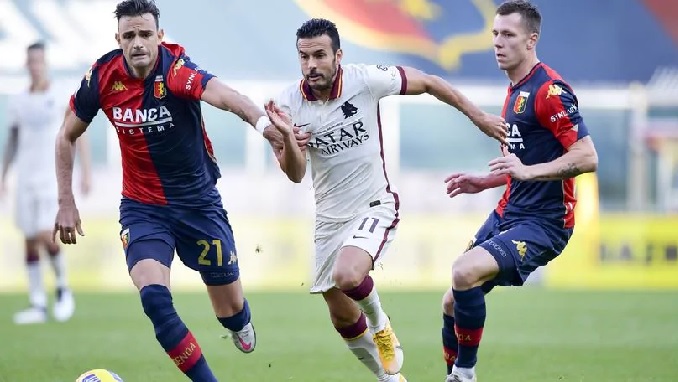