With the series already in the pocket, India coach Rahul Dravid experimented with the bowling line-up along with a couple of changes in the batting order. But it did not provide the desired result as Sri Lanka finally managed to win a One-Day International on home soil after nine long years, beating the visitors by three wickets in the third and final match of the series at the Premadasa Stadium in Colombo.

While India won the three-match ODI series 2-1, the exciting rookies who were blooded on the day did put up a challenge after the Sri Lankan spinners made full use of a rain break to bowl out Shikhar Dhawan’s men for 225 in 43.1 overs out of a possible 47.

A superb effort by leg-spinner Rahul Chahar (3-54) and his fellow debutant, left-arm seamer Chetan Sakariya (2-34), who picked five wickets between themselves, kept India in the game, as the Lankans lost a flurry of wickets towards the close. However, the bowlers didn’t have enough runs to defend. Lankan Avishka Fernando (76 off 98 balls) anchored the chase, laying the foundation with a 109-run stand with Bhanuka Rajapaksa (65, 56 balls). The 227-run chase as per DLS method was finally completed in 39 overs.

Dravid must be unhappy with a low-intensity performance on the day, especially the fielding effort which was poor to say the least as three catches were dropped. India’s young batsmen paid for their profligacy and inexperience as Sri Lanka left-arm spinner Praveen Jayawickrama and mystery spinner Akila Dananjaya forced them to make a mess while playing for exaggerated turn. The rain break at the end of the 23rd over, which reduced the game to 47 overs per side, helped the home team. The pitch suddenly had a bit of freshness and the ball would both grip and skid, making life easier for the spinners, who rocked the middle-order.

India slipped badly from a strong position, losing nine wickets for 123 runs as Sri Lanka’s spinners triggered a tremendous fightback to skittle out the visitors for 225 in 43.1 overs. With Prithvi Shaw (49, 45b, 8×4) and Sanju Samson (46, 45b, 5×4, 1×6) going great guns, India were cruising at 102 for one in the 16th over, before the two spinners left the visitors tottering at 195 for eight in the 33rd over. It was only a dogged 29-run partnership in 59 balls for the ninth wicket between Navdeep Sain1 (15 off 37 balls) and Rahul Chahar (13 off 25 balls) which enabled India to post a decent total in a match reduced to 47 overs-a-side due to rain.

Post the break, when India resumed at 147 for three, the spinners suddenly started getting more turn and the rain had spiced up the pitch. Manish Pandey blew it away when Jayawickrama deceived him with a beautifully flighted delivery. It was a typical orthodox left-arm spinner’s dismissal as the ball spun enough to beat Pandey, who went for an expansive drive. Hardik Pandya (17) smashed three boundaries but Jayawickrama, already pumped up with twin scalps, got another one that turned enough to square up the batsman.

Suryakumar Yadav (40 off 37 balls) again batted like a dream and hit seven boundaries but just like in the last match, the ball that sharply turns in became his undoing. The propensity to keep the bat behind the pads didn’t work as Dananjaya’s off-break found him leg before. Debutants Krishnappa Gowtham and Indian Premier League specialist Nitish Rana both looked out of place under lights. Gowtham played a nothing shot to a full-toss from Dananjaya while Rana was beaten for turn. 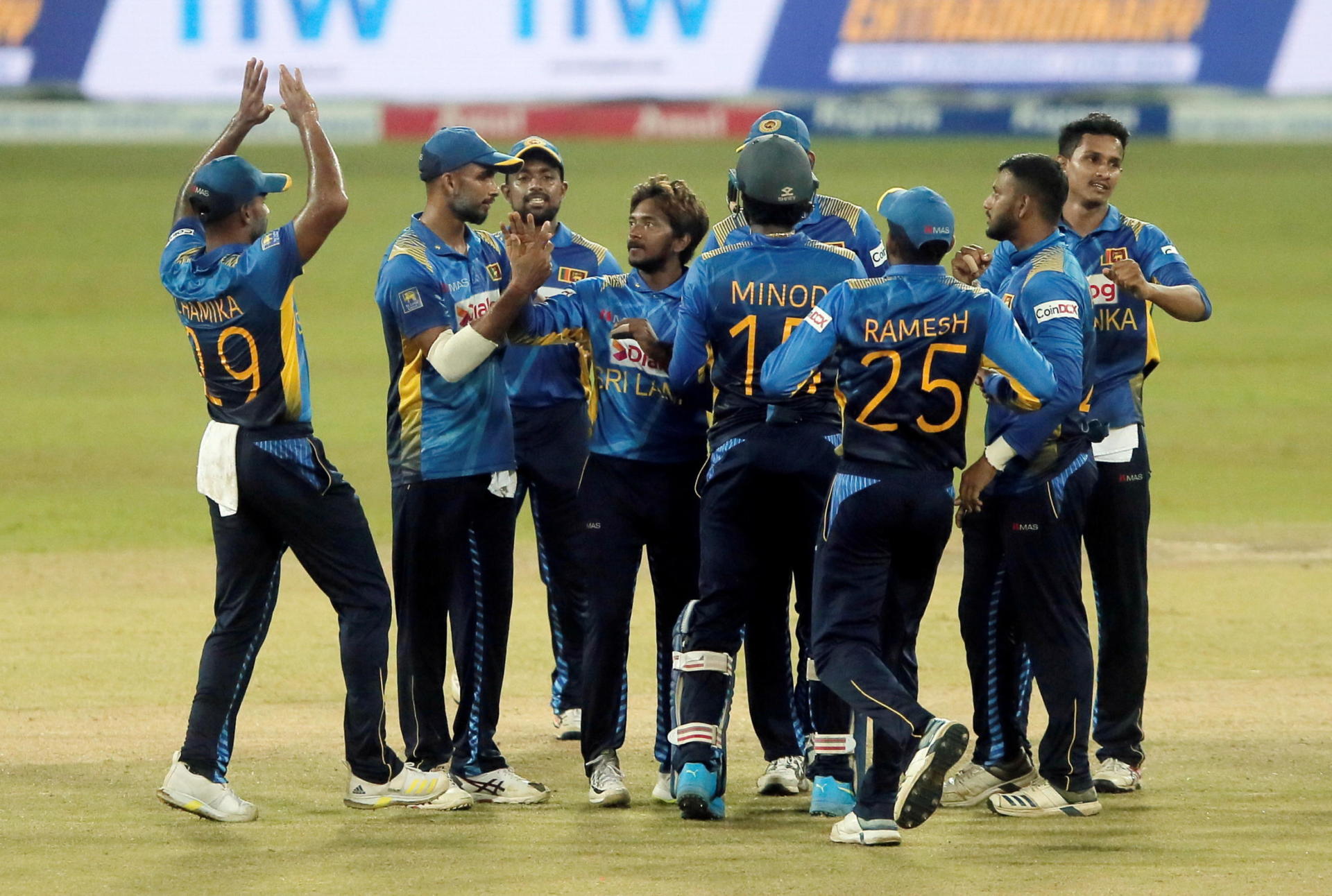