Moneyball has become a buzzword in football over the last decade. It is built on the premise that by using cutting-edge analysis, in identifying undervalued players in the transfer market, clubs with small budgets can take on bigger and wealthier rivals and succeed. With promotion to the Premier League being the most coveted prize in football, worth an estimated £180million, it is no surprise that this model has been adopted by some clubs in the championship.

However, not many have been able to translate this to on-field success…until Brentford. A club that not too long ago were ruing the missed opportunity of promotion to the championship in 2013, finds itself duking it out with the big boys of the English game. So how have they made it this far?

In the period between 2007 and 2009 Brentford were on the cusp of financial ruin, fans held bucket collections before matches to raise money to keep the club afloat, when Brentford was in the fourth tier of English football, finishing one place behind the ill-fated Bury. There was also only one building at the training ground. In an interview with the BBC, current Brentford coach, Kevin O’Connor, says

“The canteen doubled up as a gym and the kitman doubled up as a chef…..There was a partition wall but it didn’t go all the way to the ceiling. I remember distinctly doing pull-ups and being able to see 10 yards in front, over the partition wall, what people were having for lunch. You would be trying to exercise and people would be eating spaghetti. The smell was horrible.”

It is safe to say that Brentford do now have a proper kitchen and gym and this is largely due to long-time fan Matthew Benham.

The lifelong fan and gambler became the majority shareholder in 2012 and during his tenure, Brentford has made enormous strides which have earned them international acclaim. He had previously injected money into the club to help them overcome financial difficulties and his background as founder and owner of smart odds, a company that provides statistical analysis to professional gamblers, hinted at the approach he would take in running the club.

Having the access to smart odds resources put the bees at an advantage in the transfer market as they were many clubs that were yet to invest in data analytics at the time. With this change in approach, Brentford began to outsmart the market and the changes in fortune were almost instant. In his first season at the helm, the bees attained their highest placed finish in eight seasons, finishing third in league one and they went one better the following campaign. Winning 28 games and clocking up 94 points, both club records and achieving promotion to the second tier for the first time since 1993.

The club made several shrewd signings in those two seasons, Adam Forshaw arrived from Everton for free, current Leeds united player Stuart Dallas signed his first professional contract after arriving from Northern Ireland side Crusaders, James Tarkowski was bought from Oldham and Will Grigg was signed for under £350,000. These players were eventually sold for a combined £10million, an early demonstration of the club’s ability to find undervalued players before bigger sides took notice. However, it was the following season that things started to ramp up.

Co-Director of Football Rasmus Ankersen stated in 2015 “Brentford can’t win by outspending the competition so we have to outthink them”. Many clubs throw this phase around to galvanise fans into believing their projects, but fewer deliver. Brentford has proven they can indeed outsmart the Market, that year (2015) the club recorded a turnover of £3.3 Million, the lowest in the division and Griffin Park, had the smallest stadium as well.

In 2017 they signed Ollie Watkins and Neal Maupay (both pictured below) for a combined £8.3million and sold them to Brighton and Aston Villa for a combined £50million. The following year they signed Ezri Konsa and Said Benrahma for £4.1million and made a profit of £32.6million just 18months later. Their latest success story is Ivan Toney who was signed for £5million and is now valued at over £30million after a record-breaking season in the championship.

This incredible ability to find quality players and sell them on for big fees has allowed Brentford to achieve a lower net spend than any other Championship club and turn a profit every year since 2015. Staying competitive season after season, never falling into relegation and finally achieving promotion into the Premier League.

They have been able to do this using a combination of traditional scouting methods, mathematical modeling (Expected goals and tracking data) and detailed character assessments to identify targets and make sure they buy into the project and fit into the dressing room. In 2016 they closed their academy which was costing the club £1.5million a year and had failed to produce a first-team player since 2005 as their top talent were being poached by Premier League clubs for just £30,000 per player.

ALSO READ:  Manchester United vs Liverpool: Can Ole Get Back to Winning Ways?

They replaced it with a B-team with players being recruited from Premier league academies who no longer wanted them, this facilitated the move for Josh Da Silva, who signed from Arsenal for free at 19 and is now one of the key players.

The club’s strategic approach has so far proved beneficial in the Premier League by reducing the need to spend in the transfer market, only signing three players last window, because the current crop of players is good enough for the competition. At the time of writing Brentford currently sit in 9th with 12points, 3 wins, 3 draws, and 2 losses having faced Arsenal, Liverpool, Chelsea and West Ham in that period. By assessing the character of their signings Brentford has built a team with solid teamwork and tenacity, only Southampton, Everton and Spurs tops their 244 tackles and interceptions and only four sides can top their 317 pressures with the 3-3 draw with Liverpool a perfect example of this.

It is great to see innovation and strategic planning win for a change in a sport that is increasingly becoming money based success is determined by the depth of your wallet rather than the quality of your planning. 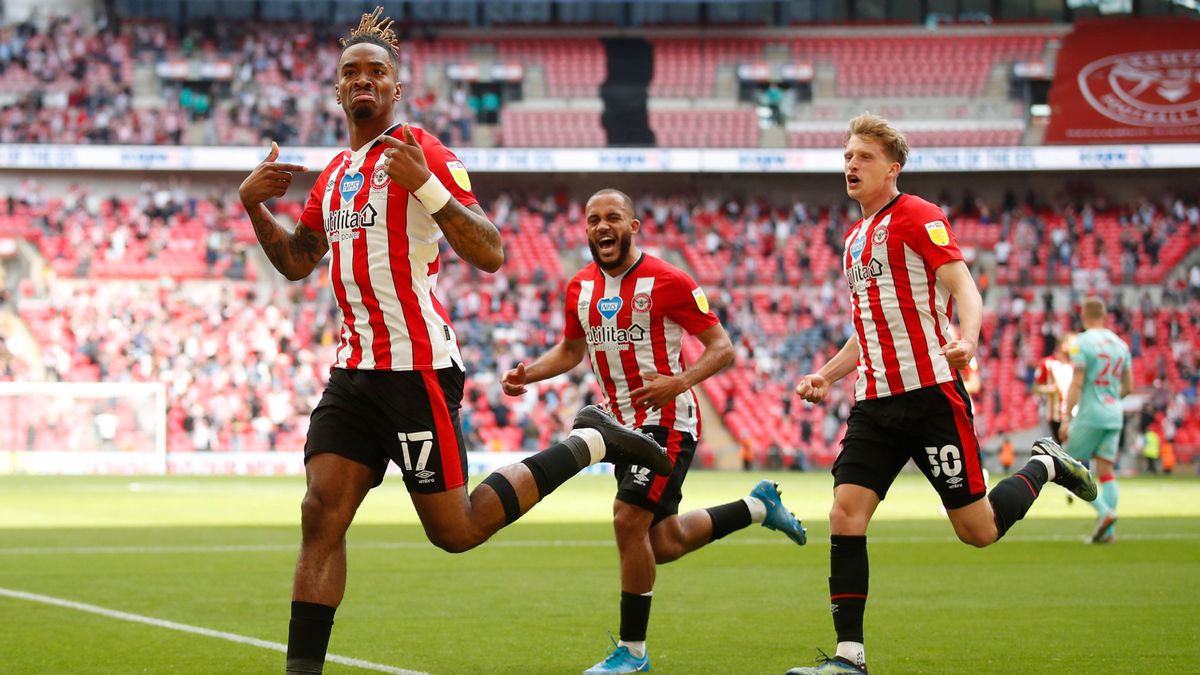