Josh Davey took 4 wickets for Scotland as they defeated hosts Oman to top Group B in Thursday’s ICC T20 World Cup action. In the other game, Mahmudullah would score 50 to set Bangladesh on their way to their biggest run victory in T20 internationals.

Bangladesh won the toss and elected to bat first.

ALSO READ:  County Championship Reverts Back To 2 Divisions For 2022
Embed from Getty Images

Oman would win the toss and bat to field first.

Munsey would be caught by Singh off the bowling of Butt for 20 with Kyle Coetzer (pictured below) the other man out, bowled by Khawar Ali, for 41 off 28 balls – Matthew Cross (26) and Berrington (31 off 21 balls) seeing the Scots home with 3 overs to spare as they topped the group. 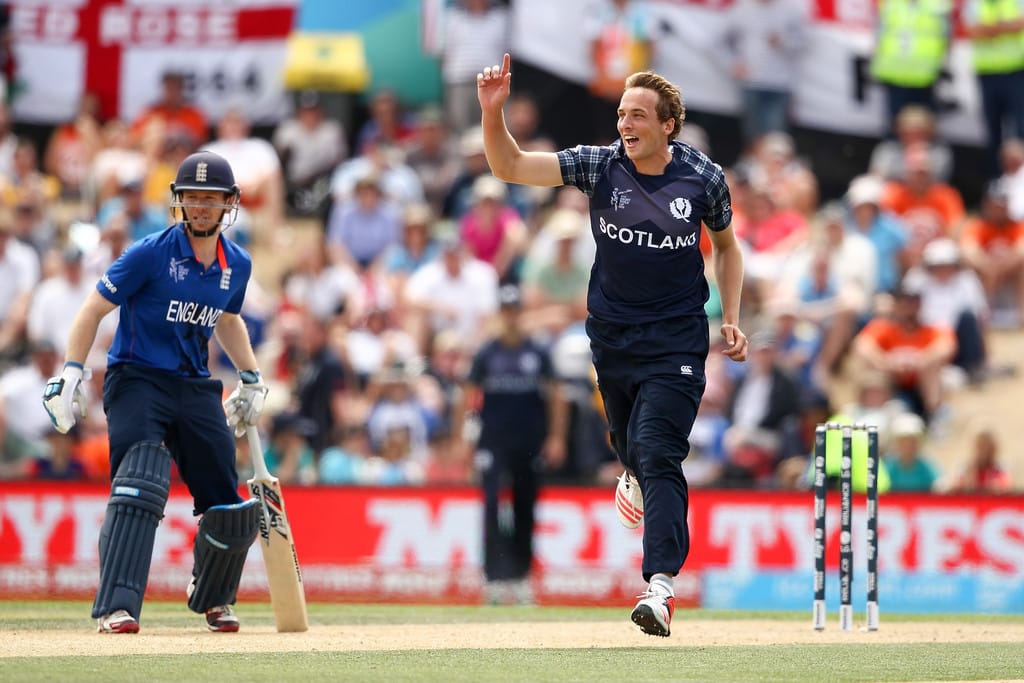