With a heartfelt and bittersweet statement, Dutch winger Arjen Robben has announced his retirement from football at the age of 37. After a glamorous career in the Netherlands, England, Spain and Germany, the sensational player has stepped away from football, with his final season back at boyhood club FC Groningen being butchered by injuries that plagued Robben through the years. ‘The body did not give me the right feeling’ the Dutchman said in his statement (translation by DeepL), despite the best attempts by his ‘footballing heart’.

Robben can look back on a long and glittering career, one of the most entertaining in the modern game. From a talented prospect at Groningen, he won league titles at all his following clubs. Arjen was the vanguard of the dominant Chelsea side under Mourinho, stood alongside Galácticos at Real Madrid, and then a true icon at Bayern Munch after a decade at the German giants. As the Dutchman hangs up his boots, it is time to remember one of the centuries best wingers.

From the Eredivisie to England

Robben was a local boy, born in the area of Groningen in 1984. After signing for FC Groningen, he broke into the first team at just 16 years old during the 00/01 season. He scored twice and was player of the year that season, and then continued to improve the following year, drawing the eye of PSV Eindhoven, former Eredivisie champions who had lost the championship to Ajax. At PSV, the young Robben formed a fruitful attacking partnership with Serbian striker Mateja Kežman, which fans endearingly nicknamed ‘Batman and Robben’. He helped PSV beat an excellent Ajax side to the championship by a single point in 02/03, with 13 goals and 7 assists in all competitions.

At only 20 years old, Robben was drawing attention across Europe. Sir Alex Ferguson went to great lengths to try and convince the player to join Manchester United, hoping to reinvigorate his team to defeat the invincible 03/04 Arsenal side. It was Chelsea who got their man, however, as new owner Abramovich helped Chelsea dwarf United’s bid. The start to his time at Chelsea was dampened by a long injury (one of many) causing the winger to miss over two months of football, but he hit the ground running in a side already stacked with takeover talent, and played 29 games in the record smashing 04/05 side. Another injury in the league forced him out of that seasons run in, missing the semi-final tie against Liverpool where he could have proved the difference maker against the incredible defensive work of Jamie Carragher and Sami Hyypiä.

Robben continued to be fruitful for Chelsea for the next two seasons, but the niggling injuries continued to harry the winger, not helped by Chelsea’s packed fixture lists. The injuries also led to some friction between himself and the demanding José Mourinho, which made it easier for Real Madrid to seduce the Dutchman, making the move in the summer of 2007.

Back on the Continent

While not technically a Galácticos, Robben had a successful if short run at Real Madrid, managing 13 goals and 15 assists in 65 appearances in a role where he was mostly a provider, making the left midfielder spot his own. His time at Madrid was ultimately undermined by a player of a vastly different calibre – Ronaldo, a positional rival who signed for Real in 2009. It was clear that Robben wanted to stay at the club but was shown the door, much like his national teammate Wesley Sneijder, moving to Bayern Munich before the 09/10 season in an unispiring fashion.

The move may have been underwhelming but Robben’s time at the club was anything but as he became truly iconic with the German team. His first season at the club was arguably his best, adapting rapidly to his new environment and scoring crucial goals in the Champions League and the DFB-Pokal, including his now iconic volley from a corner that knocked Manchester United out of the competition. Robben was Bayern’s top scorer and won the Bundesliga, the German cup and the German player of the year award.

Robben remained a key player for Bayern until 2018, part of a talented team that dominated Germany and challenged in Europe that decade. As part of an attacking force including Thomas Müller, Franck Ribéry and Robert Lewandowski, Robben won 8 Bundesliga titles, 5 DFB-Pokal and a champions league, including a treble in the 12/13 season. The Champions League final that year was surely one of his best individual performances, creating the first goal and scoring the winner in their 2-1 victory over Borussia Dortmund. It wouldn’t be the last time Dortmund’s dreams would be dashed by the Dutchman.

The player continued to perform into his 30’s despite his injury knocks and his physically intensive position, but he chose to retire at the end of the 18/19 season. Given his struggles to return to fitness with Groningen as he re-signed for his local club over the 20/21 season (to help the club through the COVID-19 crisis), his initial choice may have been more timely.

Robben in the National Team

While the Netherlands failed to win a major title during Robben’s playing career, he was still a top performer who won a smattering of individual honours. Their best chance for a title came in the 2010 World Cup, where the Dutch were unfortunate to come up against a Spanish side that won everything between 2008-2012. In the final, Robben failed to take the best Dutch chance of the game and the narrow match was ultimately decided in extra time, 1-0 to Spain.

Dutch performances were inconsistent over Robben’s time with the team, largely due to the varying quality of the national team’s leadership. After 2010, for example, the team crashed out in the group after failing to win a game, including a 1-0 defeat to an otherwise poor Denmark. In 2014 the team bounced back, only losing to Argentina in the semi-final on penalties. Robben made headlines across the world in the round of 16 tie against Mexico in this tournament after winning a controversial penalty that knocked out the Mexican side.

Dutch fortunes seemed to fade after 2014, with the team failing to qualify for Euro 2016 or the 2018 World Cup. After the end of the unsuccessful 2018 qualification campaign in 2017, Robben chose to retire from the international team.

Deadly on both wings

Tactically, Robben is best known as an inverted winger on the right of a 4-3-3 or 4-2-3-1 who cuts inside onto his left foot. The habit led to online fans endearingly referring to the winger as the ‘cut inside man’ during the 2014 World Cup. He would repeatedly baffle defenders who knew that this was coming but couldn’t stop him thanks to his impressive agility, acceleration and dribbling even into his mid 30’s. As Dortmund left-back Marcel Schmelzer attests, even hours of study would prove of little help to stop the forward.

In truth, the Dutchman was more than this trope. He started as a pure left-winger who would use his pace to burst past defenders and cross, preferring not to play on the right. At Chelsea, Robben was played on the left wing while another left-winger (the versatile Damien Duff) played on the right. He developed a habit of partnering well with his winger on the opposing side and drifting between flanks, dragging defenders from positions and opening gaps in the line. This was most common at Bayern with Ribéry.

Robben’s flexibility on the wing, comfortable with either cutting inside or sprinting outside, was a great benefit to his compliment at full-back. As Robben cut inside, space opens up near the corner flag as the defender follows the man, eager to cut off the shooting opportunity (especially for a finisher as lethal as Robben). This leaves the full-back open to receive a pass or collect a deflected ball.

Unfortunately for the player, Robben has been accused (rightfully and otherwise) of diving across his long playing career. The most famous example was the penalty that he won against Mexico in the 2014 world cup, where the forward clearly flopped after duelling with defender Rafael Marquez. This was far from the only diving controversy in his career. Earlier that year Robben was accused of diving multiple times during a Champions League knockout tie against Arsenal, which led to a spat with Arsenal manager Arsène Wenger, among other incidents.

Robben has spoken on his tendency to dive before, apologising for at least some of his supposed dives. For example, he apologised for some of his dives in the first half of the 2014 round of 16 against Mexico but insisted that he was fouled for the crucial penalty decision. In the face of media scrutiny, the winger has recognised his tendency to dive and has sought to reduce it, even if he didn’t eliminate it entirely.

The End of an Era

Despite this flaw, the footballing world will sorely miss Arjen Robben, a player of devious quality who could torment any defence and make the task seem almost pitifully easy. More than the deadly finisher of his highlight reels, the Dutchman had excellent footballing intelligence and movement that benefitted his teams greatly, particularly Bayern Munich. While it is a shame that his time back at Groningen was cut short by inescapable injuries, the player can otherwise look back on an excellent career, winning everywhere he went. 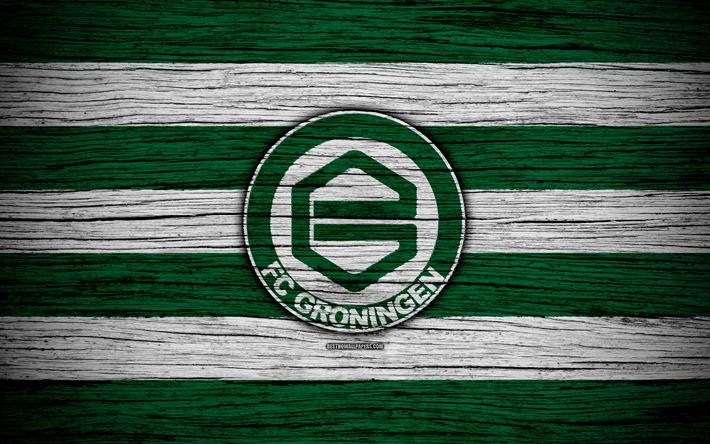