The, once, Galácticos of French and European club rugby, Toulon, now find themselves stranded in the abyss of France’s premier club competition; Top 14.  Reaching the plays off in seven consecutive seasons between 2011 and 2018, five of which they made the final in, Toulon also won three consecutive European titles.

However, Toulon’s decline over the last 4 seasons, now sees them in their deepest of struggles; slumped at the bottom of the Top 14.  The thought of returning to the heights that the club and fans had become so accustomed to seems a very distant homecoming.

The Rise of Toulon

In July 2000, Toulon was relegated to France’s 2nd division; Pro D2 by the Ligue National de Rugby as a result of their extortionate financial liabilities.  They endured 5 years in this league before earning a promotion to the Top 14.

However, their spell in the Top 14 lasted just a season as 3 wins from 26 saw them straight back down to Pro D2.

In 2006, now president, Mourad Boudjellal, took over Toulon and, on arrival, promised to ‘build a huge team’.  Even as a self-confessed novice of rugby, Boudjellal was not perturbed to flaunt his deep pockets; which he did so with immediate effect.  The signing of former All Black captain, Tana Umaga, embodied his future vision for Toulon – a team of global superstars.

Umaga’s purchase, especially by a team battling in France’s second division, orchestrated a renovation of RC Toulonnais that remains unprecedented.

Boudejellal persisted with signing high-profile names even whilst struggling in the Pro D2.  Former Wallabies captain and record test-cap holder at the time, George Gregan, joined by All-blacks most prolific points-scorer at the time, Andrew Mehrtens helped Toulon gain promotion back into the Top 14.

Toulon’s first season in the top flight was not straightforward.  They just about avoided relegation thanks to a late flurry of victories that took them to a ninth-place finish.  However, continuing to bolster his squad with more big-name signings gave Toulon immediate success.  Signings such as Juan Fernandez Lobbe and Johann van Niekerk, which were surpassed by that of All Black totem, Sonny Bill-Williams and England’s iconic figure, Jonny Wilkinson, progressed Toulon to a European Challenge Cup final.

Although Sonny Bill-Williams’s stay was brief, his void was instantly filled with the introduction of prolific names such as Simon Shaw, Bakkies Botha, Steffon Armitage, Matt Giteau and Mathieu Basteraud.  The first season with this group of superstars saw Toulon become runner’s up in both the Top 14 and European Challenge Cup for the 2011/12 season.

Despite, Toulon’s improvements, Boudjellal was not content as they had yet any silverware to show for it. Further star-studded signings such as Andrew Sheridan, Delon Armitage, Bryan Habana, Drew Mitchell, Martin Castrogiovanni, Leigh Halfpenny and Ali Williams, saw Toulon experience an unconquerable run of French and European dominance between 2012 and 2016.

They became the first team to win back-to-back-to-back European Cups whilst also winning the Top 14 in the same season Jonny Wilkinson said his farewells to Toulon and to the game.

The Fall of Toulon

Ever since Bernard Laporte’s departure in 2016, Toulon’s success has never been the same.

With only a Top 14 runner’s up medal in 2017, Toulon’s regular-season finishes never surpassed the fourth spot; ending in ninth and eighth in three of the last two seasons.

Toulon’s immediate decline frustrated Boudjellal, whose response was to incessantly hire new coaches in hopes of changing their fortunes.  In fact, his most recent appointment of Franck Azéma, is the club’s sixth head coach in the last 4 years.

However, with the departure of the big-named signings that were the fulcrum of their dominance and success, it is not as though Toulon have suddenly lost all trace of player capability and talent.  A squad that can play Kieran Brookes, Sergio Parisse, Ma’a Nonu, Louis Carbonel, Eben Etzebeth, Leone Nakawara, Charles Olivon, Gabin Villière – need I go on; on the same field at once, for some reason or another, are struggling more than ever.

Toulon currently sits at the bottom of the Top 14 on 23 points with just 4 wins.  Although they have three games in hand over the next strugglers, Biarritz, Toulon also has, statistically, the worst attack in the league. They average just 16.7 points per game, which leaves a chasm between them and the attacking prowess of the current top 3 in Bordeaux (25.6), Montpellier (26.5) and Lyon (24.1).

To compound their woes, Toulon has won the least number of games (4) than any other team in the league, and, as is the narrative with all French teams away from home, none of their victories has been on the road.  In fact, three of their victories have been against Stade Français, Brive and Biarritz, who are 9th, 12th and 13th in the table respectively.

The fans and Boudjellal’s impatience for Toulon to replicate the heights of 10 years ago is excruciatingly palpable.  He continues with the philosophy of chucking the chequebook at huge-named players, which served him so well in the past, in the hopes that they will rebuild themselves and deliver the fans of Toulon the success that they have been deprived of for so long.

His latest edition of World Cup winner and South Africa’s talisman, Cheslin Kolbe, epitomises his loyalty to such an approach.  Even as a reigning Top 14 and European Champion with former club, Toulouse, there is very little suggestion that a Toulon resurrection is going to occur anytime soon.  But, as the cliché would dictate to ‘take each game as it comes, a Toulon resurgence will start with welcoming current leaders, Bordeaux, on Saturday 12th Feb. 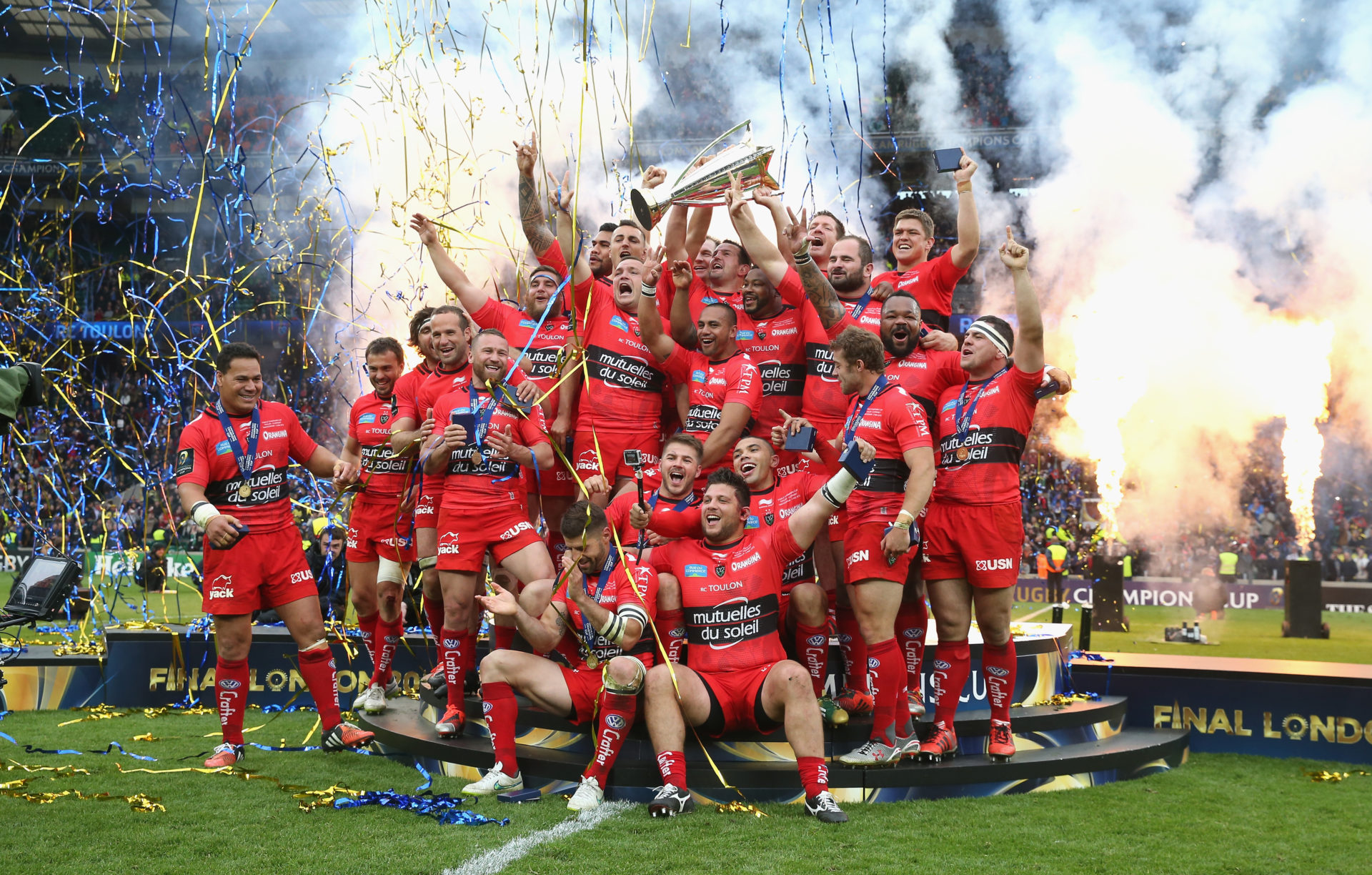