The Japanese Grand Prix has just marked the one year anniversary of the accident which injured young driver Jules Bianchi. The accident was one which Jules would never wake from and on the 17th of July this year he died, succumbing to his injuries. He became the first F1 driver to die on track since Ayrton Senna back in 1994. Unlike Ayrton however Jules will never be a F1 world champion, a young driver on the rise who will never get a shot to show what he could do at the sharp end of the grid. Jules now joins a long list of those who died in the pursuit of a title in Formula 1 over the years. Here is a short list of just a few of the drivers who life’s ultimate goal was never to be realized.

Bruce Mclaren was a New Zealand born designer, mechanic and driver. He was a one man F1 team, his name and his legacy are carried on by the Mclaren F1 team to this day. He began to raise eyebrows when entered in the 1958 German Grand Prix at the fearsome Nürburgring. Driving an inferior F2 car he finished 5th overall and first of the field of F2 cars. The next year he joined the Cooper race team and became the youngest driver to win a race by winning the US Grand Prix at the age of 22.

A few years later Bruce Mclaren set up Bruce McLaren Motor Racing Ltd. which in 1965 he used as a platform to enter his own Formula 1 car. Further success as a driver came in 1966 when he won the Le Mans 24 hours with co-driver Chris Amon in the dominant Ford GT-40. In the mid 60’s Mclaren began designing and racing in the Can-Am series in the US with great success winning 20 races out of 23 in three years.

On June 2nd 1970 Bruce was testing his M8D Can-Am car at Goodwood Circuit part of the rear body work came away cause the car to destabilize, spin and hit a bunker which was used for a marshaling post. He died instantly. He was 32.

His cars won five Can-Am Championship with Bruce taking 2 in 1967 and ’69, he also claimed 4 Formula 1 wins in his time in the sport.

Fortunately for Mclaren his legacy is still known thanks to the Mclaren racing team who would go on to win 8 Constructor’s Championships, the first in 1974.

Francois Cevert is probably partly responsible for the shaping of the stereotypical F1 driver of the 70’s. He was talented, handsome, charming and unfortunately met an early end on the race track.

He joined the Tyrrell racing team in 1970 and was immediately stuck in the car next to reigning world champion Sir Jackie Stewart. Jackie saw the talent in Cevert and began honing Francois’ craft to become the number 1 driver in the team after Jackie’s retirement. Jackie even said of Francois that he was very “obedient” which in the words of a racing driver means he could have fought me for wins but he didn’t.

Except on one day in 1971 at the US Grand Prix at Watkins Glen, Jackie’s tyre were suffering in the 100° heat and Francois passed him on lap 14. He ran a close race to the end against Jacky Ickx to take his first and only F1 win.

2 years later and back at Watkins Glen, Jackie Stewart had already clinched the championship and was going to announce his retirement at the end of his 100th race therefore making Francois the de facto number 1 driver in the team. However on the Saturday qualifying session Francois was battling with Ronnie Peterson for pole position when, going through The Esses corners, his car lost control and touched the barrier on the right-hand side of the track cause the car to turn and hit the barrier on the left-hand side of the circuit. The barrier was lifted from the ground and came over the top of the car and hit Francois, killing him instantly.

Jackie Stewart said of the scene of the accident “They (marshals) left him in the car because he was so clearly dead.” Jackie and the team withdrew from the event. With Jackie’s retirement and Francois’ death in the one weekend the team was at a major loss and never got back into championship form again.

Francois died a year before he really got the chance to show what he could do as a team leader. He was 29 years old.

Ronnie Peterson was born in Sweden in 1944 who came into Formula 1 through karting and, more importantly, racing Formula 3 for the March Racing team who also ran an F1 team.

He got his start in F1 racing for Antique Automobiles Racing team which was owned by a car dealer who raced with older spec F1 cars such as; the Cooper T86 and the Mclaren M7B.
The team was more marketing than racing and only entered in 9 of the 16 races during the season, with Peterson’s best finish coming in Monaco were he finished 7th.

His car control and seat-of-the-pants driving style attracted the attention of others on the paddock and in 1971 he made the jump to full time F1 driver for the March F1 team.

After the 1972 season Ronnie joined the more established Lotus F1 team, run by the infamous Colin Chapman. Over the next two years Ronnie was proving himself on track but it wasn’t until the French GP in the middle of the ’73 season that he would get to the top step of the podium for the first time. He finished the season with 3 wins in the final 4 races which put him into 3rd in the Championship to finish the season. The future looked very bright for Peterson and Lotus.

However struggles with reliability and bad luck hampered Ronnie during his time at Lotus. It wasn’t until 1978 that Lotus and Chapman had hit on the next innovation in F1 car design, ground effect, which finally gave Ronnie and teammate Mario Andretti the car needed to fight for the championship. Ronnie was second more often than not to Mario but retirements from both drivers through the season kept them close up until the Italian GP.

At the start of the race Peterson, who had qualified lower down than usual, was caught up in an accident not of his own doing. His car spun into the barriers at the side of the track, crushing the front of Peterson’s car. James Hunt, watching from his car, saw Brambilla’s crash into the back of the Lotus which immediately caught fire. With Niki Lauda’s crash in Germany two years previous still fresh in the mind Hunt jumped from his car and pulled Ronnie from the car.

Brambilla had sustained serious head injuries and was the main focus of the medical effort after a crash which involved ten cars. So Peterson, whose legs and feet had about 27 fractures in them, lay and waited. Once he was stabilized he was taken by helicopter to the hospital to undergo x-rays followed by a lengthy surgery to reconstruct the bones in his legs.

4 hours after the surgery Professor Sid Watkins, the Formula 1 race doctor, received a phone call from the hospital to say Ronnie’s condition had worsened. By the time Prof. Watkins arrived at the hospital Ronnie Peterson was brain dead. Ronnie Peterson had died due to a fat embolism, basically a clot of fat in the blood vessels in his legs that blocked circulation to the lungs and starved his brain of oxygen. This kind of blood clot not uncommon with Peterson’s injuries but is uncommon in that it doesn’t usually present with harmful effects. He was declared dead the next morning on 11th of September 1978, he was 34.

His death secured the driver’s title to his teammate Mario Andretti, who said:

“It was so unfair to have a tragedy connected with probably what should have been the happiest day of my career……I couldn’t celebrate, but also, I knew that trophy would be with me forever. And I knew also that Ronnie would have been happy for me” 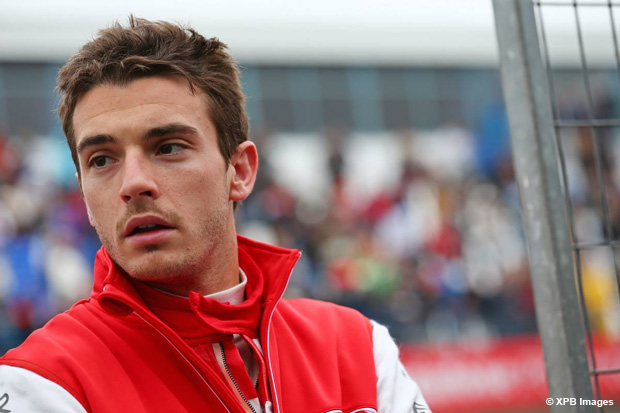