Nottingham Forest may have produced their most important piece of business this transfer window, by securing Brennan Johnson’s future with a four-year contract at the City Ground.

Born and bred in Nottingham, Johnson made his professional debut at the age of 18, but it was whilst on loan at Lincoln City that Johnson would turn heads.

Under the guidance of then manager Michael Appleton, Johnson would feature 49 times scoring 13 goals, including 13 assists, an impressive return for a young player with his first taste of senior first-team football.

Johnson would play a major role in the campaign which led them to the play-off final, after playing a pivotal role in the first of two legs against Sunderland, scoring in a two-nil win at Sincil Bank. But the season would end in heartache for Johnson and Lincoln, as they lost 2-1 to Blackpool at Wembley. Despite losing, Johnson would take a lot from that season playing the full 90 minutes at Wembley, and a very positive first season under his belt he would be able to take back to Nottingham for the next season.

Johnson’s humble beginnings started at Dunkirk FC of Nottingham, before signing for Forest at the age of eight, joining in his footballer father’s footsteps David Johnson.

Johnson senior was a former Reds forward himself having played for the club between 2001-2006, so the family connections run through the veins of Brennan who lives and breathes Nottingham Forest.

With Brennan Johnson returning to the City Ground after a successful loan spell at Lincoln, the 21-year-old would be thrust into the first team upon his return, featuring in every Championship fixture last term.

Johnson’s first goal for Forest came against arch-rivals Derby County in August 2021, but by the September of the same year then manager Chris Houghton was sacked after 6 defeats in their opening 7 matches, leaving Forest languishing at the foot of the table.

Steve Cooper would come in replacing Houghton, and instantly propelled the club up the table with Johnson spearheading the club’s meteoric rise.

By the turn of the year, it was no surprise to see when Premier League clubs came sniffing around the availability of the talented winger. But it was Brentford who would make first contact, a club record £15 million bid being rebuffed by both club and player.

Rejecting a move to Brentford which would have guaranteed Johnson top-flight football he so clearly was destined for was a bold and admirable decision for the young man, which adds to the genial character of the player who wanted to stick around to achieve promotion with his boyhood club. “In January there were a few options for me to leave, but I did see something special in the team as well. I’m not saying I called us going up, but I did think we had a good chance of getting in the playoffs and I knew anything could happen from there. It’s so good that it’s worked out like that.”

A return of four goals and four assists in the month of April saw Johnson awarded the EFL Championship player of the month.

Johnson would go on to score 19 goals in all competitions last season, as Nottingham’s incredible rise under Cooper narrowly missed out on automatic promotion. A second play-off campaign in two years for Johnson including another two goals in the semi-finals, this time against Sheffield United, included converting a spot-kick in the nerving penalty shoot-out in the second leg to send Forest to Wembley.

This time around for Johnson was a success at Wembley as the club returned to the Premier League for the first time in 19 years defeating Huddersfield 1-0. He was crowned EFL Championship Young Player of the Season.

This fast rise to stardom did not end there, as seven days later Johnson would help Wales defeat Ukraine in their decisive World Cup play-off, cementing the nation’s spot in the Qatar-hosted World Cup at the end of this year, ending their 64-year wait to play at the iconic tournament.

Born in Nottingham, Johnson qualifies for the Welsh national side due to his mother, who hails from Rhayader in mid-Wales, and has worn the dragon on his chest at under-19 and under-21 levels.

Just a week later, Johnson was again in action for his national side in the UEFA nations league, scoring twice in just three days against Belgium and the Netherlands.

This year’s winter world cup will be a chance for Johnson to showcase his true talents on the world stage.

With Wales alongside England, Iran & the USA in group B, where the Welsh winger will fancy his chances of scoring in his first major international tournament. Wales kick off their opening fixture against Iran on the 25th of November.

At such a young age, Johnson is currently involved in one of the most successful Welsh sides in many years, this side under Rob Page has featured in the last two European Championships and with the likes of Gareth Bale and Aaron Ramsey in the side, Johnson is relishing every opportunity.

On playing with former Real Madrid star Bale, Johnson said “The more he plays and the more I get to train with him, that helps me.

“He’s such a good player and I pick up little things training with him from every session.

“It’s unbelievable for the whole football world that he carries on playing.

“When I’m on the bench I’m watching little things he does in games. The way he gets past people is something I want to do in my game.”

The World Cup has skipped past generations of former notable legends including Ryan Giggs, Ian Rush, Mark Hughes, and Neville Southall, all legends of Welsh past who have all failed to appear at major international finals for their country, Johnson can feel privileged to be doing so in several month’s time, in this new exciting era of football for Wales.

The next 12 months will be exciting for Johnson with a World Cup and his first experience of top-flight football, it will be thrilling for all watching to see what Johnson can do on the main stage.

The question is not if but for how long can Forest hold on to their main asset? 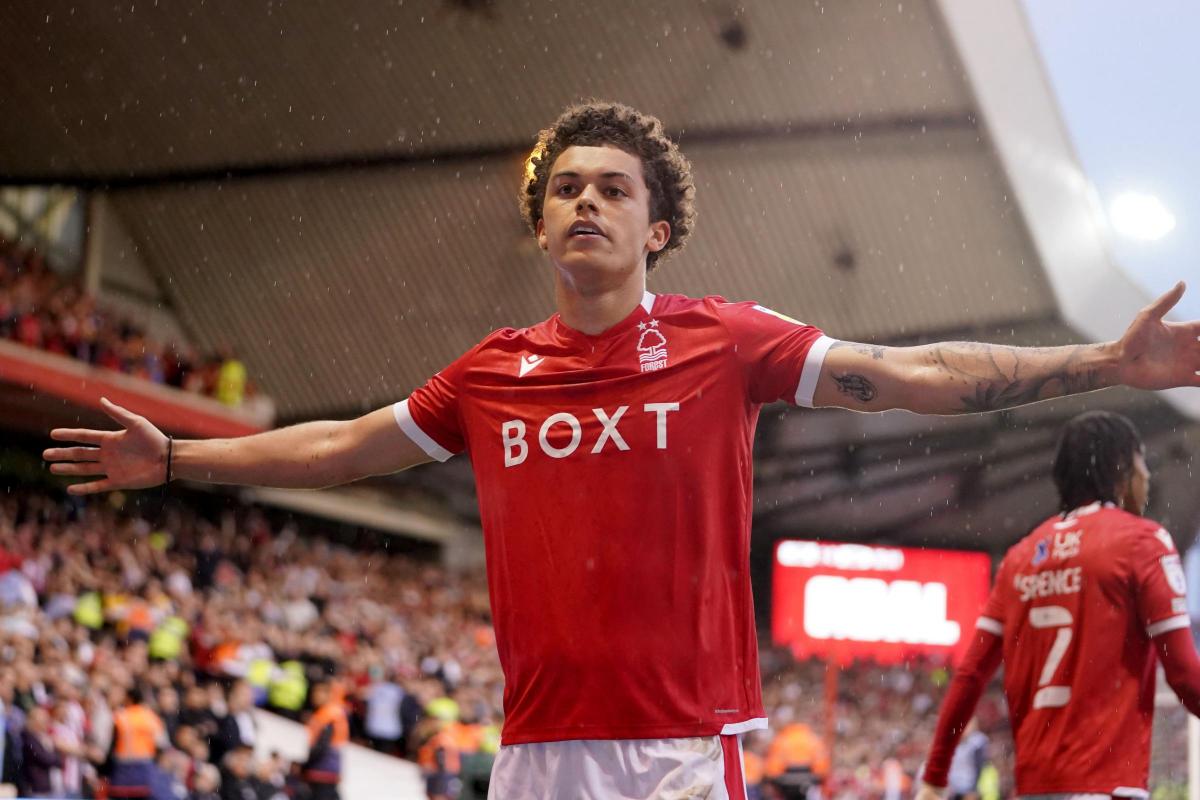