Manchester City has signed the former Swansea City striker for an initial fee of £25m, but the fee could rise to around £28m.

Bony is now officially the most expensive African footballer, replacing the former City striker Emmanuel Adebayor who signed for £25m. City have sought to replace the gap left by the sale of Alvaro Negredo in the summer,

City also needed to find another striker to replace their depleted front-line with Edin Dzeko currently out injured, and Aguero and Jovetic just coming back from injuries themselves.

Bony joins his fellow countryman Yaya Toure at Manchester City with whom he is currently on international duty with, as Ivory Coast are due to play in the Africa cup of nations, meaning that Bony could not arrive at Manchester City until the middle of February.

He has been a proven goal scorer throughout his career. He started his career in his native Ivory Coast before a move to Sparta Prague in the Czech Republic. Bony also went on trial at Liverpool before this moves, but wasn’t afford a contract. He scored 22 goals in 59 games, which led to a move to Dutch club Vitesse Arnhem where Bony started to create a name for himself.

In his first season with the club, he managed to score 12 goals. He went from strength to strength in his second season and finished the season as the league’s top scorer with 31 goals. His incredible goal scoring exploits on this season lead to a number of admirers, with Swansea eventually capturing him for a fee of £12m.

Bony has scored goals no matter what club he is at, and he will surely be looking to continue his impressive record with Manchester City. He will also be looking forward to playing with the likes of Tour, Silva and Aguero, and helping City to hopefully win the title this season and progress as far in the Champions League as possible. 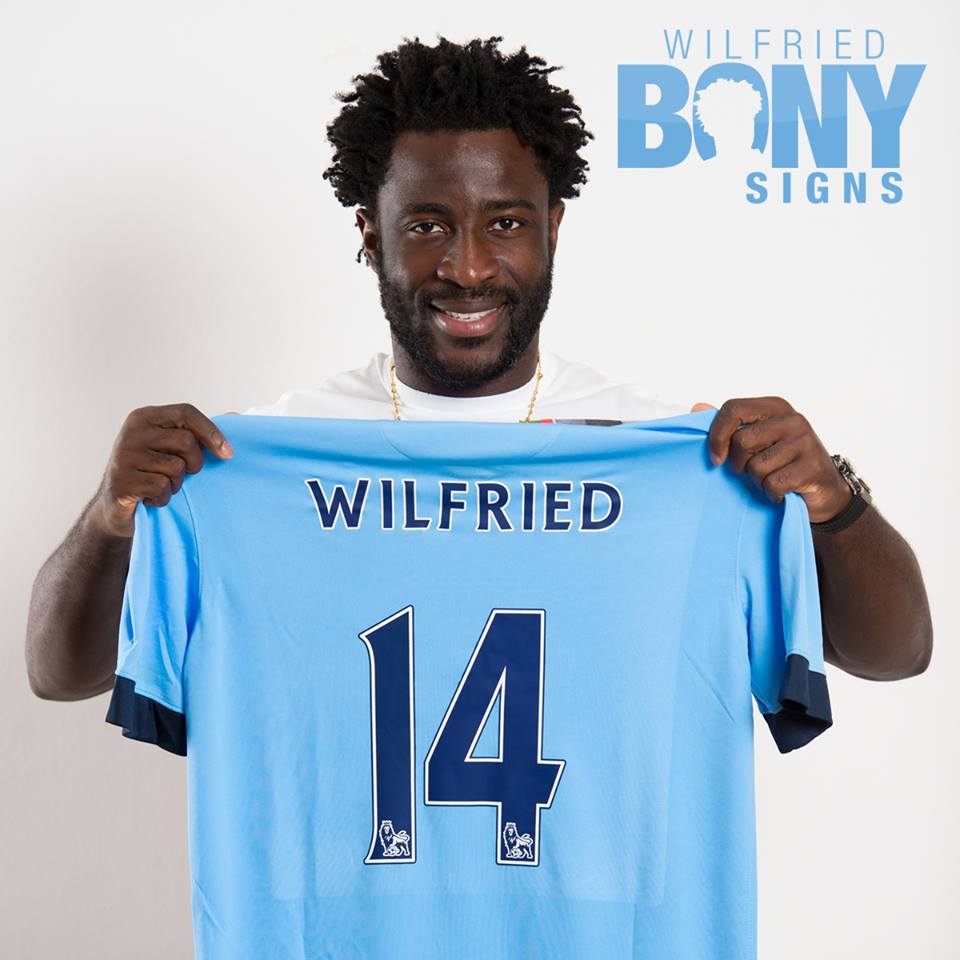