Saturday’s action saw New Zealand are closing in on victory in the test at Edgbaston thanks to 3 wickets each for seamers Matt Henry and Neil Wagner while Sussex Sharks would get a comfortable win in the Blast.

Matt Henry would be LBW to Wood for 12 before Tom Blundell would be caught by Joe Root off Stuart Broad’s bowling for 34 with Ajaz Patel the last man out LBW to the same bowler for 20 – Trent Boult the not out batsman with 12.

The England innings would get off to the worst possible start with Rory Burns out off the second ball, caught by stand-in captain Tom Latham off the bowling of Henry before opening partner Dom Sibley would be caught by Mitchell off the same bowler for 8. Crawley would give Henry his third wicket of the day as he was LBW for 17 before Ollie Pope was dismissed the same way, this time to Wagner, for 23.

Dan Lawrence would be the fifth man out as he was caught behind by Blundell in the following Wagner over without scoring before Bracey would be bowled by Patel for 8. Joe Root was caught by Blundell off the bowling of Patel for 11 before Mark Wood was dismissed for 29 to Blundell off Wagner’s bowling. Broad would be last man out in the day’s play, bowled by Boult, for 1 with Stone and Anderson on 15 and 1 respectively – England leading by 37 going into Day 4.

Hampshire won the toss and elected to bat.

Joe Weatherley would be stumped by Salt off Lenham for 14 before Salt would get his third victim behind the stumps, catching Liam Dawson off the bowling of Tymal Mills for 16. Ian Holland would be the last man out for 10 as he was caught & bowled by Garton with James Fuller (26) and Chris Wood (10) the not out batsmen at the end of the innings.

Australian Travis Head would be the only batsman out for the hosts as he was caught by Dawson off the bowling of Holland for 23 as Salt (72 off 44 balls) and Ravi Bopara’s (56 off 42 balls) 118-run partnership would see the Sharks across the line with almost 4 overs remaining. 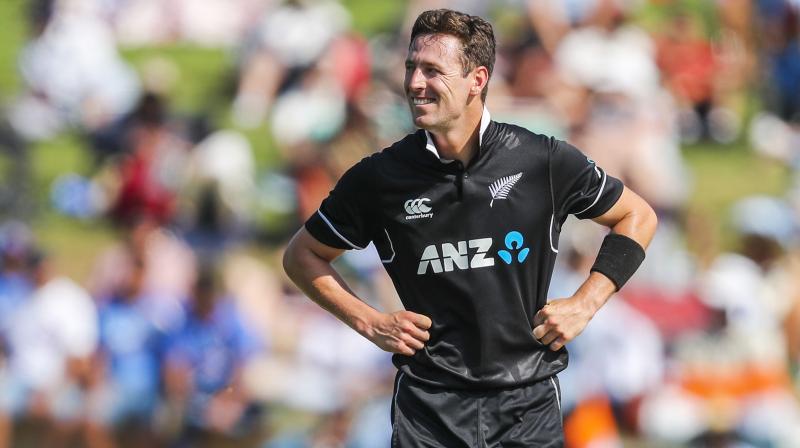