Friday’s action saw New Zealand move into a great position in the 2nd test while in the Blast, over 400 runs were scored at Edgbaston, runs and wickets for Derbyshire’s Matt Critchley and there were plenty of runs for the English players that were involved in the Indian Premier League as they get some cricket under their belts ahead of a busy summer.

Resuming on 258/7, England would add 30 to their overnight score before Mark Wood would be bowled by Matt Henry for 41 before Stuart Broad would be caught behind by Tom Blundell in the following over off Trent Boult’s bowling with James Anderson LBW to Boult for 4 leaving Dan Lawrence 81 not out.

The visitors would lose captain Tom Latham LBW to Broad for 6 before a 122-run partnership between Devon Conway (80) and Will Young (82) was ended as Zak Crawley caught out the former off Broad’s bowling with Young falling to the final ball of the day, caught by Ollie Pope off Lawrence’s bowling – Ross Taylor not out on 46 when play resumes later today.

Notts would win the toss and elect to field.

Adam Hose would be the first man out for the hosts LBW to Luke Fletcher for 32 before Will Rhodes would be caught by Ben Duckett off the bowling of Calvin Harrison for 18. Opener Ed Pollock would be bowled by Carter for 62 off 34 balls before Dan Mousley would be caught by Samit Patel off Carter’s bowling for 6. Carlos Brathwaite smashed 44 off just 18 balls before being caught out by Joe Clarke off the bowling of Fletcher with Sam Hain (53 off 28 balls) and Michael Burgess (1) the not out batsmen.

Birmingham travel to Derbyshire tomorrow afternoon while Notts travel to Northants at the same time.

Leicestershire won the toss and elected to field.

An 85-run partnership between Matt Critchley and Alex Hughes was ended when Griffiths caught Critchley off the bowling of Ben Mike for 38 with Fynn Hudson-Prentice the last man out for 7 – Critchley finishing on 80 off 45 balls.

Lewis Hill was bowled by Reece for 17 before Rishi Patel would be caught by du Plooy off the same bowler for 35 off 19 balls. Mike was caught behind by Brooke Guest for 22 before Naveen (caught Came) and Will Davis (stumped Guest) would both fall in the same Critchley over with Griffiths last man out, caught Godleman off van Beek for 12.

Yorkshire won the toss and elected to field.

Cameron Bancroft would be caught behind by Jonny Bairstow off the bowling of Ferguson for 15 before Ned Eckersley would be caught by Thompson off the bowling of Waite for 16. Paul Coughlin would be Thompson’s third wicket of the innings, caught by Tom Kohler-Cadmore for 21, with Brydon Carse the final man out off the last ball of the innings as he was caught by Harry Brook off Thompson’s bowling for 51 off 31 balls – Liam Trevaskis ending 9 not out.

Northants would win the toss and elect to field.

Riki Wessels would be bowled by Ben Sanderson for 8 before Brett D’Oliviera and Moeen Ali added a second-wicket partnership of 94 before Ali was caught by Saif Zaib off the bowling of Graeme White for 52. D’Oliviera would be caught behind by Adam Rossington off the bowling of Tom Taylor for 43 before Jake Libby was bowled by the same bowler for 12.

Ross Whiteley would be caught by Ricardo Vasconcelos off the bowling of Taylor for 23 before Ed Barnard (2, caught White) and Ben Cox (26, caught Zaib) both being dismissed by Sanderson in the final over.

Wayne Parnell would be the fifth man out as he was stumped by Ben Cox off the bowling of Ali for 11 before Rob Keogh was caught by Ben Dwarshuis off the same bowler for 26. Taylor was the first of two run outs, by Ali for 3, before Zaib was ran out by Barnard for 36. White would be the last man out, caught Whiteley off the bowling of Dwarshuis, for 7 with Sanderson and Brandon Glover not out for 5 and 6.

Sussex would win the toss and field first.

Head was the first man out for Sussex in the second over of the innings as he was caught by David Payne off the bowling of Shaw for 2 before Ravi Bopara got a golden duck as he was caught & bowled by Payne. Wiese would be bowled by Josh Shaw for 11 before Rawlins would be caught by Hammond off the bowling of van Buuren for 9. Garton would be bowled by Shaw for 46 off just 25 balls with opener Phil Salt (77) and Jordan (24) the not out batsmen.

Surrey won the toss and elected to field.

Lewis Gregory would be caught behind by Jamie Smith off the bowling of T. Curran for 2 before Tom Abell caught by Dunn off the bowling of Clark for 69 off 44 balls – Ben Green and Marchant de Lange the not out batsmen with 24 and 9 respectively.

Will Jacks would be the first man out for Surrey as he was caught by Smeed off the bowling of Josh Davey for 8 with Jason Roy caught out by Tom Banton off the same bowler for 30. A 104-run partnership between Laurie Evans and S. Curran was broken as the former was bowled by de Lange for 65 with Curran and Jamie Smith the not out batsman with 72 (off 36 balls) and 3 respectively.

Essex would win the toss and elect to field.

Middlesex won the toss and elected to field.

A massive partnership of 123 between Jack Leaning and Jordan Cox would go into the final over of the innings, bowled by Green, before Cox was caught by Max Holden off the first ball of the over with Leaning caught by Morgan 3 balls later – both for 64. Darren Stevens would be dismissed first ball, stumped by Simpson, with Matt Milnes caught by Ethan Bamber off the final ball of the innings as Green completed his hat-trick. 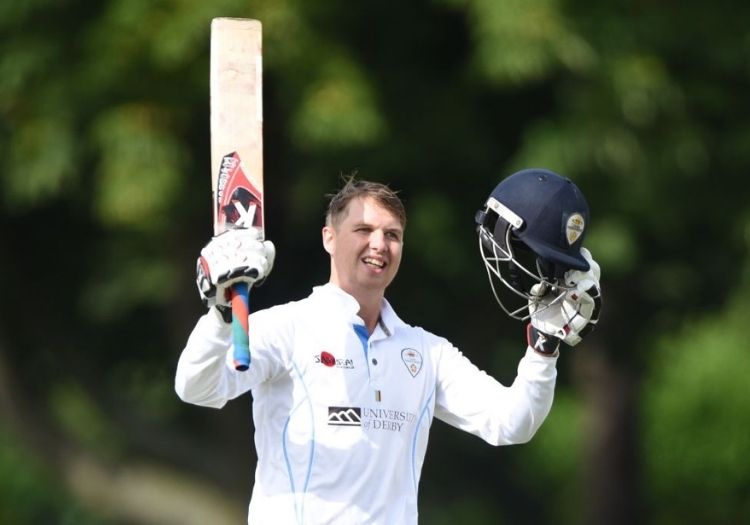