The 21 year old has been in scintillating form netting 14 goals in 25 appearances for the baggies this season and has attracted interest from Liverpool. The Reds have struggled to score goals this season with Steven Gerrard leading the charts with five (although most have come from penalties) and look to add some more strike power to compensate for Daniel Sturridge and the misfiring Mario Balotelli.

However Peace claims Berahino’s future is at the Hawthorns and will not be sold unless Tony Pulis decides otherwise. Berahino pleaded guilty to a drunk driving charge and has been banned from driving for the next 12 months. Peace told the club’s website.

“This unfortunate episode has been unsettling for the club generally and Saido specifically. The club takes seriously the charges to which Saido pleaded guilty and as a result he will be subject to the club’s disciplinary procedures. What has been pleasing for everyone around the club has been the clear sign that Saido has responded positively to the arrival of Tony Pulis and a new coaching team and is displaying clear signs of showing that where it matters most – on the pitch.

“Tony has certainly been delighted with him and it is heartening for everyone to see a young man moving forward in the right direction again. We have always looked after him and we are all genuinely pleased to see such encouraging signs that he is back on track”.

West Brom are yet to receive any formal offers for the England Under 21 star who was named England’s Under 21’s Player of 2014.

“I said in the autumn the club had no interest in selling Saido and that remains the case. Unless Tony decides otherwise, the view will surely be that he is far too important to us to consider trading. His goals are capable of keeping us in the Premier League and would be hugely difficult to replace.

“I wanted to take this opportunity to clarify the position and the club’s thinking to our supporters now that Saido can put this unhappy chapter behind him.”

West Brom play away to Birmingham on the 24th January in the fourth round of the FA Cup. 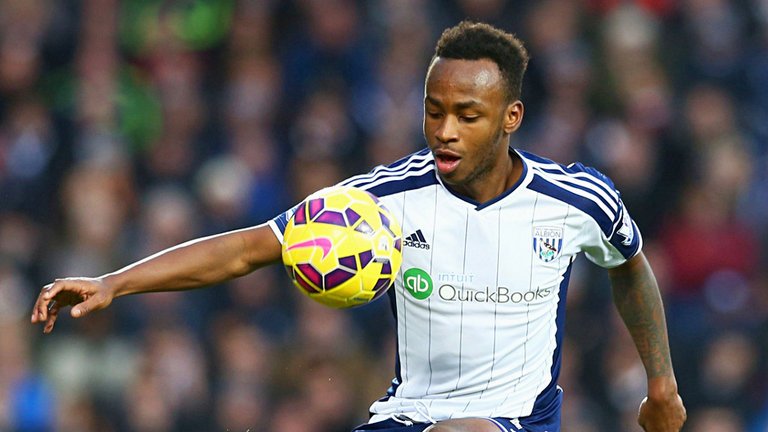