STR has been a confusing team to look at from the outside, from a traditional point of view. In a sport that’s driven by success, a team that exists primarily to scout talent for another team may seem a bit counter-intuitive. After the four back-to-back titles, Vettel claimed at Red Bull, and the storming emergence of Daniel Ricciardo last season, who can argue with their methods?

Although the team improved on their 2013 constructors’ finish by one position, moving them up to 7th place, their main points-scoring driver Jean-Eric Vergne, who scored 22 of their 30 points vs Daniil Kvyat’s 8, has been dropped, whilst Daniil has been promoted to take the seat Vettel absconded from at Red Bull – the reasons behind this decision are a different matter and to discuss them now would be leading us off-topic, so let’s look at their two drivers for the 2015 season, starting with the racer they signed first; 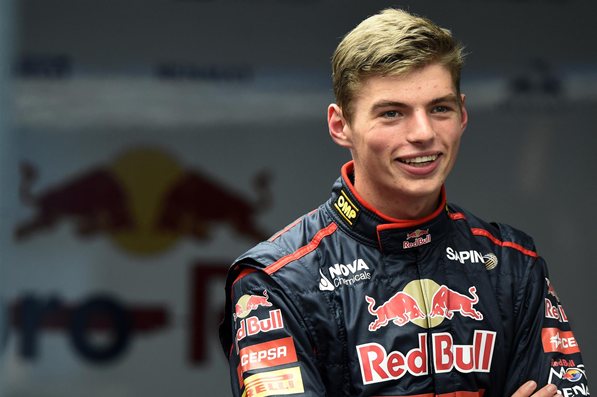 This has for many been the most controversial signing of the season. On his race debut Max will be little over 17 years old. Many people feel this is too young for anyone to be at the helm of a Formula 1 car, that this is some kind of discredit to the sport. I feel this is a very narrow-minded viewpoint. Since out sport began, the age of GP drivers has been tumbling, this is a long-established trend. We live in a time where big businesses make very serious investments in motor-racing, and nurturing talented drivers from as soon as they have the physical strength and mental capacity to take to the tarmac in go-karts. Red Bull and their junior program running through to F1 are one of the big success stories regarding this philosophy to going racing. They wouldn’t give Max this opportunity now if they had any doubts.

The objective truth is that time will tell, but here are my thoughts on Max Verstappen.

Age is no obstacle for this mature headed and extremely skilled young racer. In the Formula 3 Euro Series, he may have lost points early in the season, but from the mid-season on he put on a master-class in both cerebral and instinctive racing.

There was everything from the measured and calculated switchbacks that are characteristic of Fernando Alonso, the split-second, perfectly judged dummy-throwing and dive bombing we’ve seen from Daniel Ricciardo in 2014 along with brave, precise moves around the outside in high-speed corners off-line on low grip that show shades of Kimi Raikkonen in his offensive arsenal.

All this with what seems like an intuition for how much grip he has available to him on any inch of the track thrown in for good measure. Any purist or traditionalist who’s actually watched him race will have seen how he goes about it and be excited about such a talent emerging.

As for his driving style, I like it. Watching the onboard from his fastest lap during his free practice session for Toro Rosso at Suzuka, you can tell that as he’s driving, he’s tracing ahead of him with his eyes the line he wants to take through the corner, and then smoothly guiding the car through on that line, whilst he makes gentle adjustments based on the physical sensations he’s getting back from the car. This driving style keeps the cars momentum and minimum apex speed up.

This saves on brake materials since you don’t slow the car as severely, fuel since you don’t need to accelerate as much, tyre rubber since you aren’t subjecting the tyres to unnecessary load, friction or heat and lastly and most importantly lap time as it’s fast! This “less is more” approach echoes that of Jim Clark, although it’s too soon to get carried away as this was a free practice session and he wasn’t fully committed to racing the car, but I like what I saw.

He’s both using his head to anticipate how he’d LIKE to take the corner, lending part of his consciousness to this forethought and anticipation, whilst also reacting immediately to the feedback he’s getting in real-time as the car actually goes through the corner (If you watch the old footage of Clark’s on-board and then Watch Verstappen’s on-board  at Suzuka you’ll see what I mean about their steering inputs) – this ability to divide your thinking like this whilst racing at speeds where a lot of drivers are acting on pure instinct is something that separates the great racers from the good ones.

As for his age and inexperience, Pastor Maldonado is much older and has 4 seasons of experience behind him and he doesn’t seem to have learned from his mistakes. What matters is that Max is physically able to race the car, which he is. That he’s got the skill to race it well, which Toro Rosso and I agree he does, and that he has the discipline and attitude to race it correctly – he’s shown no evidence to the contrary.

There are a lot of arguments against drivers of this age being allowed to race in Formula 1, but I feel Max Verstappen will prove himself an exception to all these rules. I believe the FIA should be more strict on the standards of driving from everyone, and not just make this sweeping blow against young drivers.

We go now to take a look at Carlos Sainz, Jr. The senior driver at Toro Rosso, at the lofty age of 20. 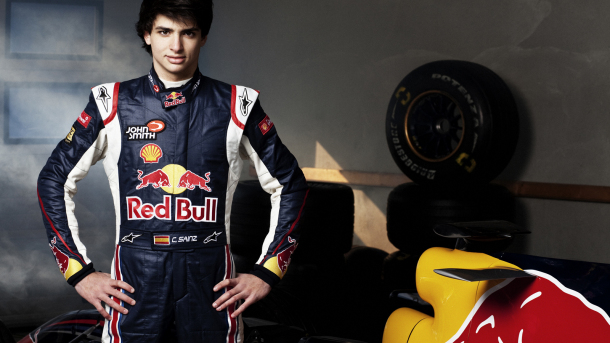 Carlos immediately impressed on his open-wheel racing debut in the Formula BMW Pacific Series in the races at Sepang in 2010. If his 2nd place in the opening race wasn’t impressive enough on his debut, the 4th place and race win he finished the weekends racing with were proof the result was no fluke for Carlos. His partial participation in the European series saw him secure 4th in the championship standings.

Over his 4 years in junior formulas, this has really been a trend for his career. Partial participation in series’ due to juggling racing commitments make it difficult to get a clear picture of just how successful his career has been thus far.

He appears to suffer blips in form over some events, whether or not this is due to bogey circuits, car set-up or something else, I’m sure experience and being able to focus consistently on one discipline as he did to championship success in the 2014 Formula Renault 3.5 Series will make this a thing of the past for Carlos. One thing is sure.

If he can apply the determined attitude he took to his 2014 campaign, he and Max will be pushing each other race after race.

This is for me one of the most exciting duels we’ll be seeing next season. Toro Rosso have judged to give these two young chargers an opportunity to hone their craft with real racing experience in Formula 1 next season.

To me, Max Verstappen is a decision taken on qualitative information from within the team – they clearly see abilities and traits in Max and believe that they can develop this young man into a future title contender for Red Bull. With Carlos they’ve a driver who’s now proven that when focused, he has what it takes to compete for a title.

From what I’ve seen of his driving style, he appears to be of the school of racers who gain most of their lap time from committing fast on turn-in, getting the car rotated as fast as they can which may scrub speed off as the front tyres struggle, and often generates over-steer through the transitional or exit phase of the corners as the driver eagerly chases the throttle which can compromise exit speeds, throw you off-line in a series of turns and compromise your drag to the next turn.

If he carries this over from FR3.5 to F1, he may struggle to adapt to the Pirelli tyres, especially the prime compounds which seem to hobble any drivers who favour this style. Perhaps he will adopt a new driving style for the new formula. We shall see when testing begins!

Being realistic, I expect this driver line up to potentially lose Toro Rosso points as their young drivers adjust to the highly regulated driving in F1, and the monstrous torque of the hybrid power units (Although Verstappen showed sublime car control in his free practice outing at Brazil last season!), along with the inexperience in the finer details of setting-up these new cars. Although I’m sure the engineers at Toro Rosso are used to educating and encouraging rookie drivers.

We haven’t seen Carlos drive a F1 car yet, so it might not be fair to say, but based on what I’ve seen of Max’s driving and his racing last season, I expect him to come out on top in this battle for the right to race at Red Bull in the future. Regardless, these are both two extremely exciting young drivers that I can’t wait to see taming the Toro Rosso’s in Melbourne! 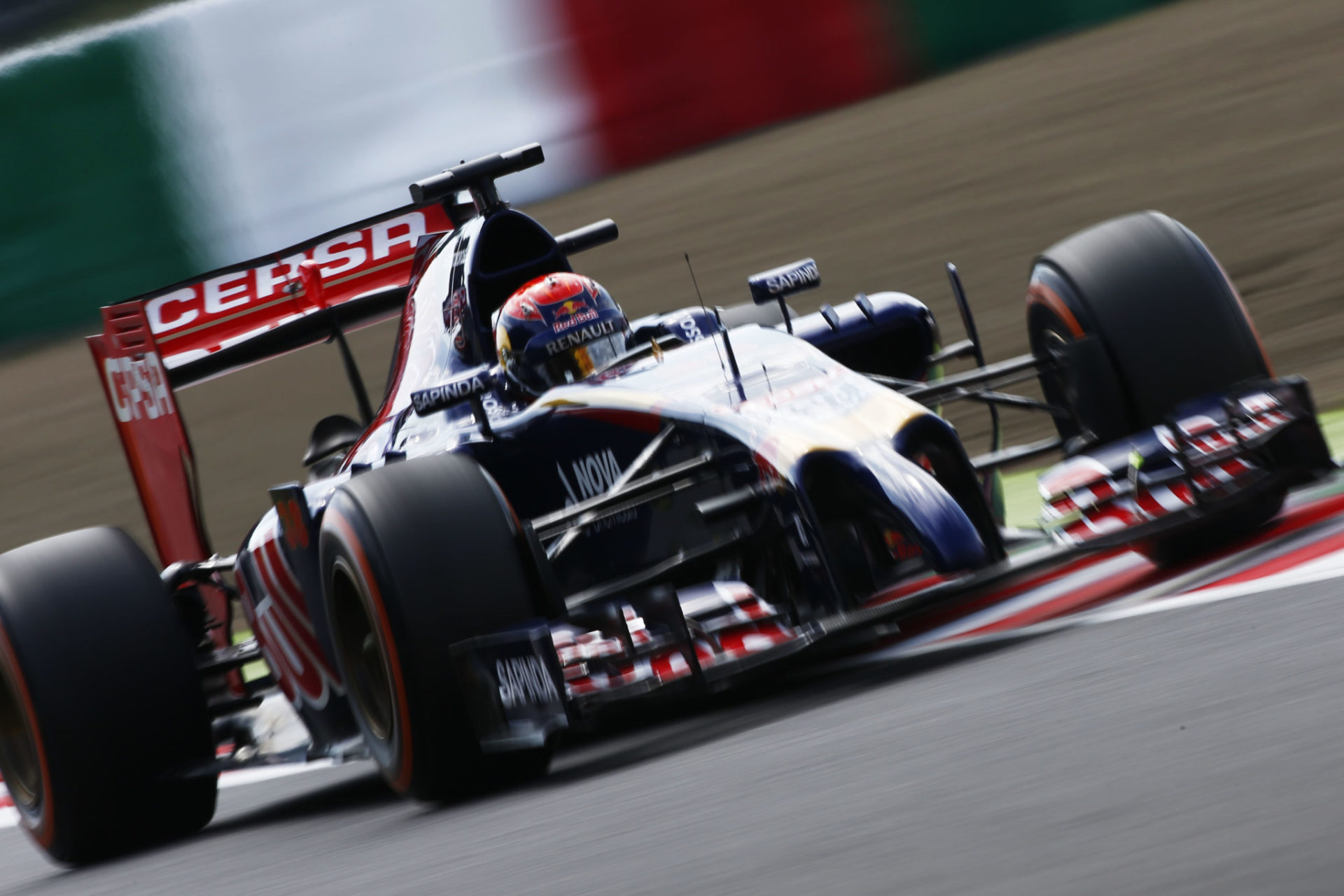