The dust has settled on what can only be described as a once in a generation type of jumps season that looked very different for obvious reasons as racing fought to showcase the raw elements of the sport, that being the symbiotic relationship between both man and horse. Rather than a complete reflection on the season, it is worth considering what is to come and what clues from the past six months can cast light onto the following season.

Will the Irish domination continue?

A topic that has been much discussed since the demolition job at the foot of Cleeve Hill over the Cheltenham jumps. Can the English regain some of their losses over their Irish neighbours?

The short term answer looks bleak but it is interesting to note what Paul Nicholls stated towards the end of the season regarding the long term competitiveness of the sport. ‘You could say that when I had Kauto and Denman we had some of the best horses, now they do and it will come back around.’

It is important to keep a level head regarding the issue despite some in the industry blowing it way out of proportion.

This does not mean there isn’t a problem that needs to be addressed. People know that prize money is an absolute disgrace in this country.  If one’s horse wins a race at the lowest level that money should make up most of the trainer’s fee for the upcoming season, it is really that simple.

Of course, we understand there are many hoops to jump through to even get close to a picture that resembles this sensible proposal. Let’s not get started on bookmakers’ contribution, we could be here for days! This coupled alongside the bloated schedule of British racing allows horses to avoid each other all season bar the Cheltenham Festival it seems. The competitiveness is leaving the game and in the coming years, it must be resolved.

After all, the consumer wants consistent competitive action at all levels. None of this is new information for anyone to digest but it all feeds into the Irish domination which has created an industry-wide discussion.

Will Rachel Blackmore’s ascendance slow down?

Arguably the story of the season was the continued rise of Rachel Blackmore. As we look ahead to next season, she is simply the best jockey in either the UK or Ireland at this current moment. That is not to put down the other remarkable jockeys riding at an incredibly high standard, but Cheltenham and Aintree showcased to the world why she is simply number one.

It got to a stage during the Cheltenham week where ‘non-racing’ friends were backing her blind, not that dissimilar to Ruby Walsh in his prime. Every time you tried to pick against her mount, she would pull it out of the fire and charge up the Cheltenham hill. The world however will remember Minella Times and what a great ride she gave the horse to win and make history in the National with relative ease.

When turning our attention to next season, she is not the only one operating at the height of her powers, because she has a genius of a trainer behind her in the form of Henry De Bromhead.

The stable is full of stars such as Honeysuckle, Minella Indo and A Plus Tard. The addition of Envoi Allen and the string of Cheveley Park horses honestly makes it one of the most exciting stables in jumps racing heading into the 21/22 season, putting Henry right alongside the likes of Willie Mullins.

There is no doubt that R. Blackmore’s name will alter markets moving forward now and it is with very good reason. In reality, it can be argued it is only the beginning of a magical partnership at the top of their game.

The return of crowds?

In the week that crowds return to racecourses in England, the glorious roars shall, all being well, return to the top jumps tracks come the autumn. I remember being at the Tingle Creek meeting in December thank goodness due to the Tier system. The buzz was absolutely electric for all of the races, from the three runner novice hurdle to the showpiece event on Saturday won emphatically by Politologue.

Of course, it is a given that tracks need crowds for financial reasons but it holds true to sports purpose which is as a form of entertainment. The horses and the jockeys feed off the electric buzz that a race day gives them. So it is with cautious hope that comes those wet, overcast and frightfully cold winter days, the murmurs of chatter alongside the rustle of cash exchanging hands will be with us once again.

Will Envoi be back?

Most people can acknowledge that Envoi Allen is an absolute superstar. If you are still a doubter to that fact, listen to the legend that is Ruby Walsh talk about this specimen of an animal. However, after suffering a fracture during the Punchestown festival when being pulled up coupled with his earlier fall at Cheltenham, large clouds hang over the head of jump racing’s golden boy.

Jump racing of course needs horses like him to gain a wider audience in the sport. He is now around 16/1 for the Gold Cup next season which is a monster price. His previous yard stated plainly, ‘he was bought to be a Gold Cup horse’.

It further perplexes me when people say that he has never beaten anything, it couldn’t be further from the truth. He has beaten horses along the way such as Jason the Militant who is rated 158, Abacadabras rated 158, Thyme Hill rated 162, Easy work 153 alongside other very good yardsticks in Shan Blue, Sporting John and Coko Beach along the way. Oh yes, and pretty much made it three miles with Monkfish and Colreevy with a fracture!

Whilst the changing of yards from Gordon Elliot to Henry De Bromhead had potentially disrupted the end to his campaign, it is far too early to write off this champion. The way in which he quickened earlier in the season at Fairyhouse in the Drinmore was a sight to behold.

His turn of gear is electric, even great champions of the past such as Altior needed a few strides to find top gear, this horse does it in a blink of an eye. I sincerely hope he can return to the top table this winter which could potentially lead to Gold Cup glory come March. 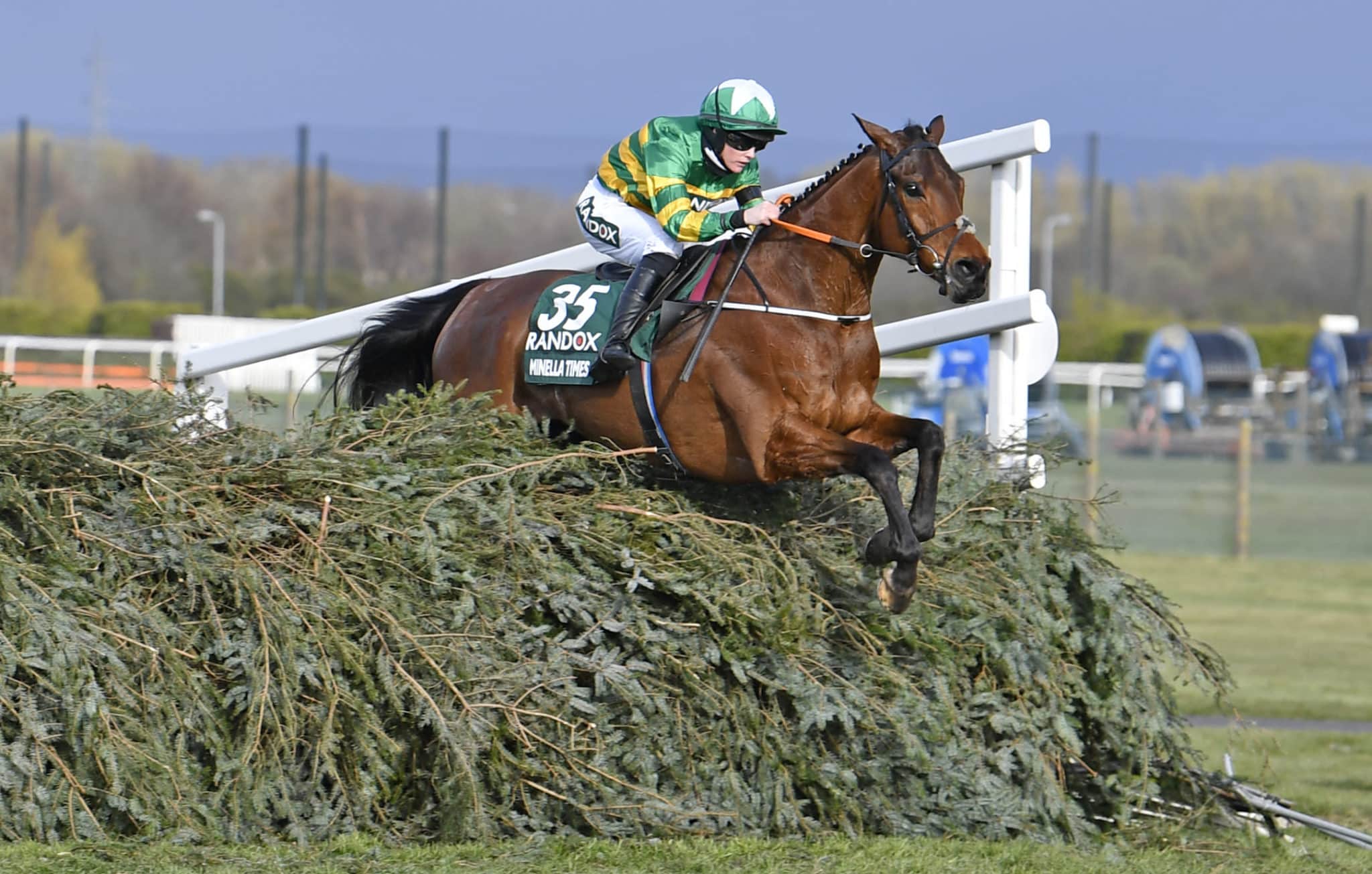