Following on from Benjamin Mendy being charged with 6 counts of Rape, I decided to take a look at what happened to the Monaco players who broke PSG’s dominance and won the 2016/17 Ligue 1 title for only the 8th time in the clubs history.

By the 2016/17 season Danijel Subašić had been a regular feature in Monaco’s team and, from his second year onwards, their number one between the sticks. He’d feature in all but two of their league matches, registering 17 clean sheets in the process, whilst only shipping 28 goals (or 0.8 per game).

Subašić, who previously turned out for Hajduk Split and NK Zadar in his native Croatia, would remain in the principality for another three seasons before leaving in 2020, after nearly making 300 appearances for the club. He took a year’s break from football before re-signing for Croatian side Hajduk Split two months ago

A graduate of Troyes, his hometown club, Sidibé ended up at Monaco after enjoying a modest run at Lille where he quickly became renowned for having a keen eye for goal. Joining a forward-thinking Monaco side just ahead of their championship-winning season aided his development.

He would play another 2 seasons for the principality, but the French full-back, who has won 18 international caps to date, would soon fall out of favour. He joined Everton on loan in 2019 and had a good season with the toffees. Sidibé has now returned to Monaco and is a mainstay in the side once again under Niko Kovac.

It was good timing on Jemerson’s part to sign for Monaco a season before their breakthrough. A bit-part player when he initially joined, Jemerson soon became one of the first names on Jardim’s team sheet, scoring two goals across 34 outings.

Having stayed with the club another three seasons, the two-capped Brazil international returned to his homeland in November 2020, joining Corinthians on a permanent deal. He was later released this summer before joining Ligue 1 side Metz on a free transfer.

Kamil Glik had enjoyed spells at Palermo and Torino but after good spells caught the eye of Monaco. Glik was another signed just before their 2016/17 campaign got underway, and the Pole soon became their undisputed leader at the back and marshalled Jardim’s defence like a general. He remained for another three years after their unexpected triumph before swapping the glitz and glamour of Monte Carlo for newly promoted Serie A side Benevento, whom he still turns out for.

If Glik was the heartbeat, then Mendy was certainly the soul and laughter. Fun and games aside, the French footballer spent one season at Monaco proved to be productive, creating no fewer than 10 goals across 39 matches in all competitions.

His eye-catching performances earned a big move to Manchester City and, though his time in England has been a relative success pickup up a number of medals, the Frenchman has often sat in the physio room. It would seem his career is now over as the defender has been charged with 6 counts of rape.

A former Real Madrid and Rio Ave midfielder, Fabinho was a rock in the centre of the field. Fabinho made 233 appearances for Monaco before leaving a year after winning the title to join Klopp’s Liverpool.

It took some time but the Brazilian is now among the most important players under the German tactician. The move definitely seems to have paid off with Fabinho having added a Champions League and Premier League to his trophy cabinet.

A decorated winner at boyhood club Sporting CP and FC Porto, where he lifted three Portuguese titles, it was a massive coup for Monaco when they acquired the services of Moutinho who had long been on the Wishlist for many super clubs. He would, though, have to wait before getting his hands on championship gold as it came in his penultimate season.

It wouldn’t be long before Moutinho moved on and it proved to be another eyebrow raising transfer as the 142-time Portugal international joined Wolves where many of his compatriots are plying their trade. Despite being 35 years old, Moutinho is still a regular in the Wolves line-up having played 13 games so far this season.

After humble beginnings at Rennes, where he only made 24 league appearances, Bakayoko made his way to Monaco slowly establishing himself as a presence in their midfield. Strong competition for places meant he wasn’t always guaranteed a starting berth, though whenever Bakayoko turned out for Jardim he seldom put a foot wrong.

Impressive performances in his title winning season led to Chelsea plashing out £36 million for the Frenchmen. but his time at Stamford Bridge hasn’t exactly turned out the way he wanted. A spell on loan at AC Milan was followed by a similar move back to Monaco, and he has since become a cog in Chelsea’s infamous loan machine, joining Napoli on loan last season and most recently signing for AC Milan on a 2 year loan.

Mendy wasn’t the only Monaco player making his way to City, but it would certainly seem that Bernardo had slightly more success. Silva previously represented Benfica, although he never quite broke through at Primeira Liga giants. But after a season on loan at Monaco they were confident enough to spend £14 million on the Portuguese winger. His final Ligue 1 campaign for Monaco saw him bag eight goals across 37 outings whilst creating a further nine.

These performances saw him earn a transfer to Manchester City where he had to battle for a starting role in Guardiola’s overloaded attack. He was recently linked with a move away from the Etihad, btu after impressive performances and plenty of playing time so far this season he seems set to stay in Manchester.

What made this Monaco side good to watch, aside from the power and creativity, was their emerging young stars. Among them was speedy winger Thomas Lemar, who began his career at reputed talent developers Caen. Monaco picked up Lemar for a bargain of £3.6 million, which led to him making 127 appearances for the principality.

After Monaco’s sensational campaign, a who’s who in Europe were vying for his signature. Liverpool and Arsenal were reportedly determined to bag him but in the end, Lemar opted for Atlético Madrid where he’s enjoyed a mixed time.

Undisputedly the biggest star of this Monaco side was French football’s golden boy Kylian Mbappé who couldn’t help himself in breaking (and setting new) records across that campaign. He finished his second-ever campaign at Monaco, where he rose up the ranks, with 15 goals across 29 league appearances.

Being one of Europe’s hottest teenage sensations it wasn’t long before the giants of football were after his services. Mbappé was keen to move, in order to develop himself further, and opted for regional powerhouse PSG that also happened to be located not far from where he grew up. Since linking up with Neymar and recently Messi, Mbappé continues to fulfil his destiny but is still in search for his first Champions League title.

A lethal marksman in his heyday, supporters of FC Porto can attest to, Falcao was on everyone’s lips before signing for Monaco in 2013. a crippling knee injury during his first season subsequently forced him to miss the 2014 World Cup for Colombia and seemingly taken away that aura which once put the fear in defenders. Soon after returning Falcao joined Manchester United and then Chelsea on loan before turning back the clock as his goals (21 in 29 games) fired Monaco to a first championship in 17 years.

Falcao would remain with Monaco until 2019 where he left for Turkish side Galatasaray. Following mixed performances in Turkey, the 35-year old was released in 2021 and recently signed for La Liga side Rayo Vallecano on a free transfer.

Prior to joining Monaco, Leonardo Jardim had a solid managerial career with two trophies at Olympiacos before a spell with Sporting CP. His big break came when Monaco took a chance with him at the start of the 14/15 season.  From here, Jardim became a favourite in the principality and enjoyed a fast attacking style of football and put a lot of trust in young products like Mbappe and Lemar.

He would manage 233 matches before a poor run at the start of the 18/19 season led to him being sacked. However after the following manager, Thierry Henry, was sacked Jardim regained the hotseat at Monaco only a few months later, but only lasted 11 months. Most recently he joined Saudi Arabian side, Al Hilal during this summer and was recently linked with the Newcastle role until Eddie Howe filled it. 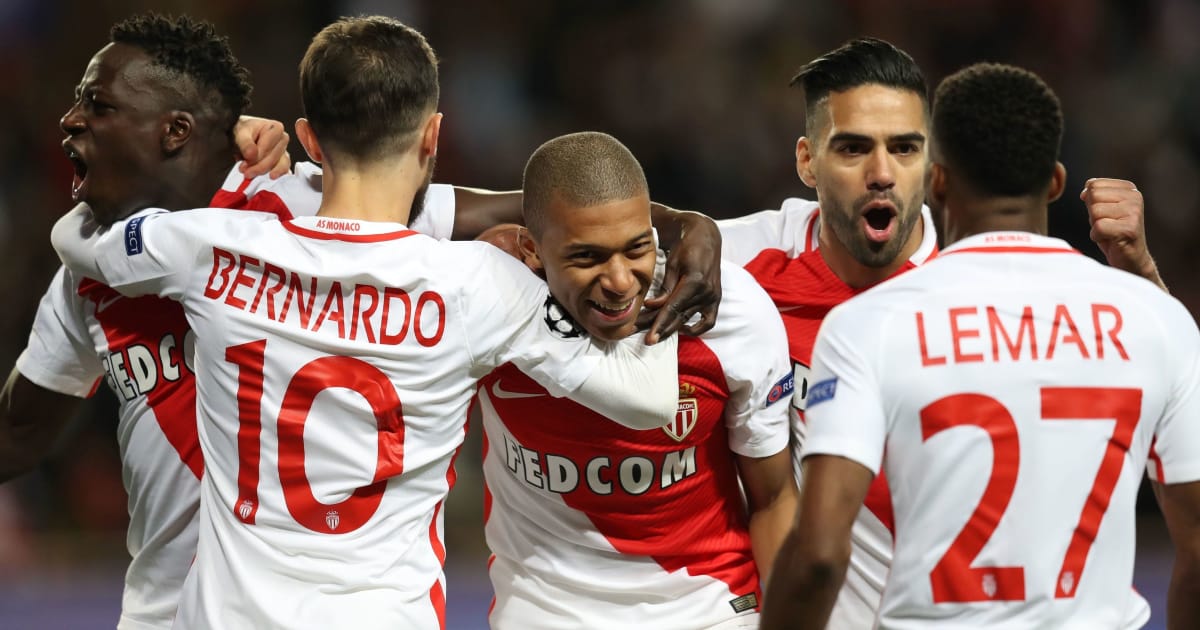