Center Al Horford is currently a free agent and is clearly not heading back to Atlanta after the signing of Dwight Howard. If there’s one team that fits Horford best, it’s the Boston Celtics and here’s why.

Al Horford is probably one of the best centers in the league and is clearly a max player.

Boston has a lot of money and enough to even sign to max players. Although, Boston has had there eyes on Horford and rumor on the street is that Horford is interested in signing with Boston. Sources say that Horford told All Star point guard Isiah Thomas that “they like how they do things around here.” Boston is expected to offer Horford a max contract. Boston adding Horford would be huge for the Celtics. Boston is looking for a big man who has a great offensive & defensive game.

Horford being able to bring his brilliant offensive game and amazing rebounding and having the ability to spread the floor well would help Boston in many ways and could make them eastern conference finals contenders.

Boston already spreads the floor well and can shoot the ball well. Adding Horford in that lineup will make it a lot better and easier for Boston. They just need to find the teammate chemistry throughout the season coming up which shouldn’t be a problem at all for Boston as it looks like they’re doing well on and off the floor.

Boston didn’t make it past the first round in the 2015 playoffs when they were swept by the Cleveland Cavaliers. Then lost in game 7 in the 2016 playoffs as they were defeated by the Atlanta Hawks. Once again, adding Horford to the picture alongside with Isiah Thomas could make Boston Eastern Conference Finals contenders and maybe even finals contenders in the next upcoming years. 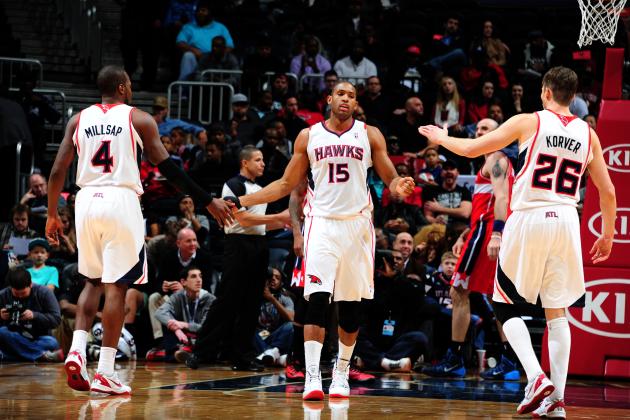