Miura will celebrate his 55th birthday in February, but he is proving age is just a number as he joins the fourth-tier side managed by his older brother.

Now into his 37th season as a professional footballer, Miura has played 765 times in his distinguished club career, scoring 216 goals.

276 of those appearances would come for Yokohama FC, who the Japanese legend has played for since 2005, however, he only managed a single minute for the club last season when they were relegated from the J1 League.

But his very brief cameo vs Urawa Reds in March, at the age of 54 years and 12 days, saw him make further history as the oldest active player.

The forward represented his country for a decade long spell between 1990-2000, scoring an impressive 55 goals in 89 caps, and in 2012, at the age of 45, Miura made his Futsal debut for the national team.

In 1982, he travelled alone to Brazil at the age of fifteen to become a professional footballer there. He signed with the youth squad of Sao Paulo side Juventus, and in 1986, Miura signed his first professional contract with Santos. He played for several other Brazilian clubs, including Palmeiras and Coritiba until his return to Japan in 1990.

‘King Kazu’ has continued to break records all his life, becoming the first Japanese player to feature in Italy, following a loan spell to Genoa in the 1994/95 season.

ALSO READ:  The side to footballers no one talks about

On 5 March 2017, Miura became the oldest ever player to feature in a professional match when he started in Yokohama’s 1–1 draw against V-Varen Nagasaki. With 50 years and seven days, he surpassed the previous record held by Stanley Matthews from 1965 by two days. Seven days later, he broke Matthews’ record for the oldest goal scorer in professional football when he struck the only goal of a 1–0 win over Thespakusatsu Gunma.

On 5 August 2020, he started in a J.League Cup match against Sagan Tosu, becoming the oldest player to take to the pitch in Japan’s league cup competition, at the age of 53 years, 5 months and 10 days. By doing so, he surpassed the previous record of 42 years, 10 months set in 2017 by Yukio Tsuchiya. 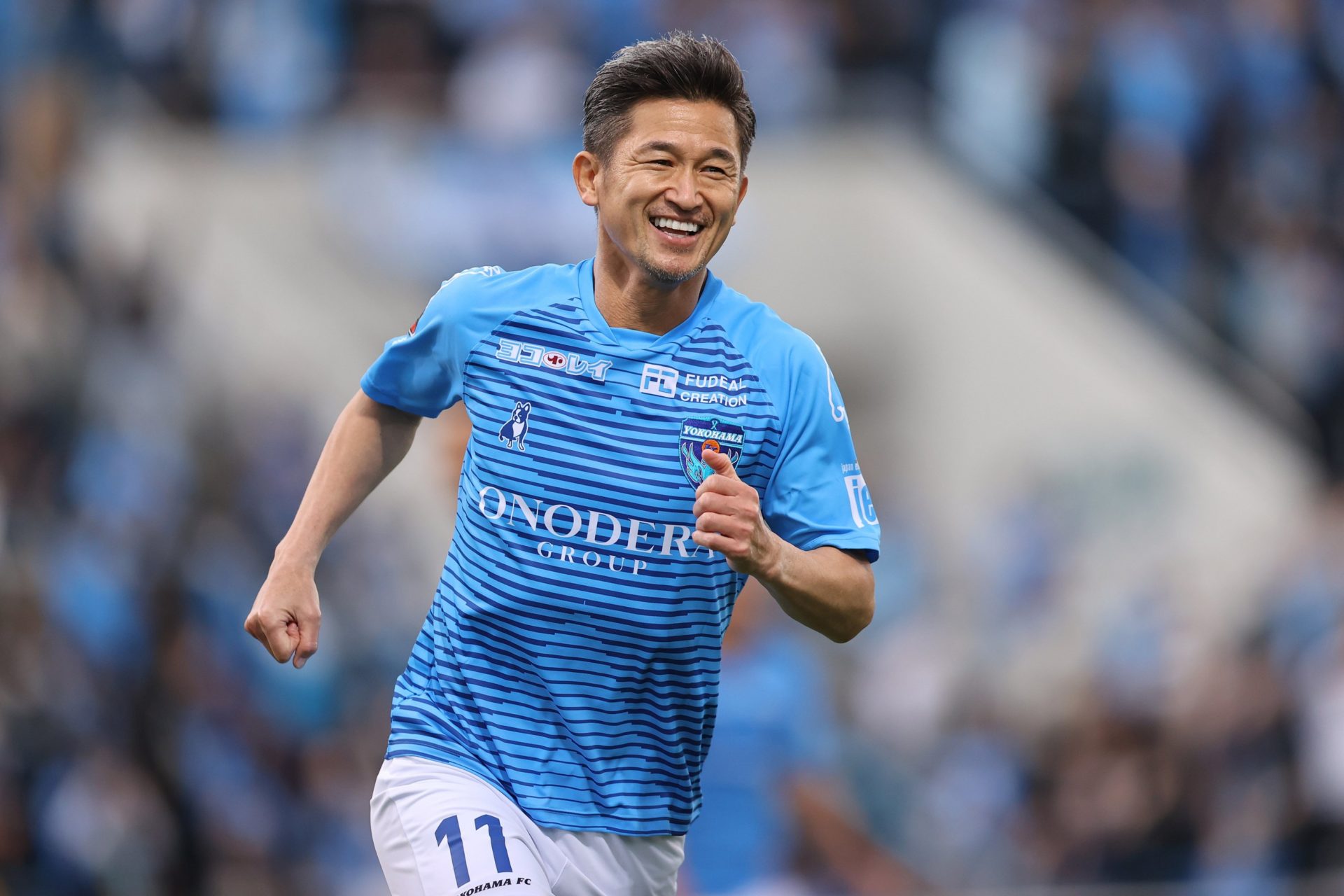