A superb long-range finish from Granit Xhaka wrapped up a 3-1 win for Arsenal over Manchester United on Saturday afternoon to give a massive lift to their hopes of finishing in the top four of this season’s Premier League.

Despite a spell of sustained second half United pressure, Xhaka picked up the ball in the 70th minute, and smashed it to David De Gea’s left to seal victory for his side.

Arsenal started the game with a high intensity, and this was rewarded when Tavares pounced on Raphaël Varane’s defensive error to tap home on 3 minutes, before Eddie Nketiah appeared to double their lead.

However, the forward’s goal was ruled out for offside, and following a lengthy VAR check, a penalty was awarded instead, which winger Bukayo Saka stepped up and coolly slotted home after 32 minutes.

United responded quickly to going 2-0 down through Cristiano Ronaldo, who scored his 100th Premier League goal from close range in the 34th minute, less than a week after he announced the death of his infant son.

Then came the defining moment of the match, as Tavares handled the ball from a corner to give United a penalty and a way back into the game on 57 minutes, but Bruno Fernandes missed it, hitting the left post.

While his countryman Diogo Dalot hit the post twice himself and Anthony Elanga continued to threaten, United failed to muster a goalscoring response to Xhaka’s finish.

The result leaves the away side’s top-four chances in tatters and gives incoming manager Erik ten Hag yet another potential headache ahead of his appointment this summer.

For Arsenal, the three points puts them above Tottenham Hotspur and into the Champions League places, ahead of their rival’s visit to Brentford in the Premier League’s Saturday late kick-off. 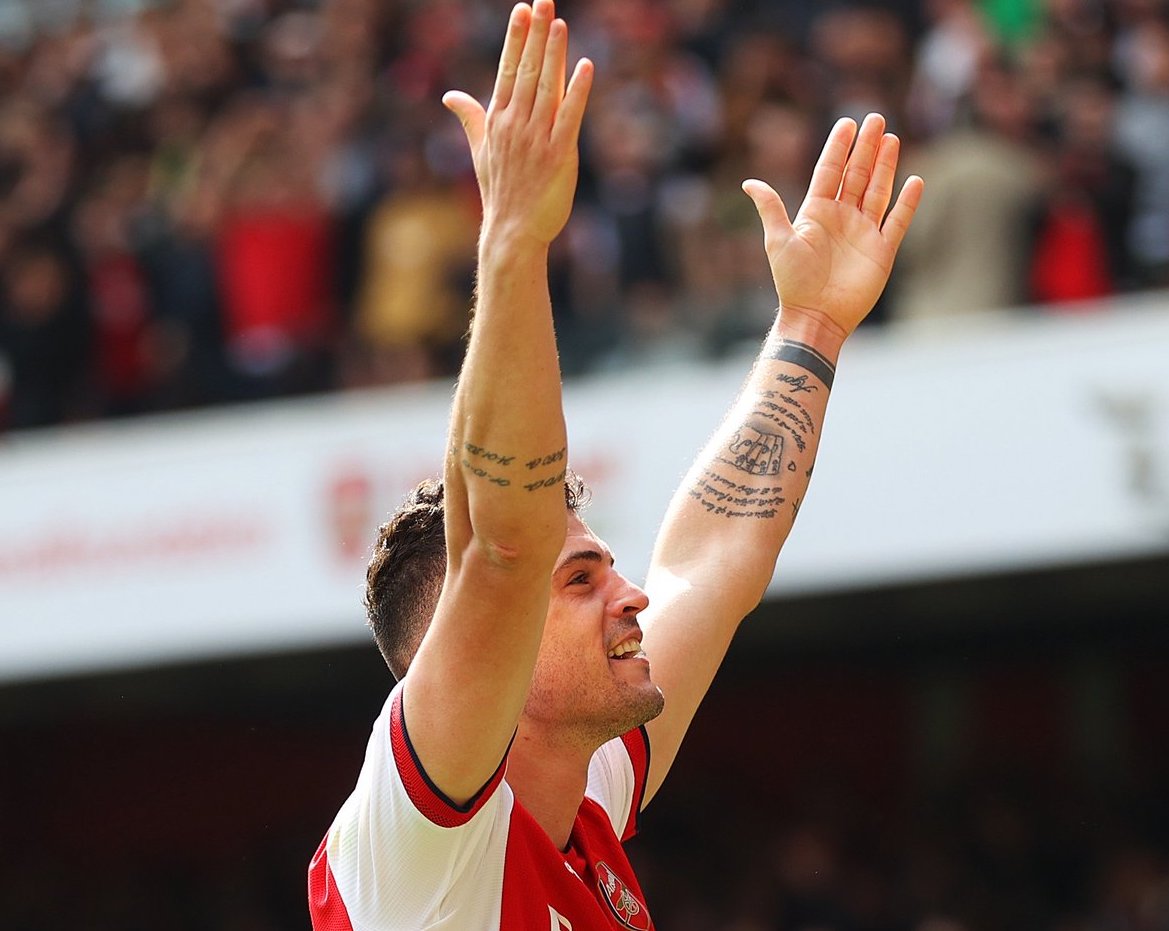