Saturday the 19th of February 2022 the UK will finally find out who is the better boxer, as Amir Khan and Kell Brook finally go toe to toe in the ring.

A rivalry that started when both fighters used to be sparring partners back in 2004, fighting for a place to represent the UK in the Olympics. As Khan in later interviews joked about how he used to box Brook all around the ring and were often told to only use one hand to give Brook a chance of beating him.

Brook responded claiming that ‘Khan is delusional’ and then added:

“His whiskers are delicate and when this brownie hits his chin, it’s going to shatter and he’s going to do the dance he likes to do. He’s brittle. He’s Bambi on lice… all rolled into one.”

Brook has had 42 professional bouts, winning 39, 27 by knockout, suffering 3 defeats one of them came back in 2017 losing him the IBF Welterweight title. But this is the fight Brook has wanted ever since talks began back in 2017, but no agreement could be agreed as Khan demanded a 70 – 30 per cent split, which brooks representatives couldn’t agree as they wanted a 50/50 split for the fight.

Khan took to social media stating that he offered to do the fight, but Kell refused. Claiming that he was scared, leaving out the finer details of why the fight didn’t happen. And that was that for the foreseeable future, then in 2018 they thought they had the fight, as both parties agreed on a sensational deal but at the last minute, Khan threw a spanner into the works by opting to take another fight instead.

But finally reaching an agreement in 2021, the long-anticipated fight between two great UK welterweights will finally get underway this Saturday as Brook promised fireworks when he steps into the ring with Khan which could be the last fight for either boxer as both Khan and Kell turned 36 years of age.

Khan who’s had 39 bouts, winning 34, 21 by knockout and losing 5. Vowed that he doesn’t just want to go into this fight to box, he wants to go in and hurt him.

Khan went on to explain how he used to School Brook in the ring, back when they were sparring partners jokingly poking fun at Brook saying:

“He would be padded up like a pillow to avoid getting hurt.”

“I’ve never respected Brook as a fighter, and I think he’s only doing this fight for one last payday. I’m doing it for the public, it’s what they want to see.”

Brook has admitted the feud started between the two came from Khan never respecting him as a skilled fighter or an equal fighter, and is hell-bent on proving to the world that he is the better fighter by saying to the media:

“There’s no love lost; we don’t like each other. This isn’t just hype; this is as real as it comes. I don’t like him, and he doesn’t like me. And I want to punch him hard. He’s never given me any respect or acknowledged me as a great fighter.”

Brook went on to say how over the years he’s acknowledged Khan saying that he has had a terrific boxing career.

Even though there is no title up for grabs, this fight could determine who hangs up their gloves out of sheer embarrassment, Sky Sports confirmed that there is a rematch clause in the contract but both fighters acknowledge that whoever losers won’t want to risk repeating the same outcome.

But for the winner, there could be another fight on the horizon as both as Conor Brenn expressed his desire to fight the winner.

In this war of the roses between Brook of Sheffield and Khan of Bolton, who do you think will take the plaudits? 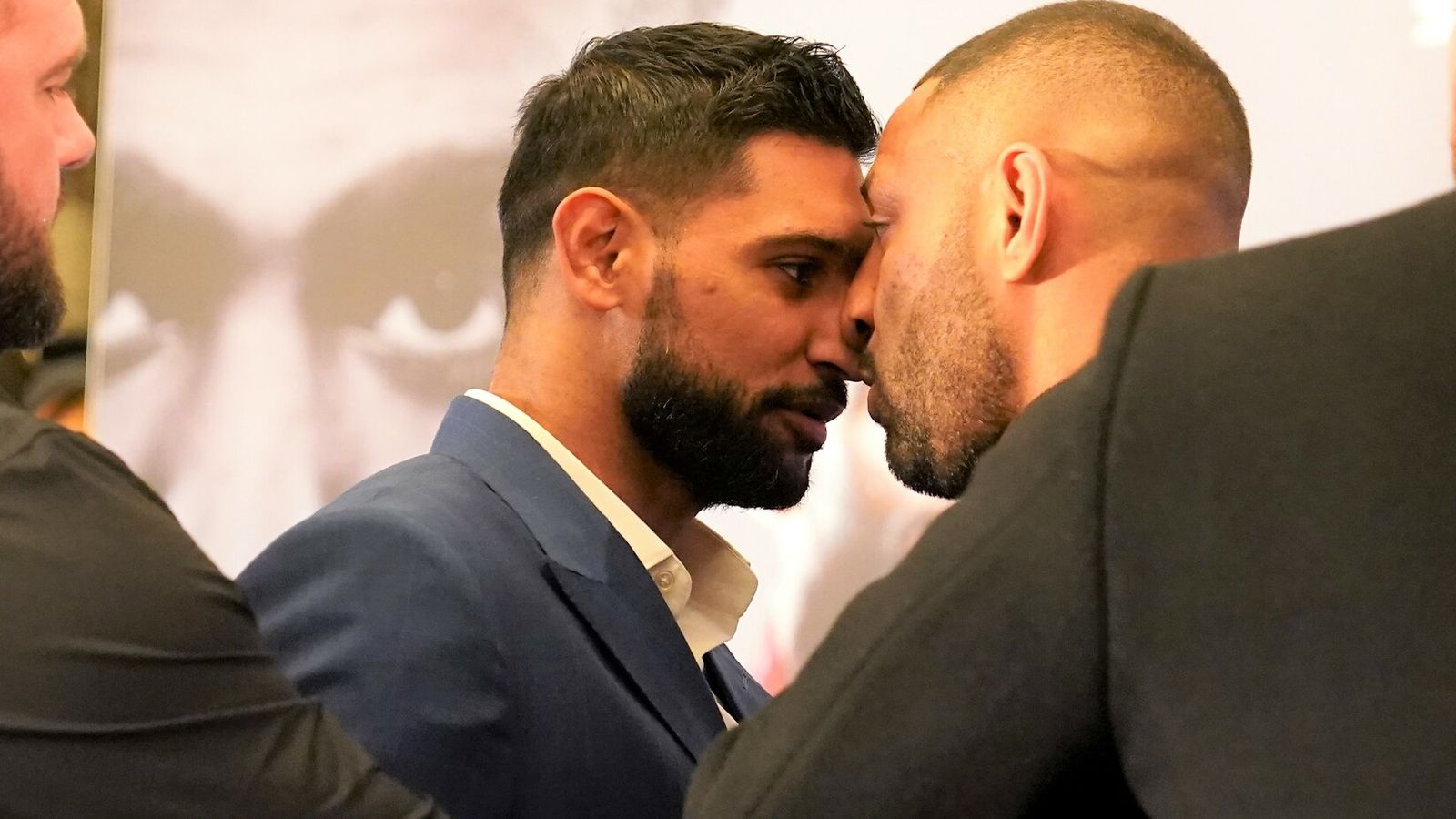