Defending champions Chile will face Argentina in the finals of the 45th edition of Copa America Sunday at the MetLife Stadium.

This is a repeat of last edition’s final where Chile edged past Argentina in penalties to win their first ever Copa title.

Argentina started the tournament without their captain and play maker, Leonel Messi. That did not detract them from beating Chile 2-1 in their inaugural match. Angel Di Maria and Ever Banega made sure that their team left the field with 3 points and get off to a solid start.

Messi came off as a substitute in their next match against Panama and scored a hattrick in just 19 minutes to show why he is the best player in the world. Goals from Otamendi and Aguero sealed the game for Argentina as they won 5-0.

Argentina breezed past Bolivia winning 3-0 with Lamela, Lavezzi and Cuesta adding their names to the score sheet in their last group match. They scored 10 goals in the group stages and conceded only one and were the only team to qualify for the knockout stages with a perfect nine points.

They faced Venezuela in the quarter finals and a brace from Higuain along with goals from Messi and Lamela made it a comfortable 4-1 victory for Argentina. The victory setup a semifinal showdown against USA at the NRG Stadium. Argentina knocked out the hosts of the tournament with Higuain scoring a brace once again and Lavezzi and Messi scoring a goal each to reach the Copa finals for the second straight year.

The team has been nothing short of excellent so far. They only conceded twice in the tournament and the defense under the leadership of Mascherano has been excellent. Romero also made a couple of decisive saves in the tournament.

Argentina scored 18 goals in five matches. Messi is the top scorer for the team with 5 goals followed by Higuain (4). Messi has also provided the most assists (4) in the tournament and won the highest number of man of the match awards (3). If they perform this way in the final, Argentina will surely end their long trophy drought and win their 15th Copa title.

Chile on the other hand, started the tournament by losing 2-1 to Argentina. They narrowly beat Bolivia 2-1 after Vidal scored from a penalty late into the injury time of the match. In their do-or-die match against Panama, Vargas and Sanchez both scored twice to lead their nation to the quarter finals as they won 4-2.

Chile regained form in the quarter finals as they decimated Mexico 7-0, the biggest win margin so far in the tournament. 4 goals from Vargas, a brace from Puch and one more from Sanchez sent strong message to their rivals that they were a strong contender to retain their title. They beat Colombia 2-0 in the semifinal with Aranguiz and Fuenzalida adding their names to the score sheet.

Vargas is the top scorer of the tournament with 6 goals in 5 games. Chile started off really slow but gradually have become a force to be reckoned with in the tournament. The late winner during the group match against Bolivia, the high scoring contest against Panama and their 7-0 annihilation of Mexico proves how they have improved by leaps and bounds over time. They are yet to concede a goal in the knockout stage of the tournament.

Although the teams faced each other in the group stage with Argentina winning that contest, the final is totally a different ball game. Chile coach Juan Pizzi has stated that his squad has corrected the mistakes they committed in that game. They also have the mental edge over Argentina as the result of the previous final match is still fresh in the minds of the Argentine players and fans.

Besides, Argentina have a very poor record in the finals. They have lost both the finals they appeared in the last two years. Leonel Messi has lost three finals with Argentina in his career till now (2007 & 2015 Copa America and 2014 World Cup). This seems the best opportunity to win his maiden championship with the national team and prove his doubters wrong.

This is also a shot at retribution for Messi. Last year he did everything to steer the team towards glory before falling short to Chile in the tie-breaker. A dejected Messi did not want to receive his Player of the tournament award after the loss.

A distraught Messi walks by the Copa America title after losing to Chile in the final
ALSO READ:  Why Do Chelsea Re-Sign Players?

Head-to-head results clearly indicate Argentina as the favorites as they won 57 times whereas Chile won only seven times out of their 87 meetings. But statistics will be of no use once the referee blows the whistle for the final to start on Sunday.

It will be up to Messi and co. to bring glory back to their nation. La Albicelester have not won a major trophy for the last two decades. Their golden generation have hit peak form and it will be their job to ensure the 15th Copa title for their nation.

Defending champions Chile do not have this pressure at the back of their minds. A return to their strategy of last year’s final; to sit back and defend before scoring on the counter attack or taking the game to the penalties can do the trick for them.

The whole world will be watching tomorrow to see if Messi can lift up the Copa title for Argentina. The championship means the most to him and fans will be eagerly waiting to celebrate the end of a two-decade long trophy drought. 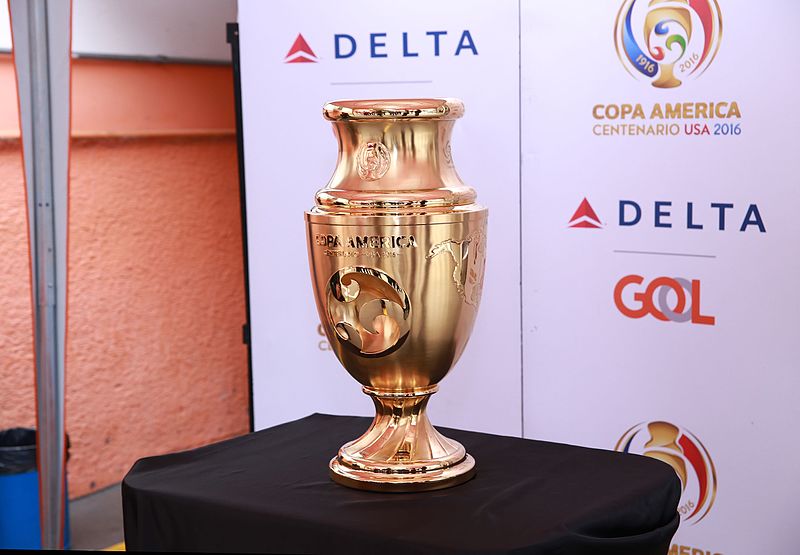