Croatia could be suffering the same fate as Russia as fans stupidly chuck flares onto the pitch.

Croatia led by 2 goals to 1 against the Czech Republic and they were cruising, but some fans decided it would be a good idea to throw flares on the pitch and cause an extremely lengthy delay. The flares had to be thrown off the pitch with one even exploding in a steward’s face.

“There are not Croatian Fans, these are Sports Terrorists.”- Ante Cacic (Croatia’s manager)

“Ultras” from Croatia’s 2 biggest clubs, Dynamo Zagreb and Hadjuk Split are said to be behind the incident which could send Croatia home even before the final group game.

“We appeal to the Croatian government, and Uefa as well, to join us in the fight against the hooligans, to finally eradicate this evil that wants to cast a shadow over everything the Vatreni present on the field of play.

“Let us start punishing those guilty of a crime, not the victims.”- What the CFF had to say about the whole situation when they released a statement.

The HNS (Croatia’s Football association) have said that they have received an anonymous tip off that there will be violence in the 85th minute of the game.

It is looking very likely that Uefa will send the Croatians home early. 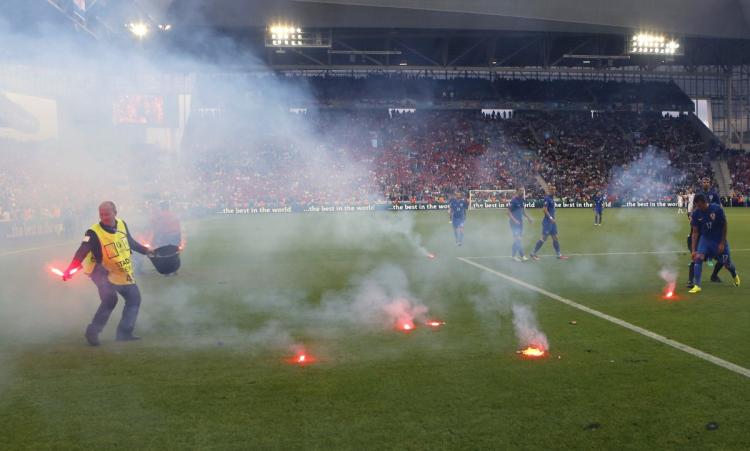