Just like in 2019, it all came down to the final restart at the Bluegrass State, with an unbelievable finish making up for an uneventful and lackluster race. With only two laps to go, Kevin Harvick and Martin Truex Jr shared the front row in front of Penske teammates Ryan Blaney and Brad Keselowski, while rookie Cole Custer lined up only in sixth.

Truex, Harvick, Blaney and Custer took the white flag side by side, but the rookie managed to get by all three of them using the outside line. Custer then had to hold off two-time Kentucky winner Truex throughout the last lap, while Blaney and Harvick dropped out of contention after the Penske driver’s car got out of shape after hitting a bump on the apron, making contact with Harvick.

Cole Custer’s win comes as a huge shock, since the 2019 Xfinity Series runner-up has had a very difficult start to the season. After all, the Stewart-Haas driver is only 20th in the points standings and had only finished in the top ten twice this season (at Phoenix and Indianapolis) before yesterday’s incredible victory.

Besides, no rookie had ever finished inside the top five at Kentucky Speedway. Custer’s win has not only secured him an unlikely playoff spot, but has also made him eligible for Wednesday night’s All Star Race at Bristol.

Despite leading for most of the final segment, Truex had to settle for second. The 2017 champion dropped to the rear before the start of the race due to two inspection failures, but made his way to the front only to lose first place to Blaney and Harvick in the closing stages.

The Joe Gibbs Racing driver was second at the last restart and seemed to have the fastest car, but was unable to stop Custer from getting to the lead on the final lap. After another solid race at the wheel of the Wood Brothers #21, Matt DiBenedetto finished in third place, ahead of Harvick and last year’s winner Kurt Busch.

Blaney, who led 18 laps and was in contention to win late on, ended up sixth. Christopher Bell and Tyler Reddick, Custer’s two main rivals in the Xfinity Series last year, also finished inside the top ten, with Bell seventh and Reddick tenth. Even though he won stage one, led 128 laps and had a dominant car early in the race, Aric Almirola only came home eighth, in front of stage two winner Brad Keselowski.

Polesitter and two-time Kentucky winner Kyle Busch had another difficult day, finishing 21st after an issue with a rear shock before the end of the second stage. The Cup Series champion still hasn’t won this season and is yet to score any playoff points. He has dropped to 11th place in the points standings.

If Busch’s struggles have been one of the storylines of the season, Jimmie Johnson’s return was definitely the main story of the weekend. The seven-time Cup Series champion was forced to miss the Brickyard 400 at Indianapolis due to a positive test for Covid-19. However, Johnson was cleared to race at Kentucky last week following two negative tests in 24 hours. The Hendrick driver was inside the top five in the closing stages but was turned by Brad Keselowski in one of the race’s late restarts. 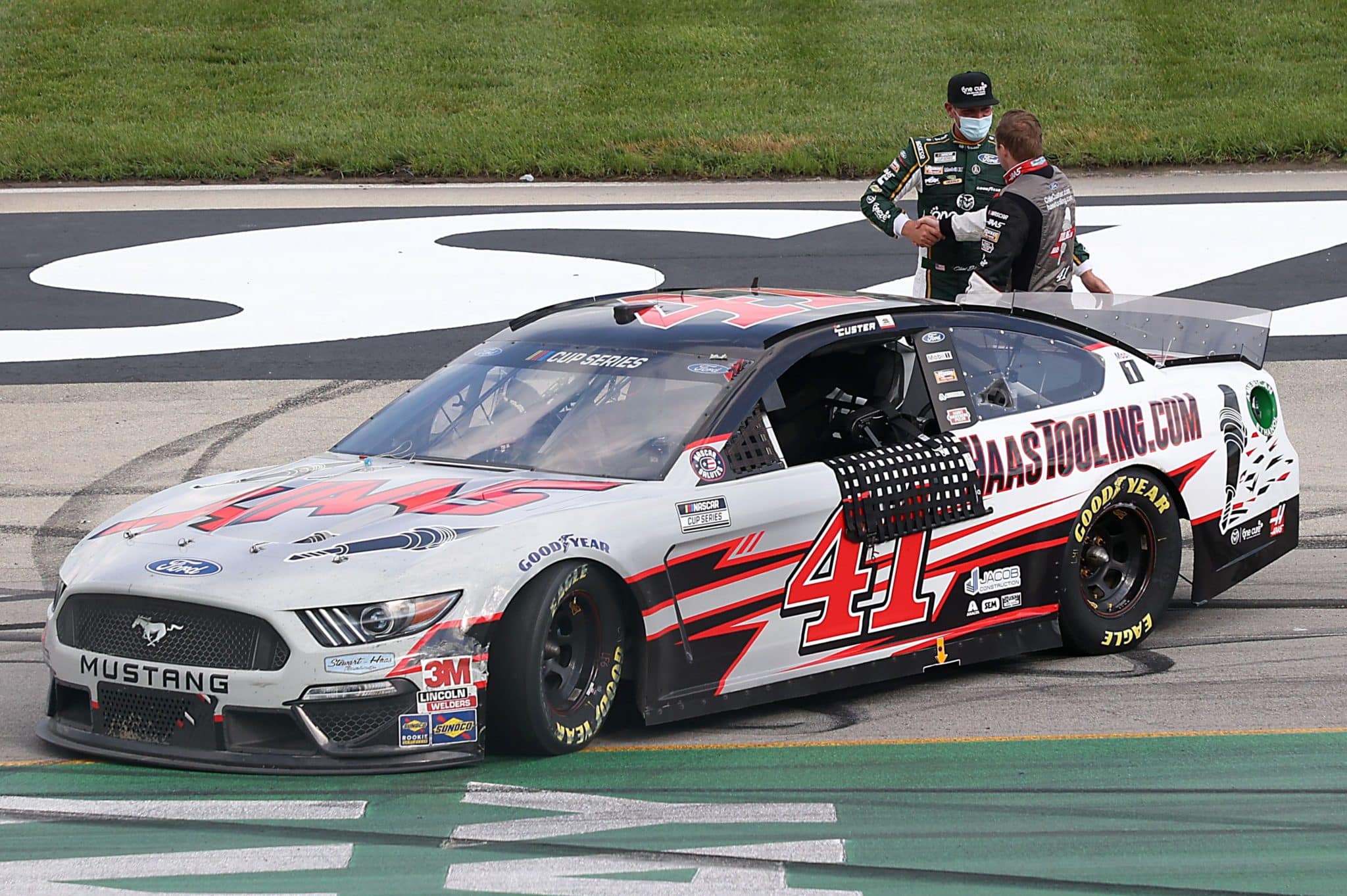