Ireland vs The Netherlands

The Netherlands won the toss and elected to bat first.

Ben Cooper would be run out by Simi Singh for a golden duck before Bas de Leede would be bowled by Little for 7. Colin Ackermann would be caught behind by Rock off the bowling of Curtis Campher (pictured below) for 11 before Ryan ten Doeschate would be LBW for a golden duck the following ball.

Scott Edwards would fall the same way to complete his hat-trick before Roelof van der Merwe became the fourth victim of the over as he was bowled by Campher. Opener Max O’Dowd would be caught by Tector off the bowling of Mark Adair for 51 off 47 balls before Pieter Seelaar would be caught by Andrew Balbirnie off the same bowler for 21. Logan van Beek would be run out by Little for 11 with Brandon Glover the final wicket to fall, caught by Campher off the bowling of Adair – the last 3 wickets falling off the final 3 balls of the innings.

Sri Lanka would win the toss and elect to field first.

David Wiese would be LBW to Chamika Karunaratne for 6 before Jan Frylinck would be bowled by Theekshana for 2. Jan Loftie-Eaton would be LBW to de Silva for 3 before Rubel Trumpelmann would be caught by Dasun Shanaka off the bowling of Dushmantha Chameera for 1. Pikky Ya France would be bowled by Kumara for the same score before Bernard Scholtz would be the final man out, run out by Pathum Nissanka, without scoring – JJ Smit finishing 12 not out.

Kusal Perera would be caught by Smit off the bowling of Trumpelmann for 11 before Nissanka would be LBW to Scholtz for 5. Dinesh Chandimal would be the final wicket to fall, caught behind by Green off the bowling of Smit, for 5 with Avishka Fernando (30) and Bhanuka Rajapaksa (pictured below, 42 off 27 balls) putting on an unbeaten 74 for the fourth wicket partnership to see Sri Lanka home with 39 balls to spare.

Namibia will play the Netherlands while Ireland play Sri Lanka, both tomorrow at 11:00 and 15:00 BST respectively for their second games – the review of the first games is here. 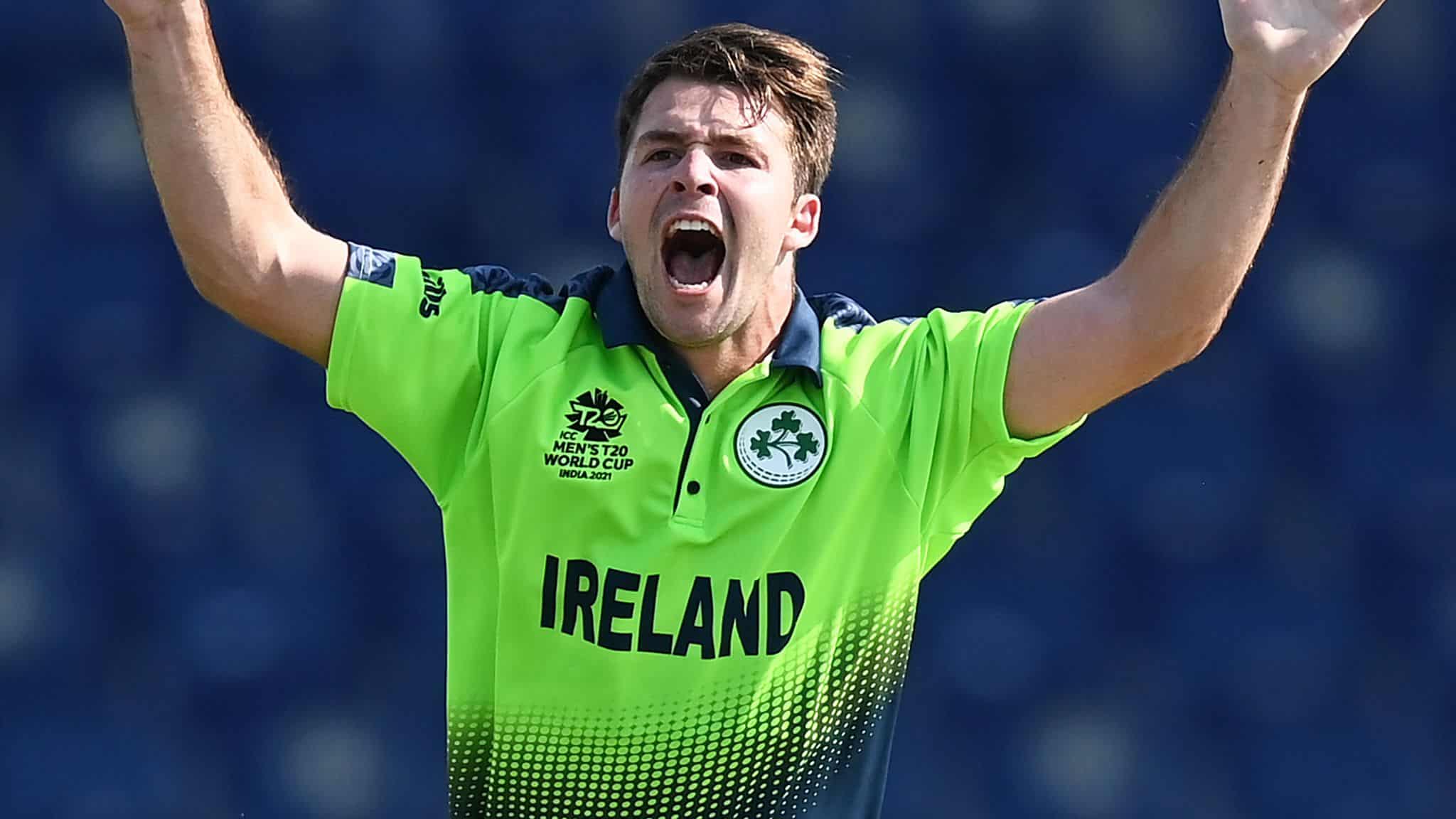