Cricket is the second-most-watched sport in the world. Day by day, the number of followers is ticking to a great extent. Thanks to the international and national cricket governing bodies for putting an effort to make a difference to the game.

The gentleman’s game has seen countless sportsmanship moments. These beautiful things are good for the sport. Apart from these, we have also witnessed healthy rivalry between and among the teams in the sport.

They are indeed a gift to the sport. Among the cricketers, Chris Gayle is a living legend. He has indeed changed the phase of T20 cricket. Above all, he is the greatest entertainer in the world.

Chris Gayle – The most entertaining cricketer ever

If entertaining fans is an art, then Chris Gayle is a Picasso of it. Gayle knows how to put a smile on fans’ faces. Popularly known as “Universe Boss”, the West Indies international has been a sheer entertainer both on and off the cricket field. Fans from all across the world truly admire him to the core because he is so special.

Chris Gayle and his hilarious antics are the best combos. The cricket fraternity has witnessed Gayle in different avatars. He is best known as a dangerous batsman on the field. The southpaw has effortlessly smashed sixes out of the park with such ease.

Besides that, he is also a good dancer where he has pulled off some cool moves on the field, especially after taking a wicket. His celebrations are so unique and epic at the same time. This is why Gayle is an ultimate gift to the sport.

He is one of the very few cricketers in the world with the least haters. The self-proclaimed ‘Universe Boss’ often makes his fans laugh with his hilarious acts. He never ceases to amaze his fans with his exceptional batting and also never fails to catch the attention of the fans, on or off the cricket ground.

There were countless occasions when the Universe Boss has turned “Universe showman” to entertain the fans. In some of the video clips that went viral on the internet, he is seen trolling batsmen in a hilarious manner.

The Universe Boss can also be seen doing exercises in the form of push-ups or dancing after claiming a wicket. He had earlier imitated popular footballer Cristiano Ronaldo after scoring a goal while practising on the field.

It is cognizance of the fact that Ronaldo’s trademark celebration after scoring a goal is quite popular among football fans and Chris Gayle emulated that celebration. South African cricketer Dale Steyn has also once told that Gayle is the most ‘coolest cricketer ever’.

The 41-year-old experienced campaigner recently hogged the limelight when he absolutely pulled off a hilarious cartwheel celebration after taking the wicket of Reeza Hendricks in the fourth T20I against South Africa. The video clip spread like wildfire on social media platforms. The ‘Universe Boss’ later disclosed that his teammates had asked him to emulate Kevin Sinclair’s celebration.

Chris Gayle also impressed his fans with his exquisite batting skills in the 13th edition of the cash-rich Indian Premier League. He played 7 games wherein he scored 288 runs. In one of the games last season, he was just one run short of scoring a hundred. Gayle scored 178 runs in 8 games in IPL 2021.

The veteran cricketer is also the first-ever batsman to smash 1000 sixes in T20 cricket. He is widely acknowledged as one of the greatest batsmen ever in the history of T20 cricket.

In 2013, while playing for Royal Challengers Bangalore, Gayle unleashed his storm with an unbeaten 175 off 66 balls against Pune Warriors India. Except for a few seasons of the IPL, he performed well in almost all editions of the tournament.

We are indeed blessed to have witnessed Chris Gayle’s heroics, antics and other hilarious moments on the field. The cricket fraternity will miss a player like Gayle after his retirement. There is only one Gayle! 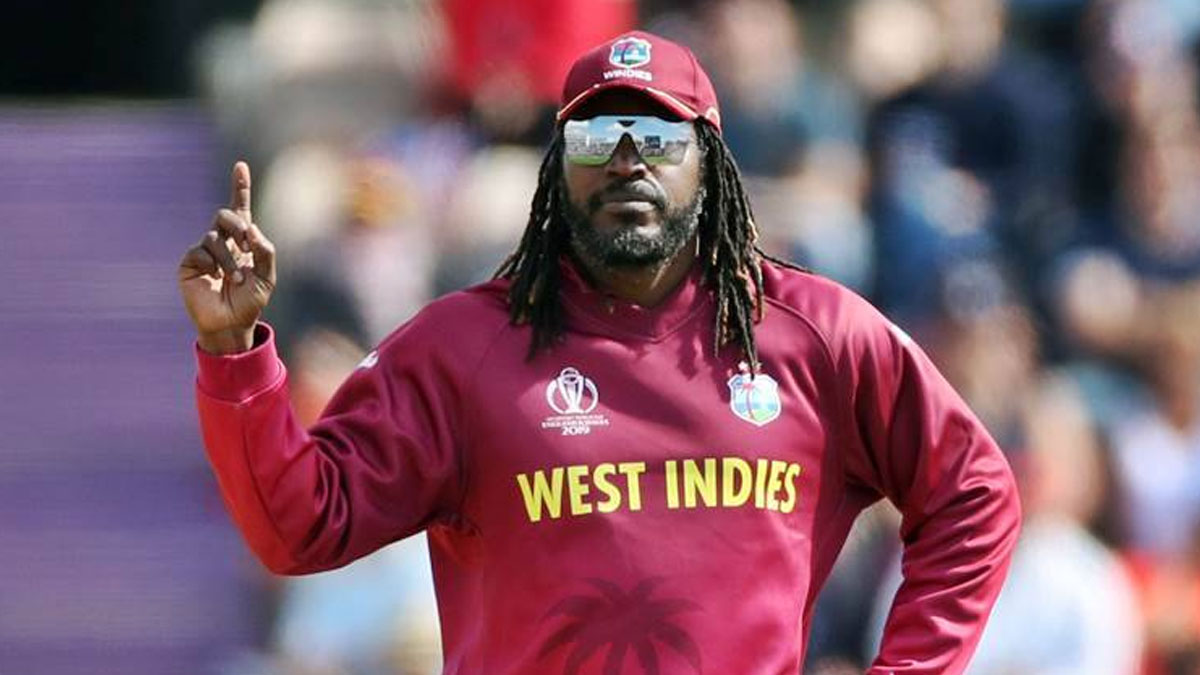