An unbeaten century from opener Alex Lees saw Durham victorious in the final over of a rain-affected program of Royal London Cup action on Sunday. Middlesex’s home game against Gloucestershire was cancelled due to Covid-19 in the visitors’ camp (no news on whether it affects their game at Kent on Thursday at this stage).

Sunday’s Hundred games between Oval Invincibles and Trent Rockets will be reviewed in tomorrow’s column alongside today’s action between the Birmingham Phoenix and Welsh Fire.

Durham vs Essex (Group A)

Durham would win the toss and elect to field first in a game that was reduced to 45 overs per side.

Ryan ten Doeschate would be caught by Scott Borthwick off the bowling of Paul van Meekeren for 21 before Khushi would be the last wicket to fall, caught by sub fielder Crawshaw off the bowling of Campbell, for 109 off 111 balls – Simon Harmer and Aron Nijjar finishing 12 and 0 not out respectively.

Chasing an adjusted target of 232 from their 45 overs, the hosts lost Graham Clark as he was caught by Khushi off the bowling of Nijjar for 24 before Borthwick would be bowled by Harmer for 21. Bancroft would be LBW to the same bowler for 5 before Bedingham would be bowled by Benkenstein for 2.

Durham travel to Worcestershire on Tuesday while Essex host Sussex at the same time.

Kent vs Hampshire (Group A)

Hampshire won the toss and elected to field first in a game that was reduced to 24 overs per side.

Kent host Gloucestershire on Thursday while Hampshire travel to Durham at the same time.

Lancashire vs Worcestershire (Group A)

There was no play due to rain.

Derbyshire vs Yorkshire (Group B)

Yorkshire would win the toss and elect to field first in a game that would be reduced to 10 overs per side.

Mitchell Wagstaff would be bowled by George Hill for 22 before Tom Wood would be the first of 3 wickets to fall in the 6th over, caught by Will Fraine off the bowling of Josh Sullivan for 9. Brooke Guest would be stumped by Harry Duke for a golden duck before Alex Hughes would be caught by Matthew Revis for another golden duck.

Opener Harry Came would be caught by Gary Ballance off Sullivan’s bowling for 28 off 18 balls before Mattie McKiernan would be caught by Fraine off the bowling of Matthew Waite for 6 – Fynn Hudson-Prentice (38 off 17 balls) and Anuj Dal (0) were the not out batsmen.

Derbyshire host Surrey on Thursday while Yorkshire travel to Glamorgan at the same time.

Glamorgan vs Nottinghamshire (Group B)

Glamorgan won the toss and elected to field first in a game that was reduced to 23 overs per side.

Hamish Rutherford would be caught & bowled by Paterson for 8 before Reingold would be the other wicket to fall, LBW to Patterson-White, for 13 with Nick Selman and Carlson finishing 37 and 4 not out respectively.

Glamorgan travel to Leicestershire tomorrow while Surrey host Somerset at the same time.

Northamptonshire vs Somerset (Group B)

Somerset would win the toss and elect to field first in a game that was reduced to 46 overs per side.

Curran would be bowled by Josh Davey for 94 before Tom Taylor would be the final wicket to fall, caught by Goldsworthy off the bowling of Davey, for 17 – Luke Procter and James Sales finishing with 18 and 1 respectively.

George Bartlett would be LBW later in the same over without scoring with Goldsworthy and Davey would put on 110 runs for the sixth-wicket before the former would hit his wicket off Ben Sanderson’s bowling for 80 off 61 balls. Davey would be caught & bowled by Kerrigan for a run-a-ball 53 before de Lange would be bowled by Procter for 2. Kerrigan would take the final 2 wickets (both bowled), firstly Kasey Alridge for 6 then Baker later in the same over without scoring.

Northamptonshire travel to Nottinghamshire tomorrow while Somerset travel to Leicestershire at the same time. 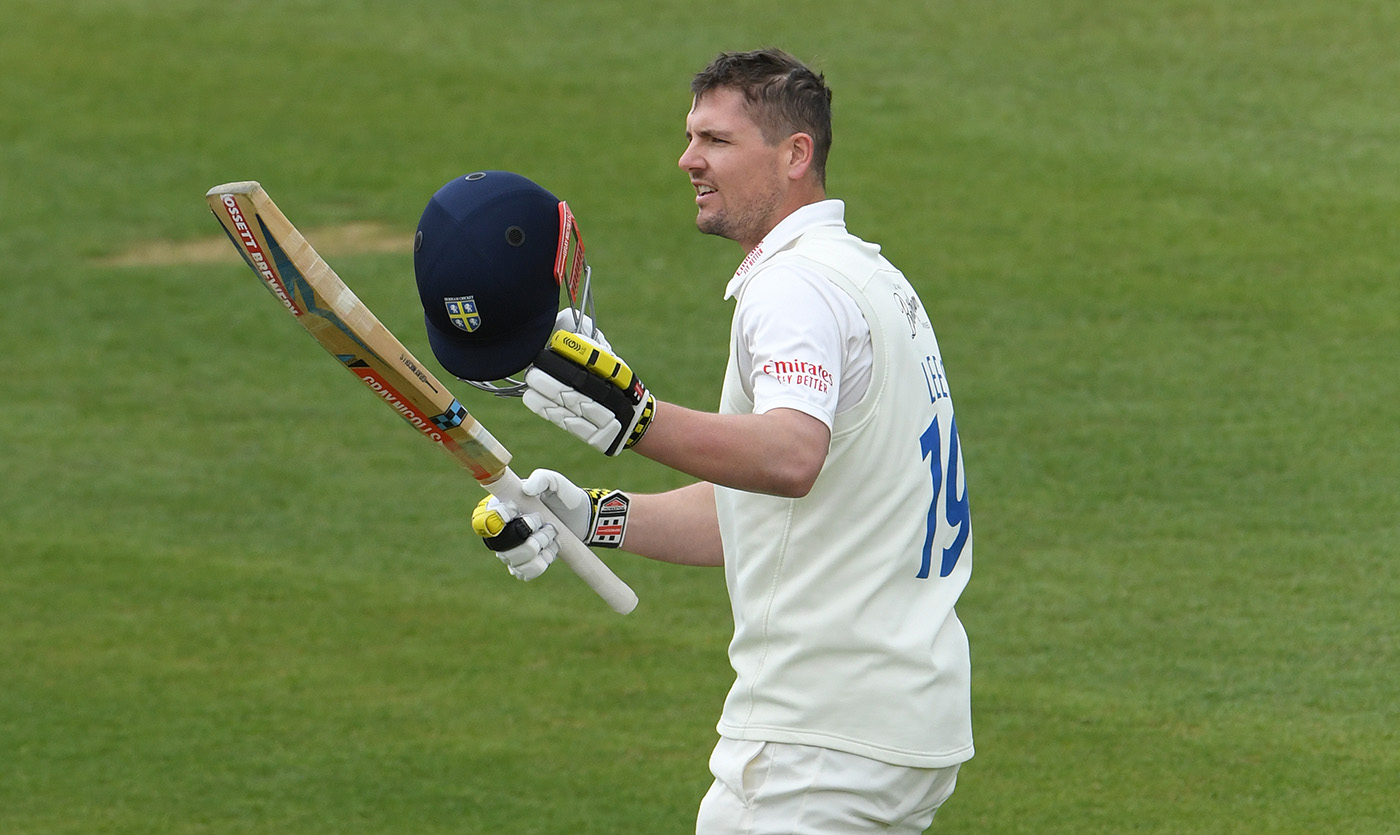