Bangladesh would win the toss and elect to field first.

Evin Lewis would be caught by Mushfiqur Rahim off the bowling of Mustafizur Rahman for 6 before Chris Gayle would be bowled by Mahedi Hasan for 4. Shimron Hetmyer would be caught by Soumya Sarkar off the same bowler for 9 before Andre Russell would be run out by Taskin Ahmed without facing a ball.

Nicholas Pooran (pictured below) would be caught by Mohammad Naim off the bowling of Shoriful Islam for 40 off 22 balls before Roston Chase would be bowled by the same bowler for 39. Dwayne Bravo would be the final wicket to fall, caught by Sarker off the bowling of Rahman, for 1 with Kieron Pollard (who had gone off ill during his innings before returning) and Jason Holder finishing on 14 and 15 not out respectively.

Liton Das (pictured below) would be the final man out, caught by Holder off the bowling of Bravo, for 44 with Mahmudullah (31 off 24 balls) and Afif Hossain (2) the not out batsmen as Bangladesh fell just short of their target.

Afghanistan won the toss and elected to bat first.

Karim Janat would be caught by Fakhar Zaman off the bowling of Imad for 15 before Najibullah Zadran would be the final man out, caught behind by Mohammad Rizwan off the bowling of Shabab Khan for 22 – there was an unbeaten seventh-wicket stand of 71 between Mohammad Nabi and Gulbadin Naib (pictured below) who both finished 35 not out.

Shoaib Malik would be the final man dismissed, caught behind by Shahzad off the bowling of Naveen for 19 with Asif Ali (25 off 7 balls) and Khan (0) seeing Pakistan home with an over to spare. 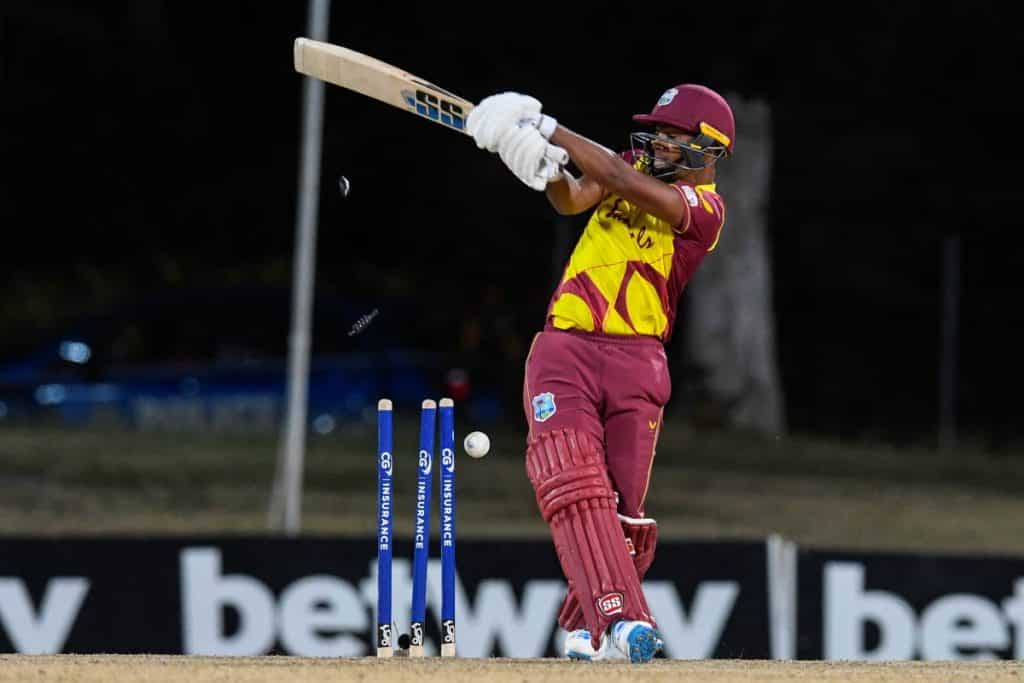