Following Part One’s article, we continue to take a look at each Championship club’s record signing and see where they are now.

If you missed part one then click here and it will take you to the first 12 teams in the division.

With just one week left of the transfer window, it will be interesting to see if anyone will break their record spend.

Sluga arrived from Croatian side Rijeka in 2019 for a fee of £1.53 million and remains Luton’s most expensive transfer. Normally the first-choice keeper for Nathan Jones’ side, he has recently lost his place behind James Shea. Now in his third season at the club, Sluga has made 81 appearances for the Hatters and was part of Croatia’s 2020 Euro squad.

From the Watford academy, Assombalonga is another player who is well accustomed to scoring in the Championship. In 2017, Middlesbrough spent £15.39 million to secure a deal from Nottingham Forest and he still remains their record signing. Assombalonga played 152 times for Boro scoring 45 goals, but injuries and a run of poor games saw his departure from the club. He signed for Turkish side Adana Demirspor in 2021 and has played 15 games for them.

Surprisingly, Millwall’s record signing comes in at 990k. Bradshaw, who arrived in 2018 from Barnsley, is two games away from making 100 league appearances for the Lions. He may have only scored 19 goals for the club, but his hard work off-the-ball does not go unnoticed. Bradshaw has scored seven goals this season with five of them coming in the last six games.

ALSO READ:  The Championship transfer window: What has happened so far?

Having cost Forest £13.5 million in 2018, Carvalho has failed to live up to his price tag following his arrival from Benfica. Despite having an excellent first season at Forest which involved 12 goal contributions, poor form and changes in managers has meant we have not seen the best of Carvalho. He was loaned out to Spanish second division side UD Almería last season and is now often an unused substitute at the Reds.

Following the club’s recent return to the Championship, Peterborough broke their transfer record bringing in Norburn from Shrewsbury Town. The central midfielder cost £3.69 million and has been a useful acquisition for the Posh and has played 23 times this season. Norburn has worked his way up the football league with spells at Guiseley, Macclesfield Town and Tranmere Rovers.

From the Liverpool academy, Mellor broke into their first team in 2002 and made a handful of appearances. Following a few loan spells away from the club, Preston agreed to a £2.07 million fee in 2006 to bring Mellor in. The forward played 130 times for The Lilywhites scoring 38 goals. Following retirement in 2011, he now works with Liverpool, presenting on LFC TV.

QPR brought in the defender from Russian side Anzhi Makhachkala in 2013 in a bid to keep them in the top division. Despite the colossal £12.5 million spend, Samba did not prove good value and only featured 10 times for QPR before the club was relegated and he left. He returned to Makhachkala six months later and has since retired in 2018 following spells at Dynamo Moscow, Panathinaikos and Aston Villa.

Following play-off heartbreak the season before, Reading broke their transfer record in 2017 on Fulham forward Aluko. Costing £6.75 million Aluko failed to live up to the form he showed at Fulham, Hull and Rangers and became a bit of a disappointment. Appearing 93 times for the Royals he only managed six goals and was loaned out to Beijing Chengfeng. He now finds himself at League One club Ipswich Town and has featured 16 times this season.

Arriving for a record club fee of £23.4 million, Brewster’s time at Sheffield United has been more than disappointing. From the Liverpool academy, the forward struggled to break into the first team and got loaned out to Swansea. Brewster impressed there with 10 goals in 20 games and it earned him a move to Premier League side Sheffield United in 2020 where he played 27 games but did not find the net. Since his side’s relegation, Brewster has played 13 games in the Championship scoring three goals.

ALSO READ:  The Top 10 Most Expensive Championship Players Of All-Time

Imbula arrived at Stoke in 2016 for a staggering £21.83 million (more than the bet365 Stadium cost when it was built in the 1990s). Signed from Porto, the midfielder had a frustrating career with the club, appearing 26 times in four years. Following Stoke’s relegation to the Championship, Imbula did not play a single game for them and was loaned out at Toulouse, Rayo Vallecano and Lecce. He departed the club in 2020 and has since played in Russia and Portugal.

Ayew, who had a spell at the club in 2015, joined the club permanently in 2018 for a reported fee of £20.52 million. Signed from West Ham, the forward played 133 times for the club and scored 43 goals. Last season was undoubtedly his best; he and Jamal Lowe’s goals helped guide the Welsh side into the play-off final. He departed the club in the summer and is now playing in Qatar for Al Sadd.

Rondón arrived at West Brom in 2015 from Zenit Saint Petersburg costing a record fee of £15.3 million. The forward was a bit hit and miss at the Baggies scoring 24 goals in 108 games. He left the club in 2019 for Newcastle in a swap loan deal with Dwight Gayle. He has since played in China and Russia before signing for Everton this season. 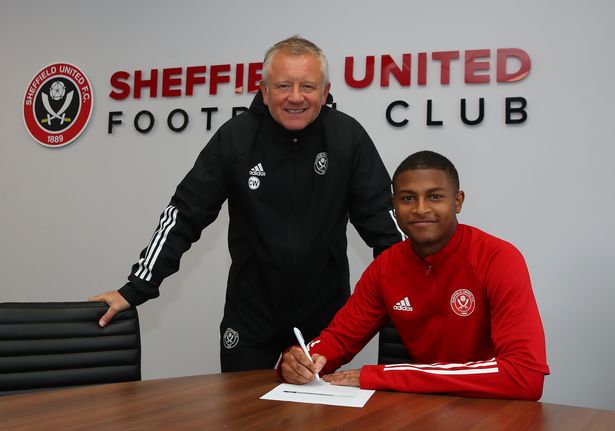