England have been ordered to play behind closed doors at Wembley for at least one game, after the Football Association was punished for a “lack of order and discipline” in and around the national stadium during the Euro 2020 final.

Alongside a two-match crowd ban, with the second suspended for a probationary period of two years, UEFA ordered the Football Association to pay a fine of £84,500. The ban will come into effect on England’s next competitive UEFA fixture, which is set to be the opening home game of their 2022-23 Nations League campaign.

There were serious disturbances when England played Italy on Sunday, July 11 as ticketless fans fought with stewards and police officers and forced their way into the stadium.

UEFA’s disciplinary investigators have been looking at the behaviour of England fans amid what appeared to be an ineffective security operation around Wembley for England’s first appearance in a major final since 1966.

Hundreds, possibly thousands, stormed the ground without a ticket. There were then scenes of disarray inside the ground while, outside, further crowds caused trouble along Wembley Way before the match and into the night with reports of assault, abuse and drug use widespread.

In explaining the reasons for its decisions, UEFA said the ban had been for a broad lack of order but drew attention to further specific offences in handing down the fine. The money should be paid, it said, for “invasion of the field of play, for the throwing of objects and for the disturbances during the national anthems”.

“Although we are disappointed with the verdict, we acknowledge the outcome of this UEFA decision,” the FA said in a statement, with the disappointment understood to refer to supporters being absent. “We condemn the terrible behaviour of the individuals who caused the disgraceful scenes in and around Wembley Stadium at the Euro 2020 final, and we deeply regret that some of them were able to enter the stadium.

“We are determined that this can never be repeated, so we have commissioned an independent review, led by Baroness Casey, to report on the circumstances involved. We continue to work with the relevant authorities in support of their efforts to take action against those responsible and hold them to account.”

UEFA’s decision echoes a similar punishment given to Hungary following the racist and homophobic behaviour of their fans during the Euros. For that Hungary received a three-match ban, with one match suspended, and a €100,000 fine. 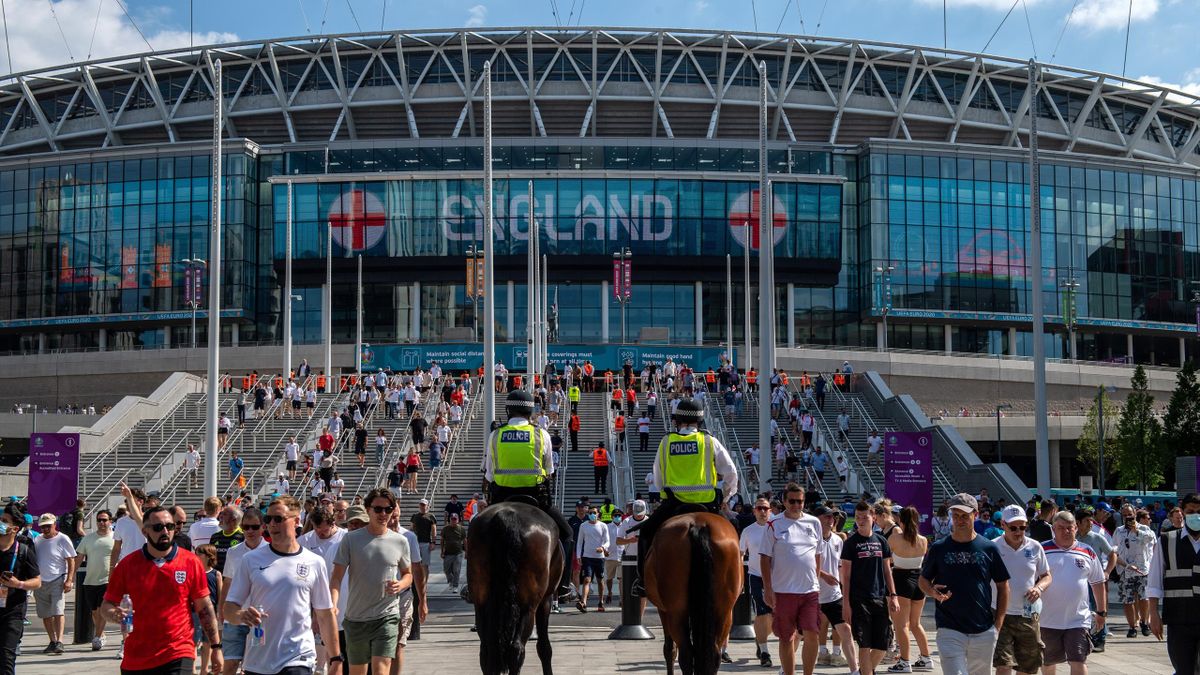