Brazilian forward Richarlison scored the only goal for Everton to sink Chelsea to a fourth defeat in nine games and cut the Toffies’ gap from safety to just two points.

After Burnley’s victory against Watford on Saturday, Everton fans arrived in their numbers as the team buses arrived at the ground, demonstrating their support for the team and showing the players how big this game is in their fight for Premier League survival.

That momentous atmosphere filtered into the game, as the first half was a tense and cagey affair with relatively few chances for both sides, with Mason Mount’s effort from outside just over the bar as the away side dominated the early stages.

Five yellow cards really optimised the opening stages of the game, But Anthony Gordon had a decent chance when he managed to spin away from a couple of Chelsea players and shot just wide of the Chelsea goal.

Just as the second half got underway, Everton got the breakthrough they needed, as captain Cesar Azpilicueta was dispossessed by Richarlison and the ball deflected right onto the Brazilian’s path, and he was able to cooly slot past Mendy to give Everton a crucial 1-0 lead.

It should’ve been 2-0 not long after, Frank Lampard’s high pressing game dispossessing Chelsea once again as Doucoure picks out Mykolenko on the left side of the box, but his effort goes agonisingly wide.

Despite the setback, Chelsea fought back and looked for an equalising goal, With Mason Mount’s strike hitting the post before Pickford was able to divert Azpilicueta’s rebound away from goal.

Thomas Tuchel and his players pilled on more pressure as a corner from the right-hand side was headed onto Antonio Rudiger, but Pickford was there once again to deny Chelsea.

Winger Demarai Gray had a good chance to make it 2-0 when he received the ball just inside the box on his favoured right foot, but he could only divert the ball just over the bar.

Substitute Mateo Kovacic had another great chance to level the game after some good passing play saw the Croatian midfielder with the ball at his feet and took a shot towards Pickford’s near post, and the England shot-stopper was there yet again to deny Tuchel’s men.

That proved to be their final chance, as Everton picked a massive victory which sees them stay in the relegation zone but are now just two points behind fellow survival hopefuls Leeds United and Burnley with a game in hand.

Despite their problems on and off the pitch, Lampard and his players will hope to have turned a corner and show some grit and determination the Everton faithful have been desperate to see.

For Chelsea, after their below-par performance against Manchester United on Thursday, Tuchel will be wondering why his forwards have been wayward in recent games as the club looks to solidify itself in the top four, prepare for the FA Cup final on the 14th of May and still await to find out who their new owners will be.

What the managers said

Everton boss Frank Lampard “Difficult. They are always a team that will put you under pressure late on. We did brilliantly. The team, stadium, and the fans were man of the match today. From the drive in to the support, which we need. Thanks to them.

“The fans are in the middle of this. I am pleased the players could see on the way in what it means to the fans. They know that and understand it. They got behind us, and were nicely aggressive, this place has to be a hard place to come. Results have been good here at Goodison before I came, we have to maintain that.

“We have to fight for points, we are in the relegation zone, and we have to go with that same spirit every game.

“They [the players] have to show they care. I like that. They don’t have to go over the line but have to show they care; the fans want to see that. I prodded them a bit before the game because the situation is clear. We need to perform at that level in all our remaining games. That needs to keep coming in and if it doesn’t, we have to sort it out.

Chelsea manager Thomas Tuchel “We hate to lose, we are responsible for it. It was our responsibility in Old Trafford to not have more – we struggle to have consecutive clean sheets and top performances and that is why we lost today.

“We have to be without mistakes, disciplined in your positions and don’t make mistakes. When you have that much possession, we did not play our best match, but we were in control, and then we gave a goal away and it kills the game for us because it is everything the opponent wants. It is a huge pattern in our season.

“We struggle with concentration and determination levels and you see that in the last four matches.” 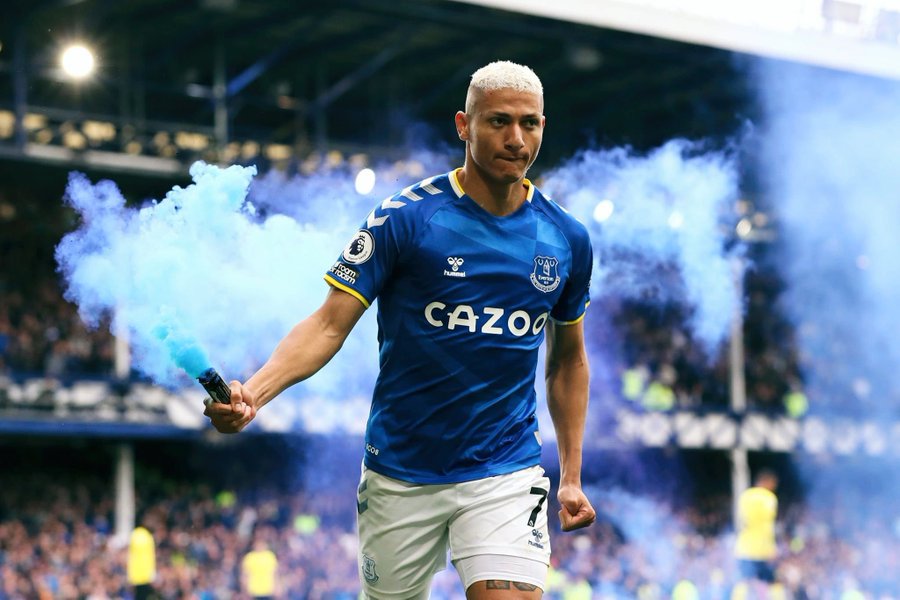