The FA Cup First Round Proper draw commences tonight, as teams from League One and Two join the competition.

They come into the competition with a chance of facing teams much lower than them in the pyramid, with non-league teams having come through qualifying rounds to get to this stage.

Some teams in the hat will still have to win their replay games on Tuesday night to progress, including the likes of Wrexham, Oldham and Yeovil Town.

The draw will be shown live on BBC Two, taking place at around 7.15 pm BST tonight.

In this article, I will take a look at some of those teams who are confirmed in the First Round, with the potential for some huge mismatches in the draw…

Seventh-tier Alvechurch FC is the lowest-ranked side confirmed in the next round and will be in the First Round proper of the FA Cup for the first time in nearly five decades.

A 3-2 win over Worksop Town was enough to seal their place in tonight’s draw.

Their best performance in the competition was back in 1974 when the Worcestershire-based side made it to the third round, where they lost to Bradford City, however, this was before the club folded in 1993.

Last season they went out at the third qualifying stage, so will be extremely pleased to have reached the first round proper this year.

They are ball number 59 in the draw, and with sides such as Derby County and Portsmouth in the draw, will be looking for a big draw.

Welsh side Merthyr Town has reached the first round proper of the FA Cup for the first time since they were reformed.

The Martyrs beat Folkestone Invicta 2-1 at home, to secure their place in the hat for tonight’s draw.

The seventh-tier side will also be hoping for a big draw, and join fellow Welsh side Newport County in the hat, and will potentially join Wrexham if the National League side can overcome Blyth Spartans in their replay on Tuesday night.

The Welsh side is ball number 79 in tonight’s draw.

Coalville Town created the shock of the fourth qualifying round, after knocking out former football league side Notts County away from home, to progress into the First Round Proper.

This feat matches their best FA Cup performance, reaching the first round for the first time since 2004, and just the second time in their history.

The Ravens gave their travelling fans a memory that they’ll never forget and will hope to create more in the First Round.

The seventh-tier side is ball number 61 in tonight’s draw.

South Shields also matched their best-ever performance in the FA Cup, after stunning Scunthorpe United of the National League, to book their spot in tonight’s draw.

The Mariners made it to this stage in 2020 and were knocked out by at the time League Two Cheltenham Town, so will look to go one better this time around.

The seventh-tier side is ball number 53 in the draw tonight. 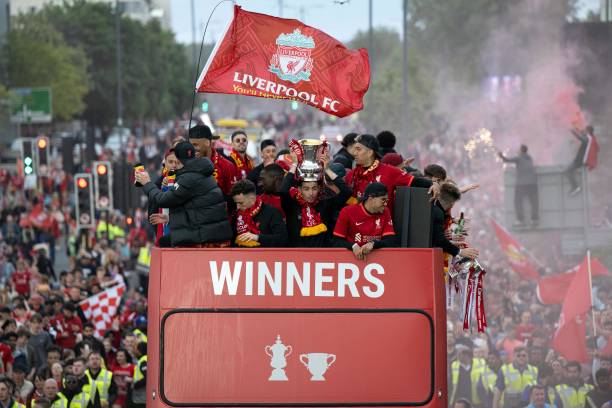