Tuesday’s action saw an easy win for Notts Outlaws thanks to Alex Hales’ powerplay onslaught, rain seeing a game abandoned without a ball and Shami took 4 wickets for India in the World Test Championship final. Monday’s game between Surrey and Essex in the Blast was also reduced due to a delayed start.

Gill would be the first Indian out, LBW to Southee, for 8 before R. Sharma would be dismissed the same way to the same bowler for 30 – Cheteshwar Pujara and Kohli not out with 12 and 8 respectively as the match goes into the sixth and final day.

Monday’s action saw Essex win the toss with the game reduced to 17 overs a side.

Will Buttleman and Wheater would put on 67 for the opening partnership before the latter would be caught by Clarke off the bowling of Dan Moriaty for 30 before Lawrence would be bowled by Clark for 11 with Buttleman (56) and Pepper (15) the not out batsmen.

Notts would win the toss and elect to field first.

Worcestershire travel to Yorkshire tonight while Notts travel to Derbyshire on Friday.

A 60-run opening partnership between Came and Reece would be broken as the former was bowled by Callum Parkinson for 40 before the latter would be ran out by Ackermann for 19. Godleman would be LBW to Steel for 11 before du Plooy would be caught by Kimber off the bowling of Ackermann for 11.

Critchley would be dismissed the same way for 1 before Hudson-Prentice would be caught by Lilley off the bowling of Steel for 6. Alex Thomson would be bowled by Parkinson for 10 before van Beek was dismissed the same way off Gavin Griffiths’ bowling for 3. McKerr would be caught by Inglis off the bowling of Naveen-ul-Haq for 1 before Brooke Guest would be the final wicket to fall for 27, caught Hill off the same bowler, with Scrimshaw 1 not out.

Gloucestershire won the toss and elected to field first.

Alex Blake would be caught by Taylor off the bowling of Worrall for 5 before Darren Stevens was caught by Chris Dent off the same bowler for 15. Grant Stewart was the final man out as he was run out by Miles Hammond for 1 with Jordan Cox (36 off 28 balls) and Qais Ahmad (6) the not out batsmen.

Hammond would be the first man out for the visitors as he was caught behind by Cox off the bowling of Matt Milnes for 33 before Dent was stumped by the same fielder off the bowling of Ahmad for 37. Ian Cockbain retired hurt for 30 with Glenn Phillips (41 off 25 balls) and Jack Taylor (4) not out as they easily knocked off the target.

There was no play at all due to rain. 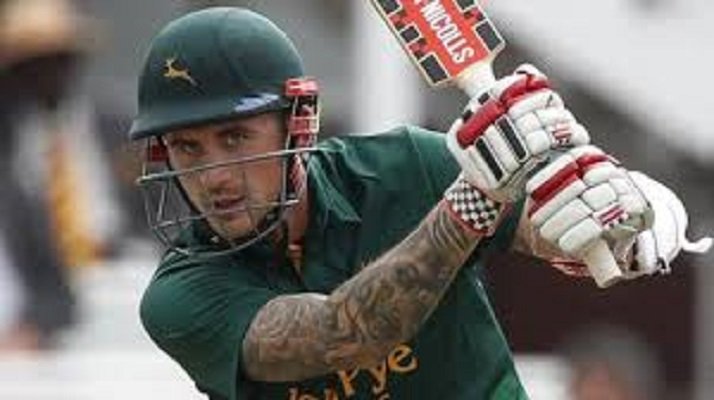