The Formula 1 season is just one week away. The pre-season test was conducted a week ago and it revealed quite a few interesting storylines. Mercedes was struggling, Alpha Tauri looked great while McLaren had an impressive outing. The 2021 season is supposed to be a precursor to the change in regulations in 2022 that are supposed to shuffle the grid and bunch the field close to each other. However, if the pre-season testing pace is indicative of anything then the 2021 season might just be one of the best in recent times.

#1 Mercedes and Red Bull to battle it out

Mercedes had a torrid time in Bahrain, the car suffered from reliability issues then Hamilton beached the car, and then ultimately the team just didn’t have enough time to understand how the car was performing. This has to be considered the worst showing in a Formula 1 test by Mercedes since 2014.

On the other hand, Red Bull seemed to have everything under control and in the words of Max Verstappen, they’ve had the best Formula 1 test since he joined Red Bull. Even in terms of performance Red Bull notched up impressive numbers and arguably had the most impressive car during the Formula 1 pre-season test.

Does this mean Red Bull has the edge with the season starting in a week? Yes, it does. But does it also mean that Mercedes would be too far behind to catch up? No, that’s not the case. What this means is that for the first time since 2013, Red Bull has a car with which they can win the races from the start of the season.

They have a car that will enable them to fight with Mercedes throughout the season. What that also means is that the Formula 1 fan will have the opportunity to watch Lewis Hamilton and Max Verstappen, two of the best drivers on the grid fight for the title in similarly paced cars. If that doesn’t get you excited, I don’t know what will.

McLaren, Alpine, Aston Martin, Alpha Tauri, and Ferrari. These five teams will form the highly competitive midfield for the 2021 season. What stands out the most is the drivers that each of these teams has at their disposal. McLaren has Daniel Ricciardo, Alpine has Fernando Alonso, Aston Martin has Sebastian Vettel while Ferrari has Charles Leclerc. Out of these 4, Alonso and Vettel are already multiple world champions while Charles Leclerc and Daniel Ricciardo are the class of the field in terms of driving ability.

In the 2021 season, we would see these teams with potential World Champions in their ranks fight for the midfield honors. It’s a rarity in Formula 1 that such a high caliber of drivers will be fighting amongst themselves to see who comes out on top. With Hamilton and Verstappen fighting at the front and Vettel, Alonso, Ricciardo, and Leclerc fighting with similarly paced cars to finish as the best of the rest, the 2021 Formula 1 season will feature high-quality action on the track.

#3 The grid has bunched up closer to each other

The primary purpose of the 2022 regulations is to bunch the grid together. To reduce the gaps between the front running teams and the midfield and the backmarkers. If the early impressions are indicative of anything then it seems that not only has the midfield bunched up closer to each other but it has also cut the gap to Red Bull and Mercedes.

Because of this, we will not see the field spread that had become the norm ever since Mercedes started winning in 2014. Rather we will see the midfield teams in striking distance to the teams at the front if anything goes wrong or falls short. What it also means we won’t see races where a Mercedes starting at the back is still able to make its way through the field and finish on the podium. In many ways, rather fortuitously Formula 1 could have the season they are trying to choreograph from 2022 onwards.

#4 Driver skill will be the differentiating factor

As I alluded to earlier, if the early impressions from the pre-season testing are accurate then the Formula 1 fan could be in for a treat. At the front, you will have Max Verstappen and Lewis Hamilton in similarly paced cars fighting it out for the Championship. In the midfield, you have Sebastian Vettel, Fernando Alonso, Charles Leclerc, and Daniel Ricciardo duking it out to be the ‘best of the rest.

We have a situation where drivers would be competing in similarly paced cars and the differentiating factor would be how consistent the teams are and how well the drivers can perform.  Both the Formula 1 fan and the drivers alike have finally been afforded a situation where top drivers from top teams will be fighting in similar machinery to find out who the best is. If there ever was an advertisement needed for Formula 1 then this has to be it.

#5 There will be a few surprise winners

The best part of a bunched-up field and such high-caliber drivers is the fact that no one can slip up. Neither the drivers nor the teams. In the 2020 season, we saw two surprise winners in Sergio Perez and Pierre Gasly. This time around, the grid has bunched up even further and the gap between the midfield teams and the teams at the front has reduced.

To add to this, in 2021 we have Fernando Alonso, a master in punching above the car’s weight, making a return to Formula 1.  To add to this, with the quality of drivers like Leclerc, Vettel, Alonso, Ricciardo, and Gasly waiting for the teams at the front to slip up you can expect a few surprise victories for the midfield teams.

So these were the reasons why I think the Formula 1 2021 season could be one of the best in recent times. What do you readers think? Have I missed something? Or do you expect the 2021 season to be similar to the last few seasons? Drop-in your views in the comments section and let me know. 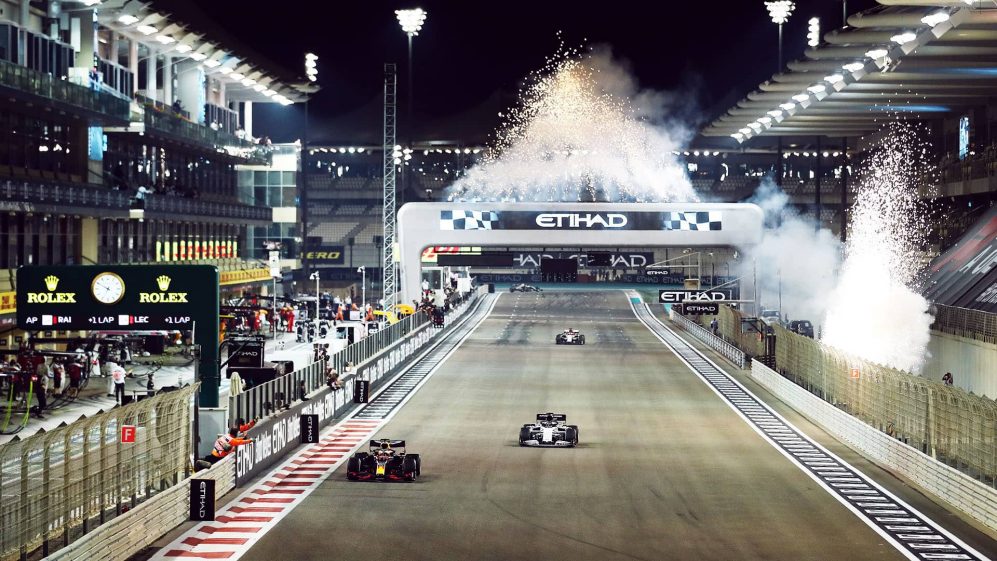