The price tag fetched by Glenn Maxwell surprised many in the last Indian Premier League (IPL) players auction. The Aussie all-rounder was bought by Royal Challengers Bangalore (RCB) for $1.95 million despite a mediocre performance by the player over the last few editions of the cricket’s richest T20 franchise-based tournament. Interestingly, in spite of that a bidding war broke out for Maxwell with Rajasthan Royals, Chennai Super Kings and Kolkata Knight Riders too going for him apart from RCB, who ultimately roped him in.

Maxwell probably remained the only player in IPL whose price kept on increasing despite giving a consistently poor performance. It had been an interesting journey for Maxwell who first featured in IPL in 2012 as a replacement player for the Delhi team. However, he got to play only two matches that season. He was first bought in the IPL auction by Mumbai Indians in 2013 for $1 million that year. In that season, Maxwell faced 27 balls in three matches in which he made 36 runs.

Kings XI Punjab (KXIP) got him for Rs 6 crore next year when Maxwell set the stage on fire scoring 552 runs at a staggering strike rate of 187.75 in 2014. He showed glimpses of what he is capable of by hitting 36 sixes that season, the most by any player. But Maxwell’s form dipped and he was released by KXIP for the 2018 season after three poor years.

In IPL auction 2018, the Delhi franchise included Maxwell paying a big price of Rs 9 crore. But the season again went poorly for Maxwell when he scored just 169 runs in 12 matches. The all-rounder skipped IPL 2019 to focus on ICC Cricket World Cup preparation. He returned to IPL for KXIP with a price of Rs 10.75 crore. But it went as a disastrous year for him as he could score only 108 runs in 13 games he played. This was also the first season for Maxwell in the IPL since 2013 in which he could not hit a single six.

Naturally, all eyes were on the Aussie as IPL returned to India this year. Being in a side that features the likes of Virat Kohli and AB de Villiers, Maxwell’s job perhaps was much tougher this time. Not only he has to fire, but he also needs to live up to the standard set by his two great teammates. The 32-year-old responded well. He seems to be a man on a mission, who is trying to prove his doubters wrong. After scoring 39 off 28 balls in the first match against Mumbai Indians, he hit his first 50 in over five years when he scored a 41-ball 59 against Sunrisers Hyderabad. In the third match, Maxwell smashed 78 off 49 balls as RCB thrashed Kolkata Knight Riders by 38 runs.

It seems the Big Show, as he is often referred to, is at home with the RCB. The batsman revealed that Kohli first spoke to him about joining the Bangalore side during India’s tour of Australia before the IPL auction. And now he is enjoying every moment here. Kohli said Maxwell has taken to Bangalore like a “duck to water”. “The guy is feeling happy and feeling backed and that’s what he feels in this team,” De Villiers said.

Former England spinner Graeme Swann believes Maxwell is content doing his job quietly at Bangalore while the spotlight remains on Kohli and De Villiers. “He’s got Virat Kohli and AB de Villiers in the team, and it really suits him, to be that third player who can just go out there and express himself, without having to carry the team,”

Swann told Star Sports TV. “This suits him. He looks in a very good place.” RCB coach Simon Katich too acknowledged Maxwell’s contribution. “He’s been magnificent. He’s had a big role for us, first in the field helping Virat out there with field positioning and has also taken a lot of the young guys under his wing at fielding practice, worked with him on that aspect of the game,” Katich pointed out.

No wonder he has his critics singing a different tune now. Former India opener Gautam Gambhir felt the real reason why Maxwell has not been able to continue in one franchise is because of his inconsistent performances. “He had to deliver as the franchise put a lot of faith and money in him,” the 2011 World Cup-winning player had said. But after three matches, Gambhir had to say, “Good that he has started the tournament very well.” 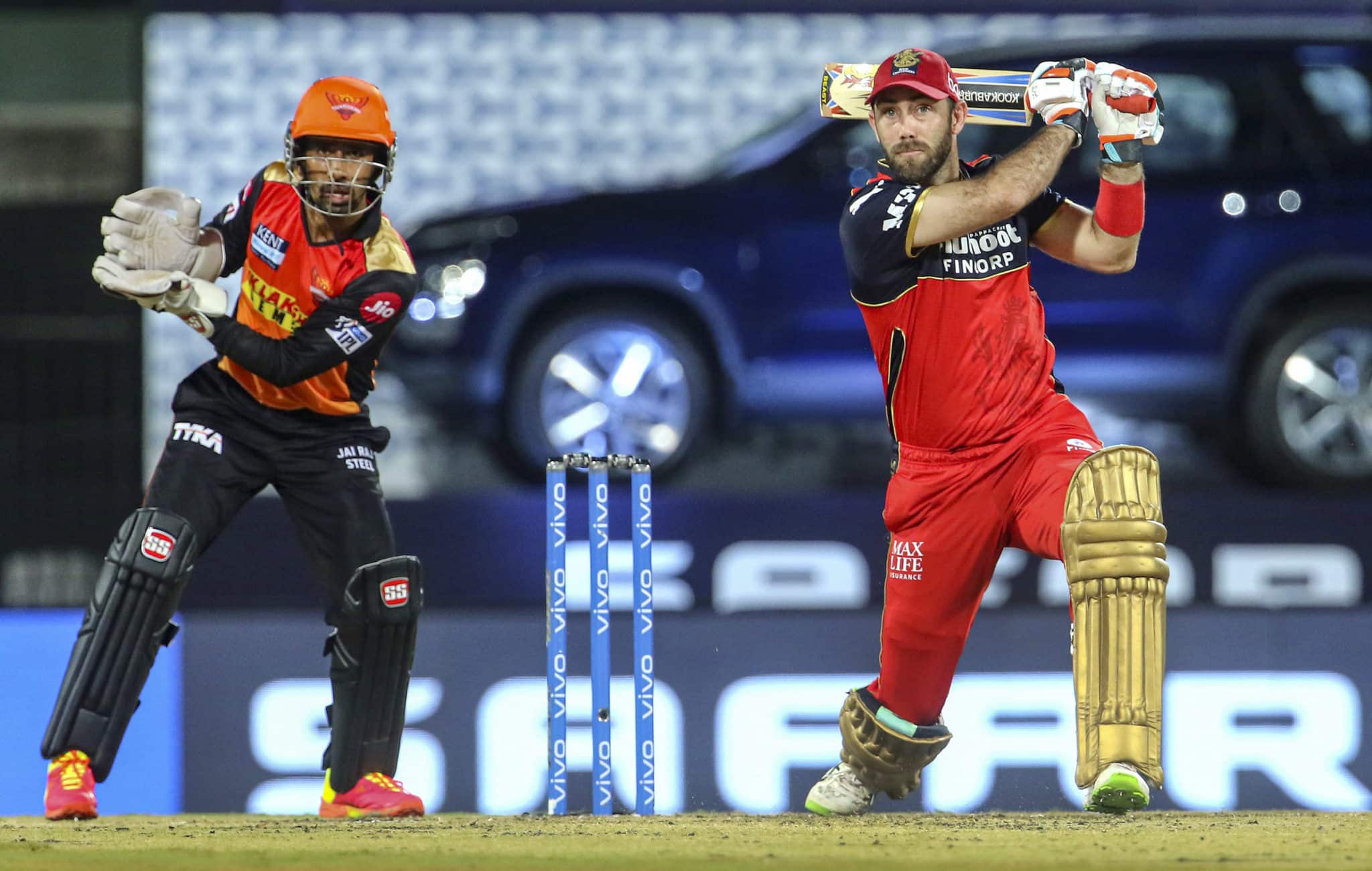