Day 1 of Premier League Matchweek 14 saw Manchester City move to the top of the table, whilst Liverpool and Chelsea both suffered shock defeats.

A stunning free-kick from Kevin De Bruyne was a worthy game-winning goal and the Belgian’s strike sent Pep Guardiola’s men to the summit of the Premier League.

The game plan from the home side was simple, play deep, soak up as much pressure as possible and then try and hit City on the break – and for the majority of the game, it was effective. The reigning English champions registered just five shots on target and were largely limited to pop shots from range.

In truth, Man City never got out of second gear, but in true champion fashion, they found a way to get the job done. Leicester did create some good chances of their own, and De Bruyne’s compatriot Youri Tielemans saw a sensational effort from range tipped onto the bar from Ederson.

Given that his side was without their superstar Erling Haaland, the result was always going to be more important than the performance in this game, and the three points see Pep Guardiola’s men move into first; whilst Leicester City remain in seventeenth, one point above the relegation zone.

A 92nd-minute header from Rodrigo Bentancur completed an impressive comeback for Spurs after they initially went 2-0 down at the Vitality Stadium.

Keiffer Moore fired the home side ahead in the 22nd minute, and he doubled the Cherries lead just four minutes after the interval, as it looked as though Bournemouth were going to seal a shock victory against the North London club.

However, Spurs demonstrated impressive resilience to get themselves back in the game, and after two goals from unlikely sources – Ryan Sessegnon in the 57th minute and Ben Davies in the 73rd, Tottenham were on the hunt for a winner with just twenty minutes to go.

Wave after wave of Tottenham attacks came, but Gary O’Neil’s men were able to keep them out and were edging ever closer to a much-deserved point. But, with the clock ticking, Bentancur nodded home from a corner in the 92nd minute and the away side’s comeback was officially complete.

Antonio Conte will be outraged that his team allowed themselves to lose control of the match, but will be delighted with the character his players displayed. The three points mean that Tottenham move to within just two points of Arsenal in second, whilst Bournemouth remain in a respectable fourteenth place.

Given that Aston Villa, Bournemouth, Leicester and Southampton all lost their respective fixtures this week, Thomas Frank will be slightly disappointed that his side was not able to get the three points in this game and move further away from a possible relegation battle.

As most teams do against this Wolves side, Brentford controlled possession and were the dominant team for large parts of the game. Despite that, it took until the 50th minute for the Bees to open the scoring, with Ben Mee heading home from a short corner routine by the home side.

It took fifty minutes to see the opening goal, and yet, just two minutes later, the game saw its second as Wolves equalised through their captain Ruben Neves who swept the ball past David Raya excellently from the edge of the area.

The game did see late drama, but unfortunately, it wasn’t in the form of a later winner. In the 97th minute, VAR picked up on an off-the-ball headbutt from Diego Costa on Ben Mee, which resulted in the former Chelsea striker receiving a straight red card for his antics.

It is fair to say that Graham Potter’s return to the Amex Stadium did not go as he would have hoped as he saw his former side thrash Chelsea 4-1.

Leandro Trossard continued his fine form and put the home side ahead inside five minutes after his relentless pressing resulted in a misplaced pass from Thiago Silva, which allowed Kaoru Mitoma to find Trossard in the box. The Belgian was perhaps the coolest man in the stadium, lifting his shot over the oncoming Kepa Arrizzabalaga to score his seventh Premier League goal of the season.

The defensive issues continued for the West London side as own goals from both Ruben Loftus-cheek and Trevoh Chalobah saw the Seagulls head into the halftime break three goals to the good.

It appeared as though Graham Potter’s team talk could inspire a comeback after Kai Havertz pulled one back for the visitors in the 48th minute, but the Blues were unable to take advantage of that momentum. Pascal Grob sealed victory for Robert De Zurbi’s men in the 92nd minute to cap off a terrible day at the office for Chelsea.

Brighton’s first win under De Zerbi sees them climb the table and are now in eighth place, whilst Chelsea are now three points behind fourth-placed Newcastle United.

Patrick Vieira’s men secured their third victory in five games as an Odsonne Edouard strike in the 38th minute was enough to secure all three points for the Eagles.

The home side started on the front foot and saw a Wilfried Zaha shot whistle past the post in the opening minute. Palace continued to dominate the game, with Eberechi Eze controlling the midfield, and moments after having a goal ruled out for offside, Odsonne Edouard finally fired the hosts ahead in the 38th minute.

Southampton played better in the second half, although it must be said that it would’ve been almost impossible for them to play any worse, and they caused the Eagles problems throughout the half. Guaita twice had to deny Che Adams from close-range, whilst Armstrong saw his effort bounce off the post.

The Saints were unfortunate to not find an equalizer, but ultimately have their first-half display to blame for the defeat, which leaves them in sixteenth as Crystal Palace remain in tenth place.

Read More: Thiago is BACK and Arthur will STAY at Liverpool – Klopp

Eddie Howe’s Newcastle are the real deal and this result, especially after their win against Tottenham last time out, is an emphatic statement to the Premier League ‘Big Six’.

It was a frantic opening half with both teams fairly evenly matched for the majority of the opening 45 minutes. However, in the sixth minute of added time, an Ashley Young handball gifted the Magpies a penalty, which Callum Wilson calmly fired home.

Two goals in three minutes after the break, the first being Wilson’s second of the game in the 56th minute and the second coming from Joelinton in the 59th, ended the match as a contest and effectively secured victory for Newcastle.

However, just to make sure of the fact, Eddie Howe’s man in form, Miguel Almiron, added a fourth in the 67th minute – his seventh Premier League goal of the season, to rub salt in the wounds of the Aston Villa players.

Unai Emery was not in the stands to witness the heavy defeat, but the result, as well as the lacklustre performance, will remind the Spaniard of the monumental challenge that is awaiting him. The victory means that Newcastle move three points clear of fifth-placed Chelsea, while Aston Villa are now just two points above the relegation zone in fifteenth.

Fulham extended their Premier League unbeaten run to four games after enduring a frustrating evening that ended in a goalless draw.

Fulham felt as though they should’ve been awarded a penalty after a clumsy challenge from Idrissa Gueye, who himself, was later furious with the officials and VAR after Aleksandar Mitrovic evaded a red card for a very late challenge.

In truth, neither side played well enough to be deserving of the three points, and although Jordan Pickford had to make several smart saves, a draw was probably a fair result.

The draw means that Marco Silva’s Fulham continue their fine start to the season and are in seventh whilst Everton are in twelfth.

Read More: 5 Premier League Players That Have Impressed This Season

Wow. Liverpool are the second ‘Big Six’ club of the day to suffer a shock defeat as Jurgen Klopp’s men lost 2-1 to Leeds United at Anfield.

The Reds endured a calamitous start to the match after Joe Gomez attempted to play a blind pass back to his goalkeeper Alisson, only for the Brazilian to slip which allowed Rodrigo to roll the ball into an empty net.

Liverpool showed their champion spirit and equalised just ten minutes later through their talisman Mohammed Salah, and but for an incredible Illan Meslier performance, Jurgen Klopp’s men may well have come away from this game with all three points.

However, Leeds United kept themselves in the game and they were rewarded for their efforts. 20-year-old Crysencio Summerville reacted quickly to a Wilfried Gnoto cross which allowed the Dutchman to guide the ball past Alisson in the Liverpool goal.

The defeat means that Liverpool, who are sitting in ninth place in the Premier League, have now lost as many games as they have won this season and seem a shadow of their former self. Leeds United, however, climb out of the bottom three and are now fifteenth, just four points behind Liverpool. 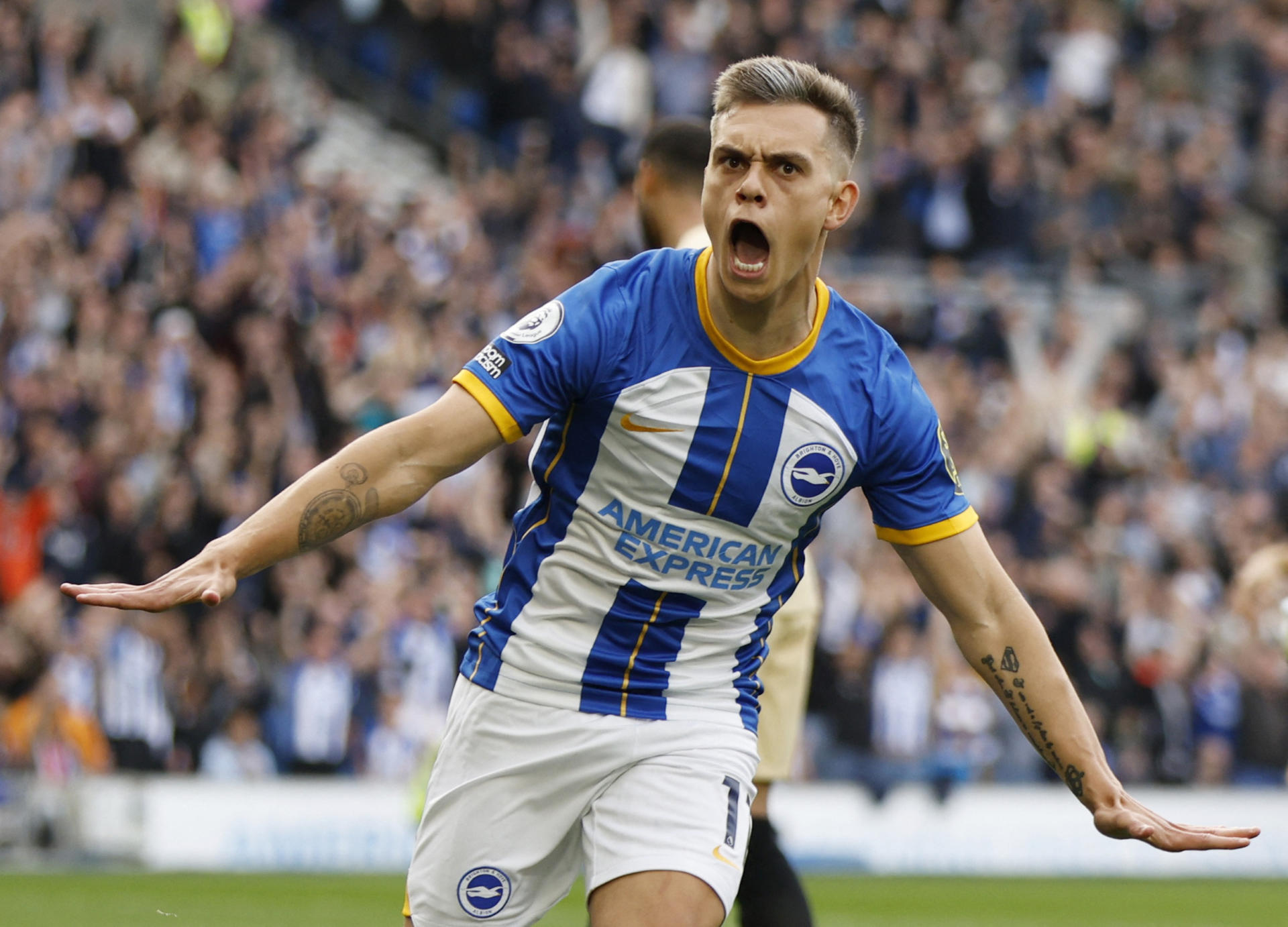