Sheffield Wednesday were most likely to score in the first half having numerous chances, playing around Rotherham, and seemed to control the midfield, with Luongo orchestrating the final ball over the top which cut up Rotherham’s backline. Unfortunately for the Owls, there was no final product.

Sheffield Wednesday did have the ball in the back of the net when Mendez Lang opened up the left flank, putting Marvin Johnson through but scuffed his shot right into the path of Hunt, who put it past the standard keeper, as he saw it ruled out for offside. This incident epitomised the day for the Owls as they went onto the rue their missed chances.

After the game Darren Moore said to the media:

“We were dominant in the game; the performance was excellent today. We weren’t ruthless enough in front of goal today. And to be standing here after a performance like that talking about losing from two set-pieces is obviously disappointing. I’m a firm believer that if the performance was there today then the results won’t be too far away.”

Rotherham United who before this game had scored 17 times from set-pieces and they did it another 2 times bringing their total of set-piece goals up to 19, the first goal was a well-worked corner floated to the edge of the box which was nodded towards the back post for Ladapo slot home from close range.

Looking at the stats of the game it was clear that Sheffield Wednesday was the dominant team in this fixture having 55 per cent possession, 15 shots, 6 of those on target, to Rotherham’s 9 shots only hitting the target twice which became the only goals of the game.

Paul Warne spoke to media after the match and admitted Wednesday were the better side as he stated:

“I thought Sheffield Wednesday were the better team by far, and somehow we’ve come away with the 2 nil. But you know good teams find a way to win even when they played badly, we defiantly got away with one today, we weren’t at our best today, but come we’ve away with the 3 points and that’s the main thing.”

Sheffield Wednesday on the other hand blew their chance to climb back into the playoffs after Saturday’s results went in their favour but remain in the running sitting just 1 point outside of the playoff places and will need to bounce back to winning ways when they host Accrington Stanley on Wednesday night. 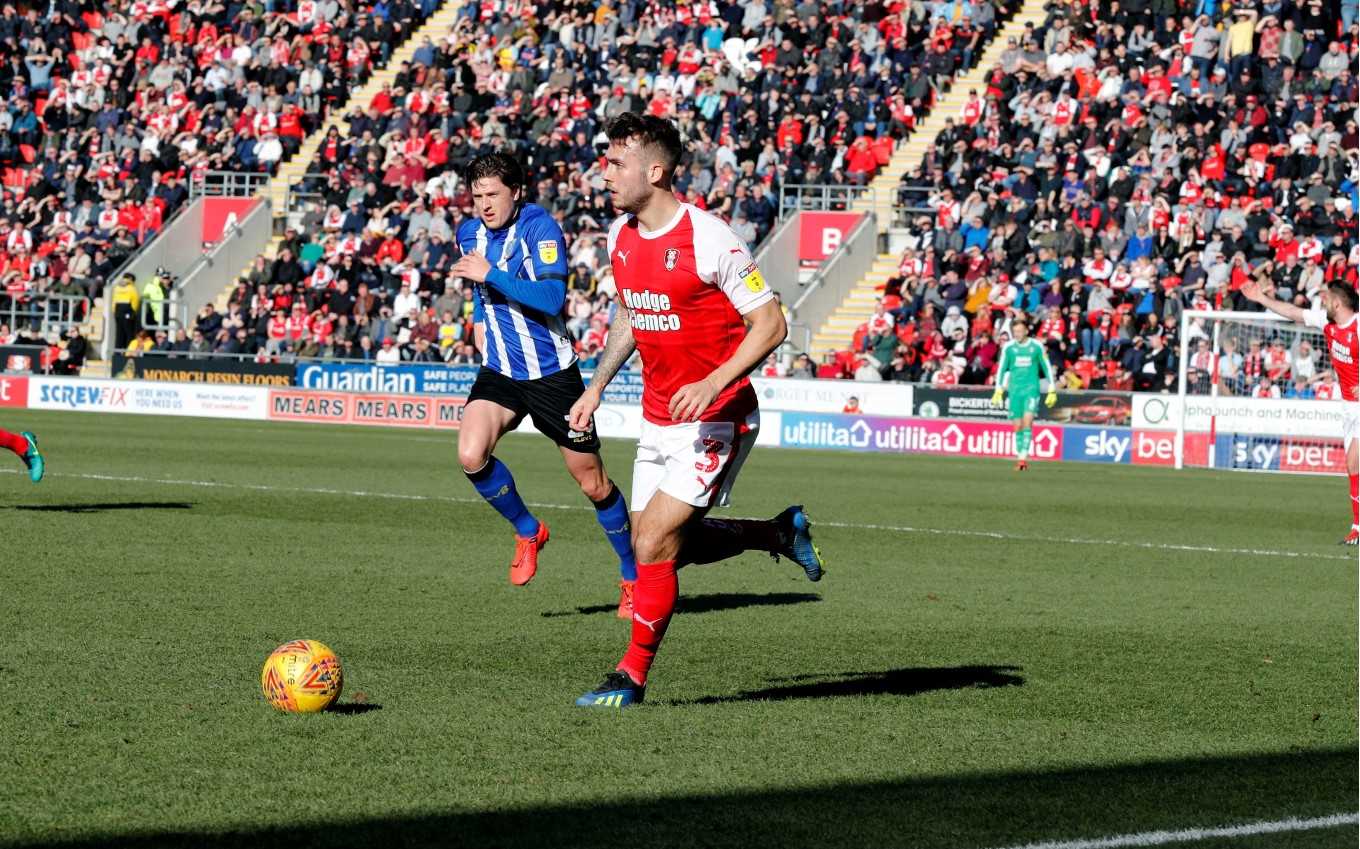