It was another interesting weekend of games in La Liga with Barcelona and Atletico Madrid dropping points along with what could be a very important win for Elche in the battle to beat the drop at the bottom of the table. Their 1-0 win saw move level of points with Eibar with now only the dreaded dotted line separating the two sides. Elche was promoted from the second tier last season and this win was only their fourth win in twenty-two games played. They now have two games in hand over Eibar who are now in real danger of losing their La Liga status they have held for seven seasons.

Defender Dani Calvo scored the only goal of the game in the first half which was a looping header from a cross from the right-hand side. It was fantastic to return to the Elche dug out for Fran Escriba who has replaced Jorge Almiron who resigned after their recent defeat to Celta Vigo. Escriba had been in charge of the club between 2012 to 2015 where he had led them to promotion to La Liga for the first time in twenty-four seasons.

The pressure continues on Ronald Koeman at Barcelona as they could only manage a 1-1 draw against Cadiz CF at The Camp Nou after their midweek humbling against PSG in the Champions League. Barca dominated the game with 81% of possession but it was a succession of wasted chances and impressive goalkeeping from Jeremias Ledesma that kept the visitors in the game.

Lionel Messi scored for Barca via the penalty spot which was his first-ever goal against Cadiz in La Liga with Álex Fernández equalising also from the penalty spot on 89 minutes. It’s a highly memorable goal for him as he came through the academy ranks at Real Madrid and has also played for Barca’s City rival’s Espanyol.

Eighth placed Levante have been in great form of late and shocked leaders Atletico Madrid with a 0-2 win at The Wanda Metropolitano Stadium. Jose Luis Morales deflected goal in the first half made it 0-1 with Atletico piling the pressure in the second half – It saw goalkeeper Daniel Cardenas in inspirational form making some impressive saves in only his second-ever appearance in La Liga. Atletico had twenty-eight shots to Levante’s six which is a clear indication of their dominance in the game.

In injury time with Atletico keeper, Jan Oblak came forward past the halfway line looking for an equaliser but the ball broke for Jorge De Frutos who was able to run unchallenged and score to record a famous victory for Levante who now have a real chance of a top-six finish and a possible European place for the 2021/21 season. De Frutos who has recently signed a five-year contract is having a brilliant season for Levante – He had seven assists and three goals so far. He joined Levante from Real Madrid Castilla (or ‘B’ team) in the summer of 2020. It was Atletico’s second defeat of the season so far.

Real Madrid‘s 0-1 win at struggling Real Valladolid courtesy of a Casemiro header in the second half sees them move to within three points of Atletico at the top of the table. Real had two goals chalked off for narrow offside decisions in the first half.

Swedish centre forward Alexander Isak scored a hat-trick for Real Sociedad in their 4-0 win over Alaves who are now only one point off of the drop zone. It was the 21-year old’s twelfth goal in twenty La Liga matches this season – I can see him joining a so-called ‘bigger team’ very soon.

The game of the weekend was Huesca v Granada. The visitors, fresh from their fantastic Europa League win over Napoli went ahead when Domingos Quina scored on 8 minutes. He had recently joined Granada on loan from Championship side Watford. Rafa Mir then missed a penalty kick for Huecsa – He is on loan from Wolverhampton Wanderers and will also be familiar with Nottingham Forest fans for his time on loan at The City Ground last season. It was 3-1 by half time with goals from Ruben Miranda, Jorge Pulido and an own goal. Albert Soro scored to make 3-2 early in the second half but it was the home side who held on for only their third victory of the season.

There is a game tonight as thirteenth place Osasuna entertain Sevilla who are currently fourth. On Wednesday evening Barcelona host Elche – A home victory which is expected by many fans would put Barca only two points away from Real Madrid in second place. 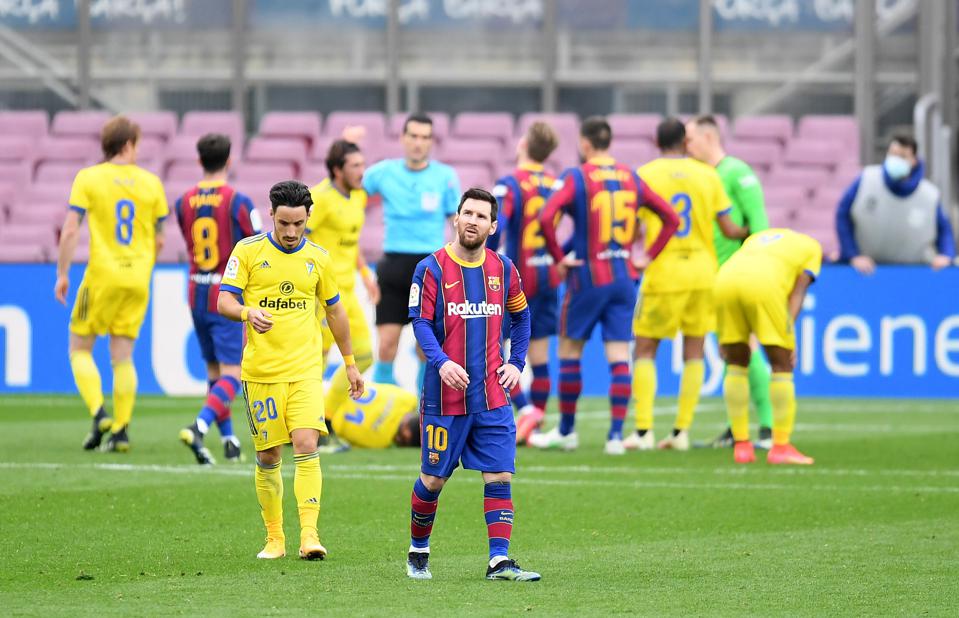