According to Ring Magazine, the following are the ten best pound-for-pound boxers in 2021.

After being out of the ring for almost two years The Gypsy King returned to defeat Deontay Wilder for the third time and prove why he is seen by many as the best heavyweight on the planet.

His trilogy bout with Wilder was legendary and will go down as one of the greatest heavyweight fights of all time. Despite the Bronze Bomber making significant improvements under new coach Malik Scott and knocking Fury down twice, it still wasn’t enough to beat The Gypsy King who rallied to a sensational knockout victory.

Fury is now set on unifying all the belts and becoming undisputed. He is likely to face the winner of Anthony Joshua and Oleksandr Usyk in 2022.

The Japanese boxer continued his dominance in the super flyweight division by beating experienced contender Francisco Rodriguez Jr in a 12 round unanimous division.

He will defend his WBO title one more time this year on December 31st against fellow Japanese fighter Ryoji Fukunaga.

In spite of a disappointing 2020 where he was beaten by Teofimo Lopez, Lomachenko proved this year that he is still one of the best pound-for-pound boxers and might not be past his prime.

The renowned Ukrainian fought Japanese contender Masayoshi Nakatani on the 26th of June and won via a 9th round stoppage. Then later in the year, he dominated the hard-hitting Richard Commey in an impressive 12 round points victory.

Lomachenko holds the WBO Inter-Continental lightweight title and could become mandatory to fight George Kambosos Jr next for all the belts.

Estrada defeated the highly rated Roman Gonzalez via split decision to capture the WBA super flyweight title. Several years ago Gonzalez was ranked as one of the best fighters in the world, therefore, this was one of Estrada’s best victories to date.

The Mexican has not lost a fight since 2018 against Wisaksil Wangek and avenged this loss in 2019.

He is scheduled to rematch Gonzalez on the 3rd of March 2022 in what should be another thrilling contest.

The Truth did not fight in 2021, regardless, he is one of the best welterweights in the world alongside Terence Crawford.

Even though he suffered a hellacious car accident in 2019, Spence returned in December 2020 and conclusively defeated the talented Danny Garcia via a 12 round unanimous decision.

It has now been confirmed that Spence will face Yordenis Ugas in early 2022 with the WBA, WBC, and IBF titles all on the line.

Taylor only fought once in 2021 and beat the previously undefeated Jose Carlos Ramirez on points. Ramirez was down in rounds six and seven and Taylor showed why he is the undisputed junior welterweight champion.

The Tartan Tornado will defend all his belts on the 26th of February 2022 against fellow Brit Jack Catterall. This will be the sixth unbeaten fighter Taylor has faced in a row.

If Taylor wins, he could move up in weight to challenge Terence Crawford for the WBO welterweight title.

Against Michael Dasmarinas, Inoue landed a sensational left hook to the body to end the contest. Whereas, when fighting Aran Dipaen, the Monster forced the referee to stop the fight by dominating his opponent and hitting him with several clean punches.

The 28-year-old remains unbeaten and has defeated world-class boxers in the past such as Nonito Donaire to justify his position in the top 5 pound-for-pound rankings.

Crawford became the only man to stop Shawn Porter by forcing a stoppage in the 10th round. Bud showcased his punching power, boxing IQ, and toughness to defeat a very game opponent.

The man from Omaha is 38-0 with 29 KOs and has convincingly beaten every opponent that has been put in front of him. Not to mention, previously unifying the 140-pound division.

Crawford recently left Top Rank in search of higher quality opposition to cement his legacy. He could face the winner of Spence-Ugas in 2022 or entertain a bout against fellow unbeaten superstar Josh Taylor.

Usyk outclassed Anthony Joshua on the 25th of September 2021 to attain the IBF, WBO, IBO, and WBA heavyweight titles.

Even though he was a slight underdog going into the contest, the Ukrainian showed why he is an Olympic gold medallist and former undisputed cruiserweight champion.

Joshua is set to invoke his rematch clause and fight Usyk again in 2022. If Usyk wins he may face Tyson Fury for all the belts in an attempt to become undisputed at heavyweight as well.

The Mexican superstar and pound-for-pound king had an incredibly active 2021 where he fought three times to become the first-ever undisputed super middleweight champion.

He made easy work of Avni Yildrim, before brutally beating Billy Joe Saunders and then stopping Caleb Plant in the 11th round.
Canelo has expressed an interest in fighting Artur Beterbiev to capture the WBC and IBF light-heavyweight titles. Besides moving up to cruiserweight to fight Ilunga Makabu and become a 5-weight world champion. 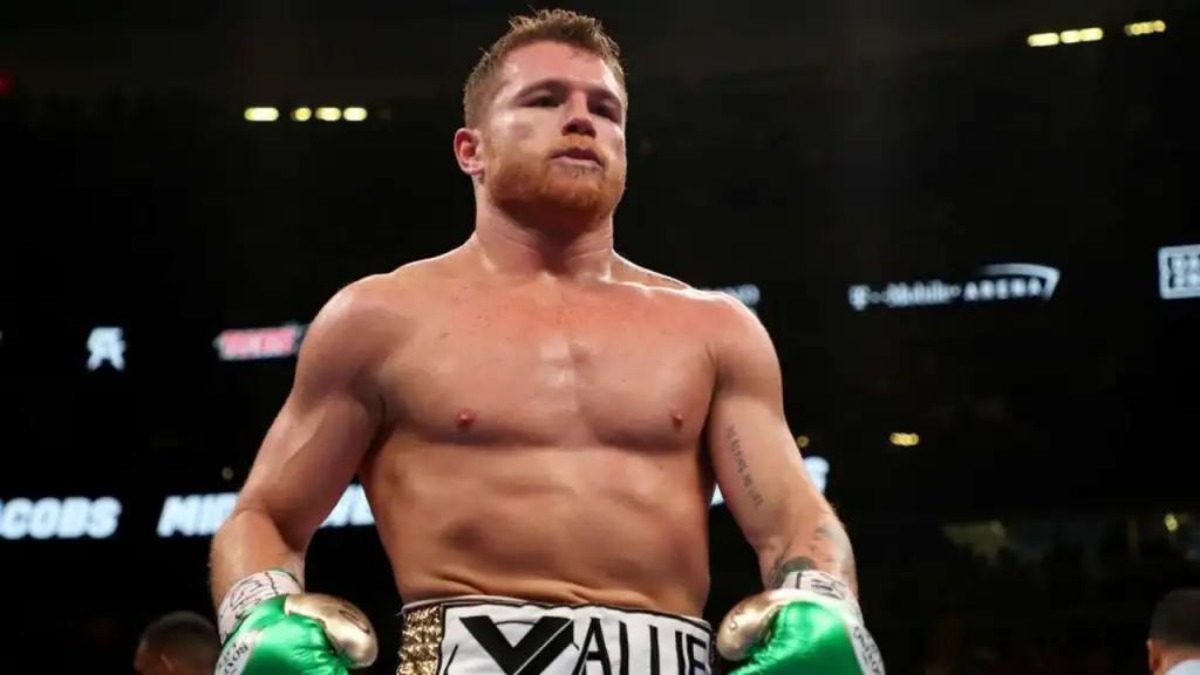